This graphics card is powered using a single 8-pin PCIe power connector, just like most other RX 590 graphics cards and ships with both overclocked and reference speed variants, though both models offer end users the same PCB and cooler designs. AMD's RX 590 GDDR5 memory specifications also remain unchanged, giving this model little to differentiate itself from its peers. 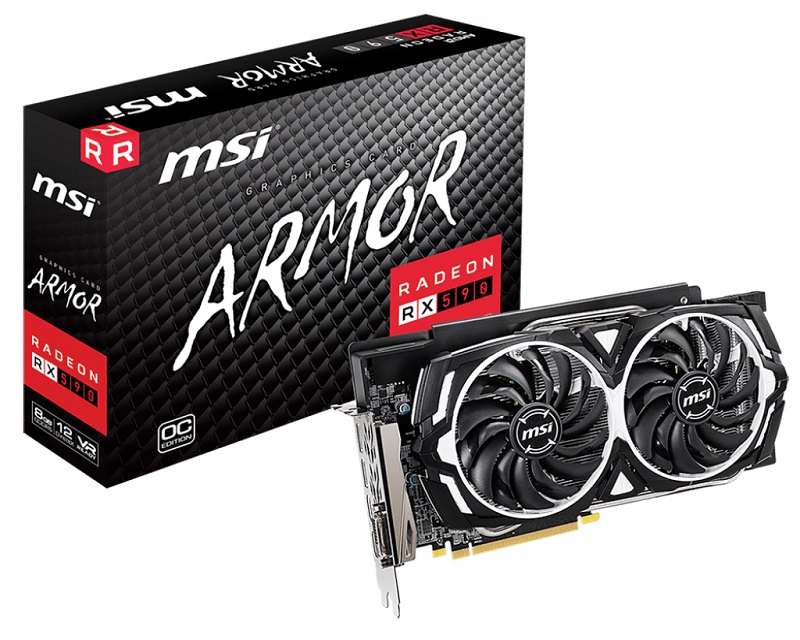 On the display output side, MSI's RX 590 ARMOR ships with two HDMI 2.0 outputs, a single DVD-D connection and a single DisplayPort 1.4 port.

You can join the discussion on MSI's RX 590 ARMOR graphics card on the OC3D Forums.