If this listing is accurate, it confirms AMD's plans to released multiple 16GB graphics cards as part of their RX 6000 series, giving Radeon hardware more VRAM than their Geforce counterparts. As gaming enters a new console era, this additional VRAM could prove vital when delivering satisfying 4K visuals, potentially giving AMD's new graphics cards an advantage over their Geforce counterparts.

The VRAM listings of these EEC listings also line up with recently leaked specifications for AMD's Radeon RX 6000 series, which includes 16GB of VRAM on its RX 6900 XT, RX 6800 XT and RX 6800 models.

AMD's due to reveal its RX 6000 series of graphics cards later today as part of their "Where Gaming Begins Part 2" stream. This stream can be viewed here. 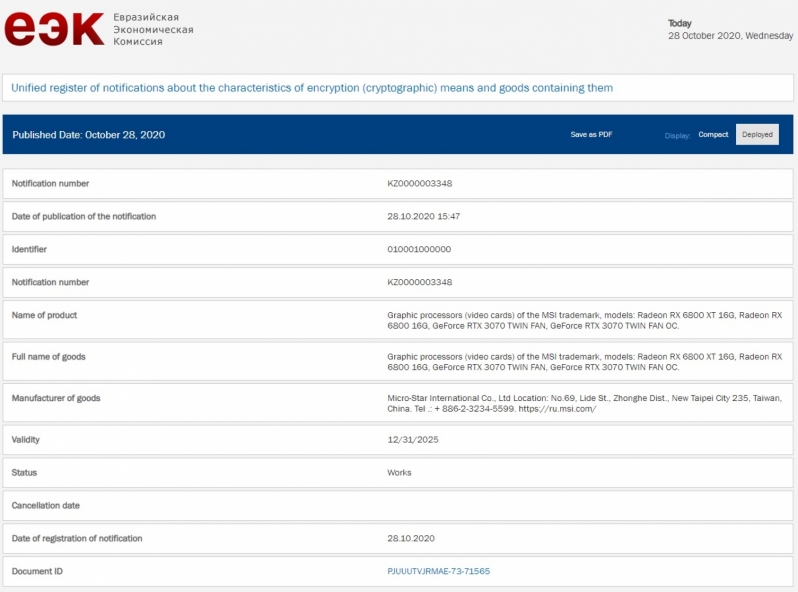 You can join the discussion on MSI's 16GB Radeon RX 6000 series GPU listings on the OC3D Forums.