AMD's Radeon RX 5700 and RX 5700 XT graphics cards are now available, bringing with them some much-needed competition within the GPU marketplace, bringing a new core architecture from Radeon as well as unique features such as Display Stream Compression, which enables 4K 144Hz refresh rates without Chroma sub-sampling.

Whatever way you look at it, Navi represents a major shift for Radeon within the world of PC graphics, but the company's launch of reference-only GPU models has done the company no favours when it comes to attracting new customers. Our review for AMD's reference RX 5700 and RX 5700 XT graphics cards is available to read here. 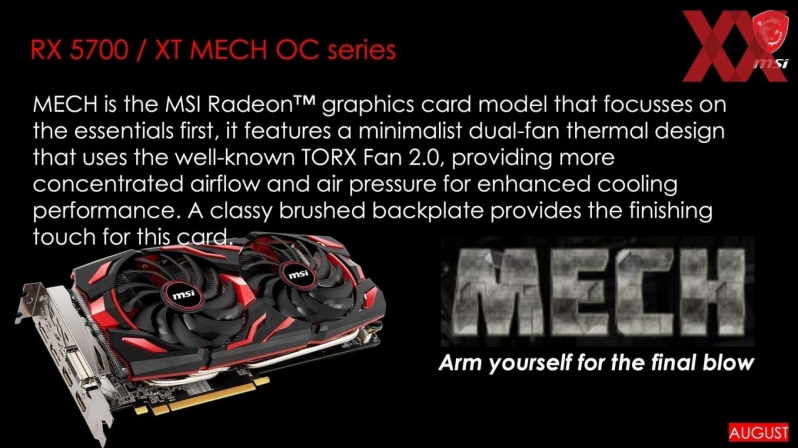 This announcement comes via HardwareLUXX, confirming that we should not expect custom Radeon Navi cards this month, a factor which will leave team Radeon behind their Geforce competitors.

While AMD's reference RX 5700 series coolers are capable, PC hardware enthusiasts will likely opt to wait for aftermarket cooled Navi cards before committing to their next GPU purchase, especially if factory overclocks are also on the cards. 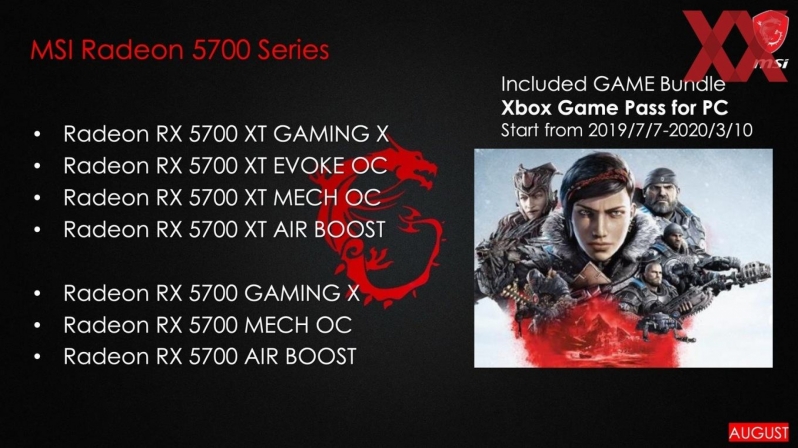 Our review for AMD's reference RX 5700 and RX 5700 XT graphics cards is available to read here. Expect to see reviews for custom RX 5700 series graphics cards at a later date.

You can join the discussion on MSI's custom Radeon RX 5700 series graphics card plans on the OC3D Forums.

NeverBackDown
Just wish AMD got their butt into gear and had these at launch.Quote

AlienALX
Quote:
It's not about getting anything into gear it's about week 1 sales.

That's why they always arrive late on AMD.Quote

NeverBackDown
No sales when they are crap and perform as such because stock blower coolers are awful.

First impressions matter and they do need to get better at AIB support early on.Quote

tgrech
Since AMD only started selling their own(Well, Sapphires) cards again recently I'd assume the gap they usually have is because they want to get the cards to market quicker than would be possible if they waited for OEM partners to manufacture and ship out enough custom stock for launch. A 1 month delay means the custom cards must have been completely finalised for launch day, maybe Sapphire just get the bulk of the early chips until closer to launch day so AMD knows they can meet OEM PC manufacturers demands quickly. Of course NVidia has had no reason to rush any of their recent launches really, though with the RTX2080/2070 they were essentially paper launches with barely any stock at all for weeks if I remember correctly.Quote

NeverBackDown
Or just easily give AIB more partners an earlier lead time so they can launch at the same time or within a few days. Really no excuse.Quote
Reply