MSI has officially announced their GTX 1080 Ti Lightning Z, which comes with RGB lighting, a triple fan cooler and higher clocks than any other MSI-made GTX 1080 Ti.
This new GPU will come with 3x 8-pin power connections, allowing this GPU to be supplied insane levels of power, which is ideal for those who wish to cool this GPU under LN2 for some pro-overclocking sessions. This extra power will not be very useful for normal gamers, though certain other features will be of interest.
We can see that this GPU will use a three fan solution and use a triple slot cooler design, which should allow this GPU to easily dissipate heat while remaining quiet under load, at least when compared to MSI's standard dual fan GTX 1080 Ti designs.
Looking at the backplate we can also see that MSI has integrated what looks like a rear-mounted heat-pipe to help dissipate heat at the rear of the GPU, which is a feature that is very rare on modern hardware. 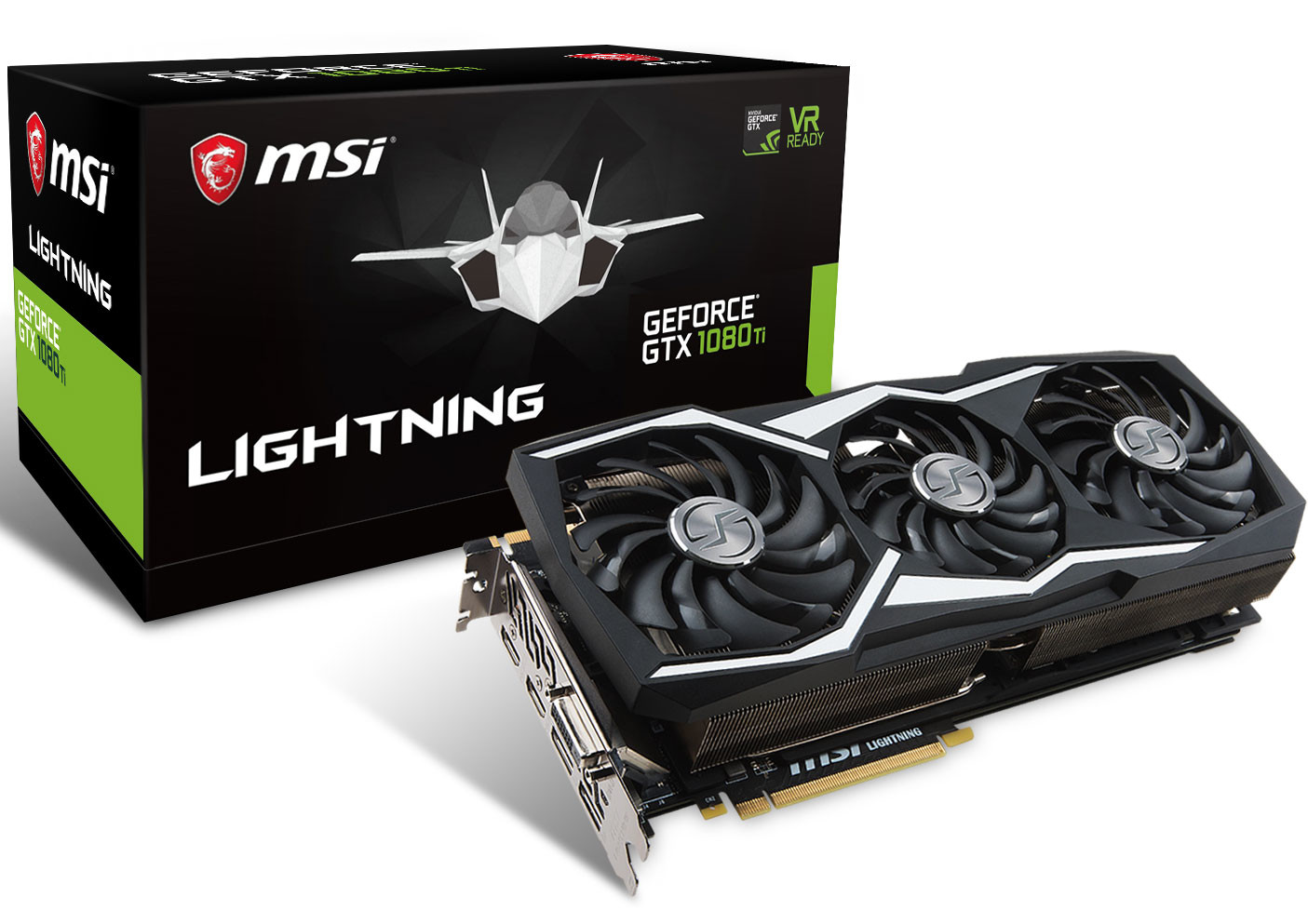 On the rear I/O this GPU will support dual HDMI 2.0b ports, dual DisplayPort 1.4 ports and a single DVI-D port, with this GPU sporting an extra tall PCB design and a 3-slot cooler. 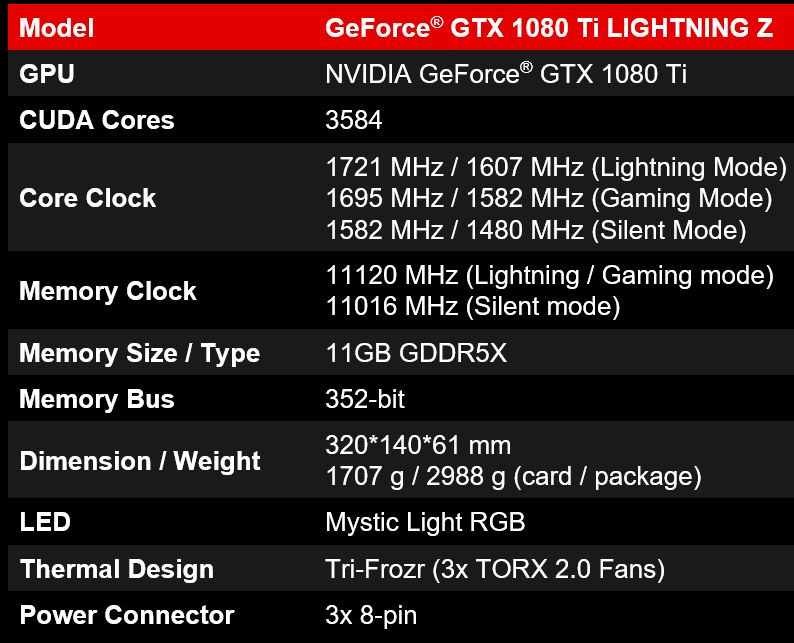 You can join the discussion on MSI's GTX 1080 Ti Lightning Z on the OC3D Forums.

NeverBackDown
They take this long for a Lightning....
Then they ruin it.Quote

evilcorp
I thought MSI were making progress when i first saw the cooler. I was wrong

The back plate is awful. Can everyone please get over the RGB craze already?Quote

AngryGoldfish
It looks all right to me. Not good but not bad either.

What's funny is the GTX 2080 could be out six months from now. That's insane to me. When I bought my Fury it would two years before Vega comes out.Quote
Reply