Today, both Geforce RTX 2080 and RTX 2080 Ti Gaming X Trio and DUKE OC models are available to pre-order, though MSI has assured us that Aero, Sea Hawk and Ventus models are coming.

The flagship series of MSI's new Turing lineup is their Gaming X Trio series, which feature the company's custom TORX 3.0 fans, a triple fan cooler and what appears to be a 2.5-slot heatsink. Sadly, like most custom Turing graphics cards, MSI has not released and finalised clock speeds at this time.

On the rear of the graphics card we can see a brushed metal backplate with MSI's dragon shield logo, as well as an NV-link connection, though the sheer size of this graphics card's cooler may make NVLink/SLI connectivity difficult, as standard bridges will not work with two identical RTX 20XX Gaming X Trio graphics cards. 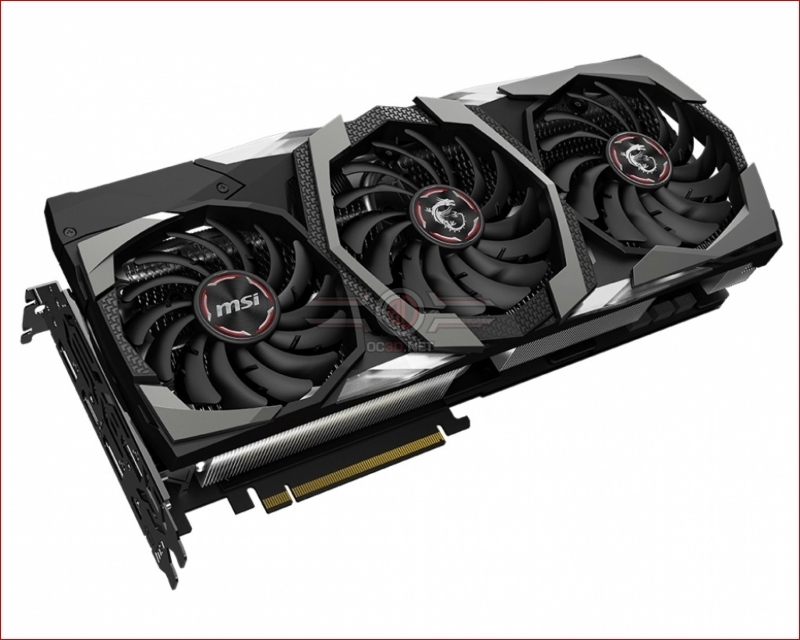 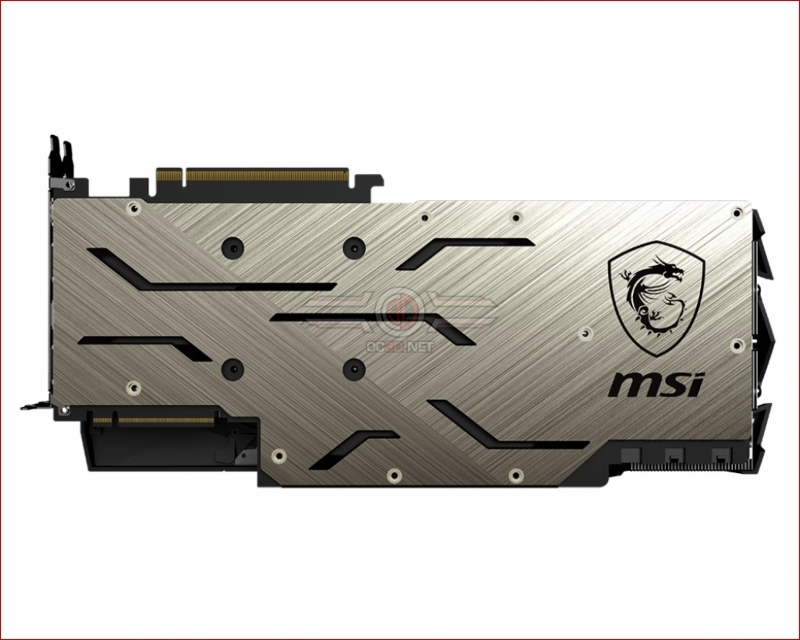 Mowing onto the MSI RTX 2080 Ti and 2080 DUKE, we see RGB illumination beside and around the graphics card's Nvidia Logo, limiting RGB functionality to a singular location. The Duke cooler design appears to be fitted onto a reference-style PCB and uses an extended cooler that can accommodate three TORX 2.0 fans.

Just like the Gaming X Trio, the DUKE's clock speeds are unknown, though they are likely to match or extend beyond what is available on Nvidia's Founders Edition models. Below MSI's DUKE model we have MSI's planned Aero series, which uses reference-style blower fans to act as an affordable entry into the Turing ecosystem. 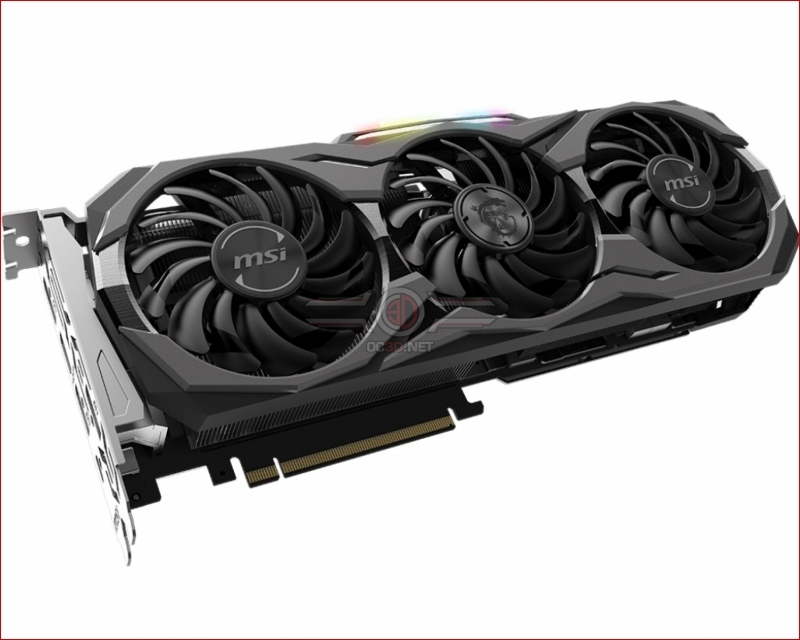 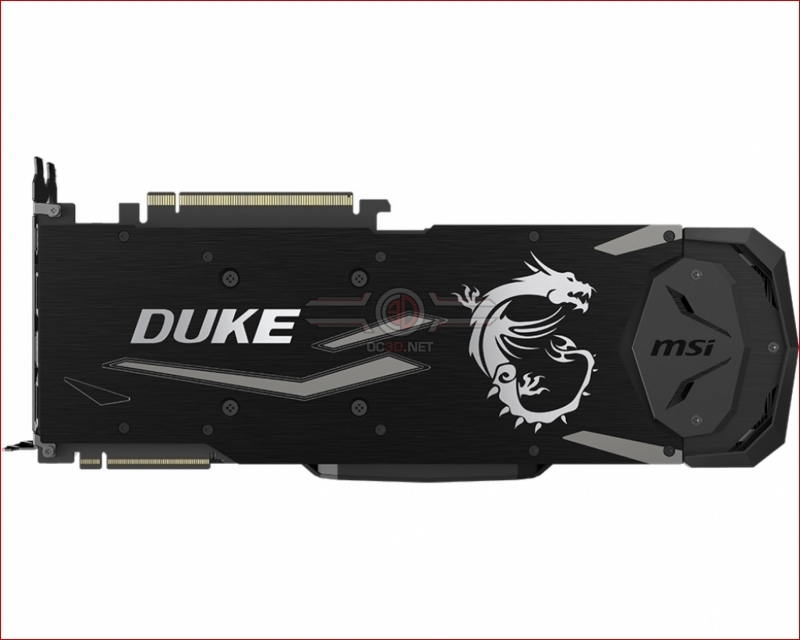 The newest addition to MSI's graphics lineup is the Ventus series, which will feature a dual-fan cooler that is similar to Nvidia's Founders Edition models, delivering a minimalistic appearance for more compact gaming PCs.

Our recommendation is to wait for more detailed specifications and performance numbers before purchasing/pre-ordering any Turing graphics card.

You can join the discussion on MSI's RTX 20 series graphics cards on the OC3D Forums.

Avet
Thank you MSI for finally ditching red after 5 years of moaning from consumers.Quote

NeverBackDown
Seeing as how all the coolers are massive(using this as an indication of heat output) I think the Sea Hawk is really going to be a good solution finally. It was decent before but not really worth the premium.
Kinda like the Fury series I guessQuote

in case horizontal placement = logo underneath no need cant even see it .... but in a vertical mount case back of card visible logo upside down ... OCD kicks in !!!

Darkdayzzz
Quote:
in case horizontal placement = logo underneath no need cant even see it

I think you need to relook at the images. If any of these cards shown were placed in my current rig horizontally (don't have a vertical mount spot) then the msi logo and dragon would be facing me the correct way (aka readable). They would not be wrong - this is the logo and dragon the backplate, no one cares about the fan spot unless vertical mounted.

As for vertical mounted.....what is the point as you can't see it anyways as the backplate is facing the mobo. if this was about the front logo with the fans then sure but that is typically correct.

no disrespect, if I misunderstood what you meant then my apologies.Quote

always a but ... be obvious when i say vertically mounted i mean cases that have a horizontal mounted motherboard other wise my rant would be one of a idiot , should of made myself more clear on that point i guess


logo/image upside down and even worse if its lit up

so if you get my drift its cost nothing to actually flip it, as you said if mounted horizontally yer they would face you, but otherwise as in the image above its always upside down and the asus ones look even worse

should at least try do it in a way were they make it so the image can be flipped round ... maybe on just some high end cards or print out a certain number


and there is plenty of cases where the motherboard is mounted horizontally , a lot that are above average price as well (what ever that is these days)
henc that's when the ocd kicks in

did that make scene or was it a waffle again lol


altho there is places like this if you cant make one yourself but that will just add up extra spondoules to the now obnoxious prices of cards --> https://www.jmmods.com/gpu-backplatesQuote
Reply