These leaks come courtesy of Videcardz, showcasing MSI's GAMING X TRIO edition cards, which both feature a three fan cooling solution and RGB illumination. Strangely, the front fan on these custom graphics cards is smaller than the two others, giving this card an asymmetric appearance. 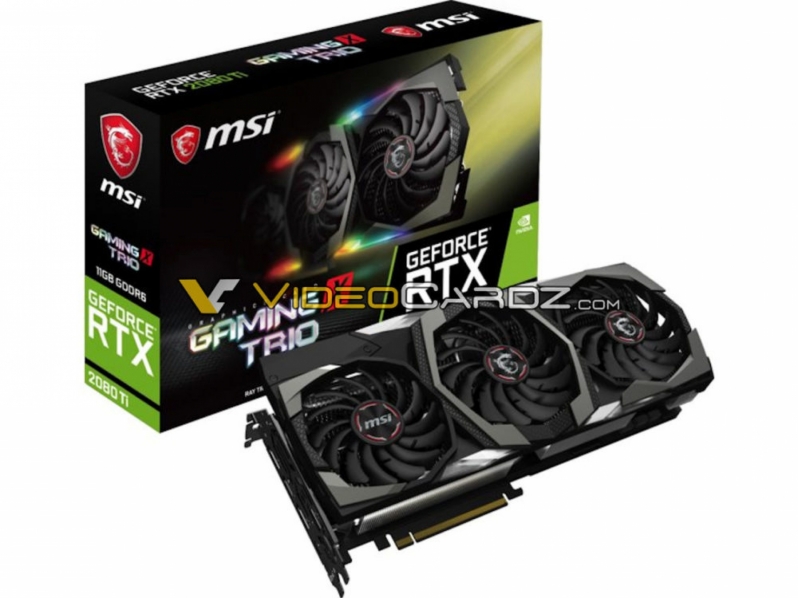 On the rear of the graphics card, we see a steel coloured backplate that covers the length of the PCB, offering a brushed metal aesthetic and MSI's Dragon Shield logo. We can also see here that Nvidia has replaced their standard SLI connectors for an NVLink connection, which will likely offer users additional bandwidth for high resolution/framerate multi-GPU setups.

Nvidia's HB (High Bandwidth) SLI bridges were created due to the limitations of Nvidia's SLI technology, which is likely what prompted the company's move towards NVLink in the consumer market. HB SLI bridges will likely be inadequate for the coming 4K 144Hz world. 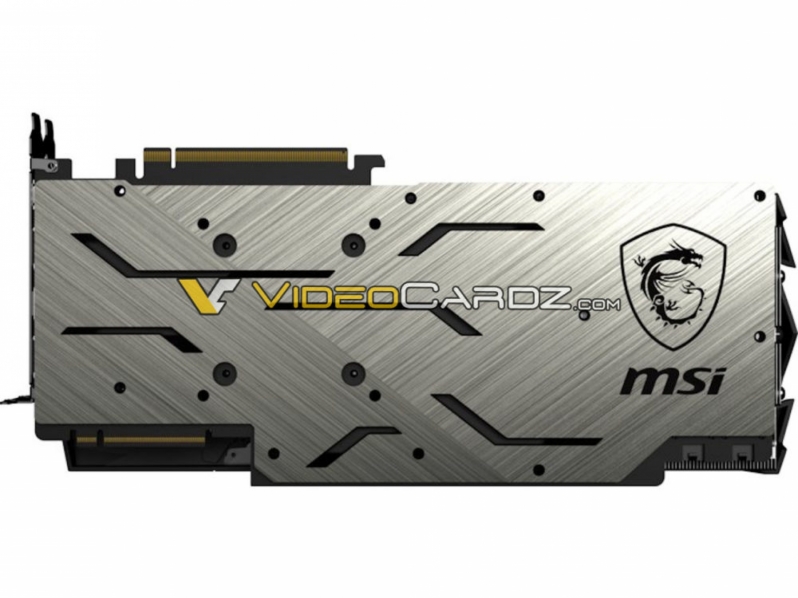 Below we can also see MSI's RTX 2080 GAMING X Trio graphics card, which shares the same cooler design as its higher-end Ti counterpart, though at this time the specifications of both graphics cards remain unclear. 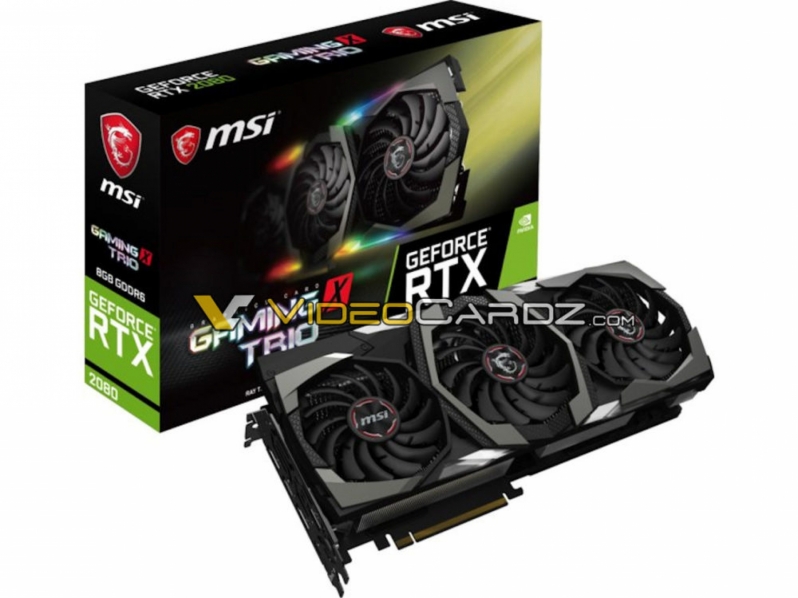 You can join the discussion on MSI's leaked Geforce RTX 2080 and RTX 2080 Ti GAMING X TRIO graphics cards on the OC3D Forums.

Bartacus
So SLI isn't dead, it's just been revamped. Interesting.Quote

AlienALX
Quote:
SLI is dead. The name, the way it worked and etc. I would be amazed if Nvidia still call it SLI, but I suppose we will see.

What I find more interesting is the fact that there may be a 2080Ti already lined up. Are they going to launch the entire range this time all at once? or get all of the "enthusiasts" to buy a 2080, then brain wash them into a 2080Ti at a later date?

Also, let me say this now, before they launch a crumb... This is speculation mixed with opinion and some fact...

DO NOT fall for the Ray Tracing marketing (this is not aimed at you Bart, but every one). From what you can tell there is one game coming out for it even remotely soon (Metro) and it won't make ANY difference to the gameplay. It will be years before we see proper fully ray traced games, and by the time we do your 2080/Ti will be woefully outdated.

Think of RT now like the Physx PPU. So early games will be quite basic (like Mirror's Edge) but will have a cool factor. However, fast forward two years? that PPU could not even run the next Physx title. Believe me I tried.

It required much newer hardware by the time Mafia 2 came out, so those who paid £200 or so just to play Mirror's Edge did just that.

If you think a £500 price premium is worth it for Metro? go right ahead. If not? don't bother. The 10 series are perfectly capable of running any game on the market now and in the foreseeable because they are all cross coded console games and will remain so. If Nvidia had gotten their GPUs into consoles? then yes, we would likely see a RT version of the consoles but we won't now.

Nvidia have nothing now. Nothing worth anything, so they are going to be pushing RT has hard as they can. However, it is 99% a sales pitch designed to detach you from your cash, and nothing else. It will be years before we see properly RT games.Quote

Pinheiro7
Quote:
I registered only to say that you won the internet for today. But unfortunately people will still buy it just to run those RT benchmarks... I have now a 1060 6gb, and I'm only waiting for the prices of the 1080 to come down to upgrade.Quote

AlienALX
Quote:
Just watching a video, and this guy reckons that the 2080Ti is cut down. So basically a Ti on mid range silicon.

If that is true Nvidia are rinsing it for everything they have. It's also been pointed out in the comments that RT won't be a thing for a long while yet but will any one listen? doubt it. Highly doubt it.

My Titan XP should be more than safe then, given it has always been 5% min faster than any 1080Ti I have ever encountered (whether it be under air or water) and it itself is under water (my TXP).

So I need absolutely nothing for at least another two years then, as I suspected.Quote

Dicehunter
2080 and 2080 Ti ? seems odd they'd release the Ti model at the same time, Guess that means they'll be releasing something else new in around 6-9 months time if we're going to have the Ti so soon.Quote
Reply