It looks like MSI plans to release the world's smalled RTX series graphics card, bringing the ray tracing umph of the RTX 2070 into the confines of the ITX form factor.

While the compact nature of this graphics card should be commended, it comes with a few shortcomings, both of which are visible from Videocardz's leaked images. As we can see the boxart has no mention of a factory overclock, likely giving this graphics card performance levels that are below Nvidia's Founders Edition, and based on the rear I/O of this image below it also lacks support for DisplayLink (though most RTX 2070 cards lack DisplayLink connectivity).

To be fair, the latter of these two issues is rather inconsequential, at least right now, given the lack of DisplayLink compliant displays or VR headsets in the world, even so, this shortcoming is worth taking note of if you are in any way interested in VR gaming, as it could limit your future headset options. Based on the image below it looks like the RTX 2070 Aero will feature three DisplayPort connections and a single HDMI 2.0 connection. 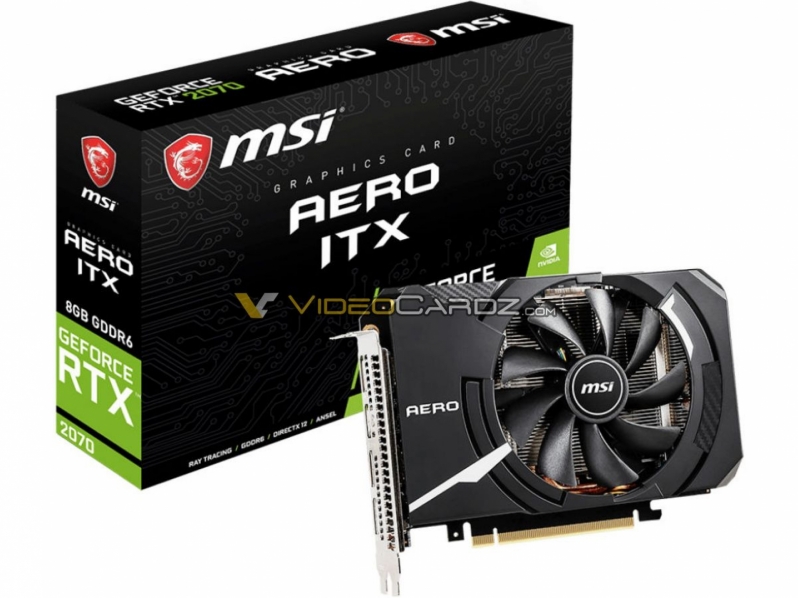 At this time the pricing and release date of MSI's Geforce RTX 2070 AERO ITX is unknown, though it is expected to sit on the lower end of the RTX 2070 spectrum, given its expected lack of a factory overclock.

You can join the discussion on MSI's RTX 2070 AERO ITX graphics card on the OC3D Forums.