Not only will AMD's next-generation RDNA graphics architecture feature support for "hardware-accelerated ray tracing", but it will also feature support for Microsoft's "patented Variable Rate Shading (VRS) technology". Yes, Nvidia already supports forms of Raytracing and VRS with Turing. Still, Radeon's implementation will be on-spec for Microsoft's next-generation console, giving Radeon an advantage that could help overcome Nvidia's head-start into the worlds of VRS and Ray Tracing.

Microsoft has also confirmed that their Xbox Series X console will support 4K at up to 120Hz, 8K resolutions and Variable Refresh Rates (VRR), which means that the console will support HDMI 2.1. It is also likely that these features will be supported by next-generation RDNA graphics cards.

The question that remains is when we can expect AMD to release its next-generation of Radeon graphics cards? Hopefully, these graphics cards will release before Microsoft's Xbox Series X, and Sony's PlayStation 5 consoles, as failure to do so will result in lost sales to Nvidia, who already support VRS and hardware-accelerated raytracing. Radeon needs to be ready to release its next-generation RDNA architecture in mid-2020 to take advantage of gaming's next-generation push, especially when companies like Intel are planning to enter the market. 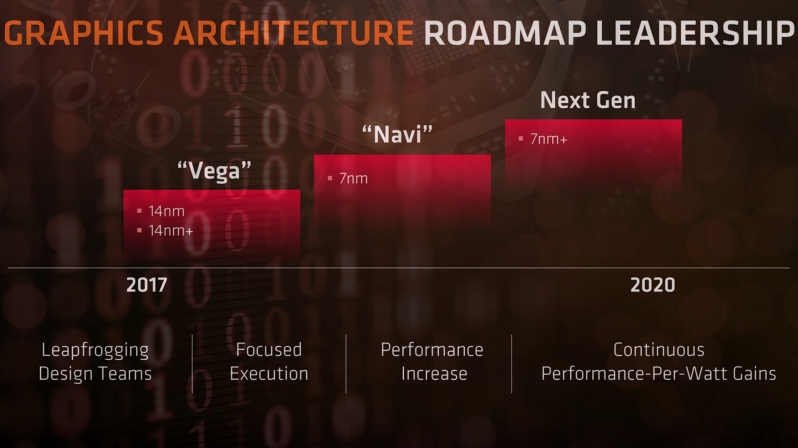 AMD's next-generation RDNA architecture is due to release in 2020 on TSMC's 7nm+ node. At this time it is unknown what other design changes AMD will push with RDNA 2, but let's hope that team Radeon can push its clock speeds and GPU IPC to new heights. We need more performance in today's games, not just the VRS and raytraced games of tomorrow.

You can join the discussion on Microsoft's Xbox Series X giving us a look into AMD's RDNA roadmap on the OC3D Forums.