Micron has revealed that they have a lunch partnership with Nvidia for their RTX 20 series of graphics cards, confirming that they are the company's supplier for early Turing-based Geforce graphics cards.

On the Quadro side, we already know that Nvidia has backed Samsung, the only producer of 16Gb GDDR6 memory, but that isn't the case for Geforce, with Nvidia instead backing Micron for Turing's Geforce debut. Micron's agreement with Nvidia will not prevent other companies from supplying memory chips for Turing graphics cards in the future.

Micron and Nvidia have long been partnered in the memory space, acting as the sole supplier of GDDR5X memory, the stop-gap solution that helped bridge the gap between GDDR5 and GDDR6. Nvidia's Pascal series of graphics cards made extensive use of GDDR5X memory in its high-end lineup, giving Nvidia enough memory bandwidth to support high resolutions like 4K.

Right now, Micron can supply 8Gb GDDR6 memory chips with 12 Gbps and 14Gbps speeds, though the company also plans to deliver 16 Gbps GDR6 memory in the future. Micron's 12Gbps and 14Gbps memory is also able to operate a 1.35V, which is significantly lower than the 1.5V that is required for GDDR5 memory modules. 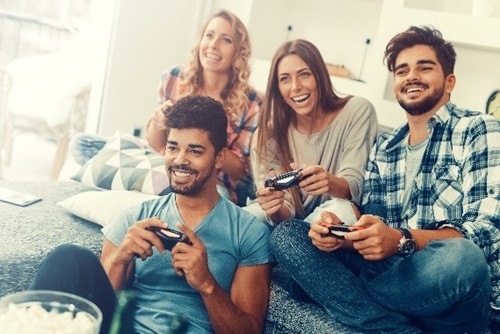 Nvidia has backed GDDR6 memory over competing solutions like HBM2 for one simple reason, pricing. The manufacturing complexity and supply constraints of HBM2 memory make modern graphics cards inherently challenging to manufacture. In contrast, the industry has been working with GDDR-based memory for a large number of product generations, making Nvidia and their AIB partners experts when it comes to utilising it.

You can join the discussion on Micron becoming Nvidia's launch partner for GDDR6 memory for Geforce RTX series graphics cards on the OC3D Forums.

TheF34RChannel
Hopefully 7nm will sport 16Gb from Samsung on the GeForce side. Or Micron ups theirs of course

NeverBackDown
Quote:
How does 7nm effect 16gb modules? They can do that now without being 7nm? I believe these chips are 10nm although I don't remember.Quote

TheF34RChannel
Quote:
No no ha ha, I mean that they'll put faster VRAM on their 7nm GPUs

NeverBackDown
Quote:
Oh I see now. Should have realized that earlier.

TheF34RChannel
Quote:
I could have phrased it better, I admit. Yeah refresh for sure. That'll be my card. Just started Borderlands 2 for my second ever playthrough and the FPS is through the roof ha ha so I'm in no hurry.Quote
Reply