Is this the direction motion controllers are headed?

With Virtual Reality just now hitting the mainstream market, loads of companies are coming out with their new accessories to make your VR experience even more immersive. One such company is Manus VR, a Dutch start-up that's developing the world's first consumer Virtual Reality glove, fittingly named 'Manus'. 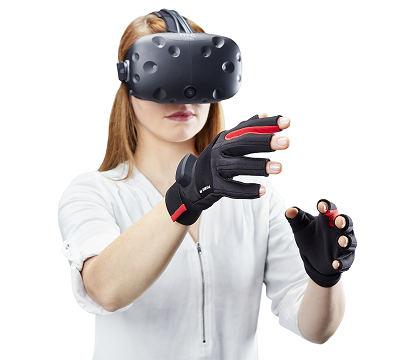 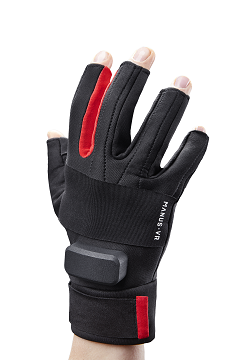 The Manus VR tracks hand movement using multiple sensors which are all incorporated in the gloves. With this, the Manus glove should, according to Manus' website, provide 'accurate and reliable hand- and finger tracking.' Keeping this in mind, the Manus VR could become a great alternative to the HTC Vive and/or Oculus Rift motion controllers.

The Manus offers the first true virtual reality experience aimed at the consumer mass market. Compared to other gaming devices, the Manus is more affordable, more accessible and above all, more immersive than any of its predecessors. As the world’s first consumer VR glove, the Manus will revolutionize the traditional consumer gaming market. It is set to play a huge role in the virtual reality revolution, with a strong focus on mobile VR.

Virtual Reality is obviously a very young technology, and companies are still trying to figure out how to maximize immersion and the overall VR experience. Manus VR has definitely set foot in the right direction with their glove. Only time will tell if the Manus will become a mainstream product, but it's an interesting technology for sure.

The Manus VR development kit will be available for pre-order in Q2 this year, and will start shipping in Q3 2016. The price of the dev kit will be $250.

You can join the discussion on Manus VR on the OC3D Forums.