Maxsun has revealed what appears to be the first custom graphics card of Nvidia's next generation, offering users a triple-fan cooling configuration and RGB lighting elements that include an RGB Geforce logo.

The graphics card does not have any markings to indicate whether or not this graphics card is a 20-series or 11-series offerings, though the rendering implies that the graphics card uses a single 8-pin power connector and lacks a DVI output. The graphics card also appears to be a dual-slot unit, with the rear ventilation pointing towards the GPU using Nvidia's standard 3x DisplayPort + 1x HDMI video output configuration.

Maxsun's new graphics card is part of the company's iCraft series, though sadly this graphics card is unlikely to become available in the US or Europe, with Maxsun being a China-only board partner for Nvidia. 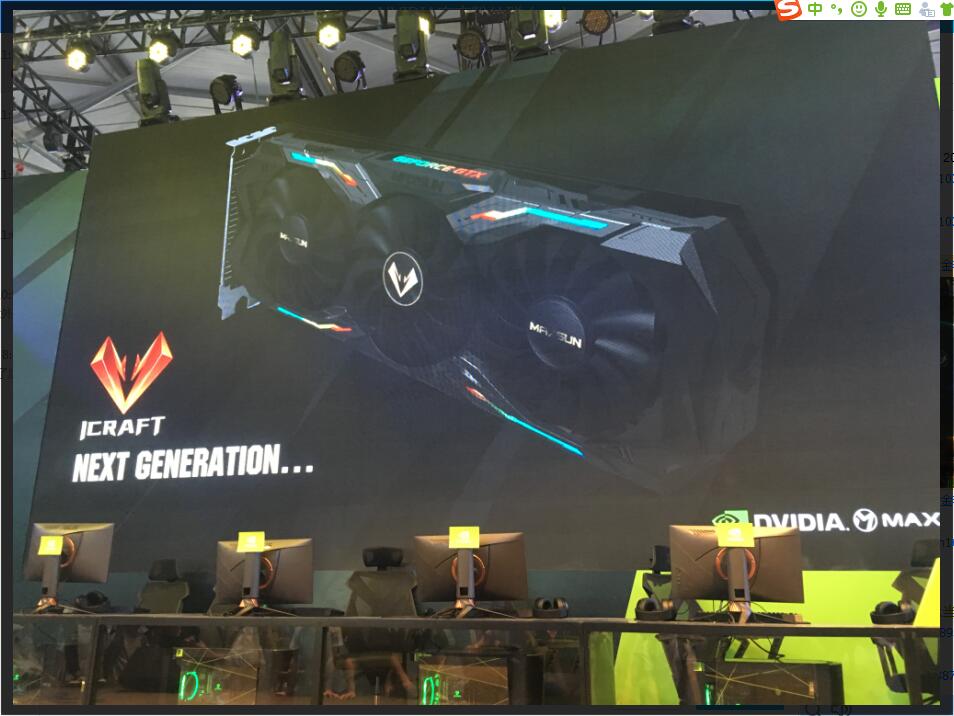 With this leak, we can be almost certain that Nvidia plans to reveal new graphics hardware at their "Geforce Gaming Celebration" before Gamescom 2018, which takes place on August 20th.

You can join the discussion on Maxsun's next-generation Geforce GPU design on the OC3D Forums.

INFIDEL
New To the forum , but have been long time subscriber of OC3D YT channel. Question Is been saving up all year for this new card for my first PC Build. Obtained The ASUS ROG Crosshair VII Hero & The AMD RYZEN 7 2700X as the primary parts. Looking for some guidance on what Vendors to watch to purchase this new Card before it sells out within 30mins or less when launched to the public. I live in Canada If this helps abit. Thank you All for the help!

Dicehunter
Quote:
Make a dedicated post in the introduction section and not in the news section bud

Darkdayzzz
Quote:
While Dice is, as normal

, correct I shall take the time to answer the question. No offense intended of course dice!

Since you are in canada - I am unsure if you have a Canada specific Amazon / Ebay / Scan / etc... I do believe you all up north still have Frys Electronics and you might be able to get one through them as a preorder (or buddy buddy with a store manager and get them to hold one for you in store).

I'd say if going Amazon just setup a watch list and keep the cards you want in that list, they should have preorders available BEFORE actual launch, like what they have done in the past for GPU/CPUs but that is a guess.

Otherwise I'd say watch Amazon and go from there. Amazon should get a really good stock of the new cards and be able to meet supply/demand (I'll ask around and try to see if I can get some inside info on that as I know a few people who work in the datacenter in WA state, which also houses the warehouse for up north selling :P).

Sorry if this isn't to helpful

NeverBackDown
Stock better be good in all honesty. Over 2 years since Pascal launched there should definitely not be any stock issues. Every rumored technology has had more than enough time for mass production to be able to not be out of stock for the first few months like last timeQuote

reactor_au
Meanwhile, back to Pascal pricing being about original launch RRP... Hopefully better pricing for Pascal clearance if a 1080Ti is sufficient for youQuote
Reply