When it comes to SSDs, a significant amount of performance is defined by the controller and how it handles the data that is sent to and from the SSD.

While many enthusiasts have been focusing on M.2 and NVMe SSDs recently, we cannot forget that majority of the SSDs on the market are still using SATA and that they are currently the most affordable options available. PCIe lanes are also limited on current CPU platforms, making it difficult to use a large bank of M.2 SSDs, making SATA supreme when it comes to secondary storage.
Marvell has now showcased their new 88SS1079 SSD controller, an upgraded version of the 88SS1079 controller used in the popular Crucial MX300, the Sandisk X400 and the (Western Digital) WD Blue. This new controller design does come with some minor performance improvements, though the major changes come from what Marvell has added to their controller die.

This new controller moves some former PCB mounted components to the controller itself, saving PCB space and reducing an SSDs component cost, which combined with the move to 3D NAND should make the next generation of SATA SSDs fairly affordable.

All current users of the 88SS1074 controller are expected to move to the 88SS1079, with availability being expected in the middle of the year. 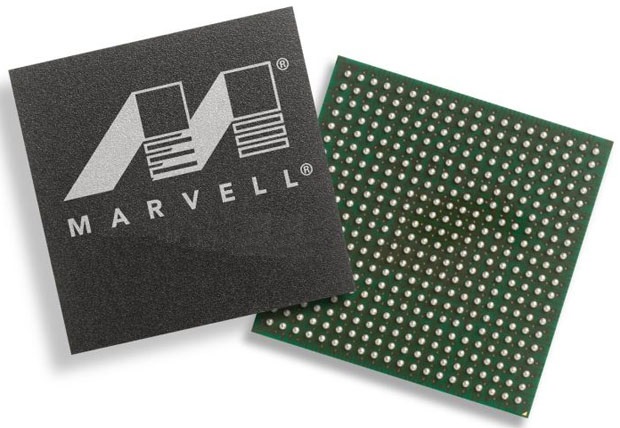 It will be interesting to see how SSD pricing changes moving further into 2017, as right now there is a global NAND shortage.

Cheaper controller technology and the lower manufacturing costs of future SSDs are likely going to be offset by the increasing price of NAND, though this will be alleviated over time as NAND manufacturers compensate for this increased demand.

You can join the discussion on Marvell's new 88SS1079 SSD controller on the OC3D Forums.