Useful product or just a gimmick?

Aside from the world's largest 8K OLED TV, LG has a lot of exciting new display technologies to showcase at CES. Foldable screens are not new, having been demonstrated for years in some form or another, but never as something that we would define as a "finished product", at least until now.

LG has demonstrated a "rollable" screen technology, a device that can be rolled up like a newspaper to fit into a compact box, out of sight and out of mind. The screen in the images shown above and below is a 65-inch OLED panel with a 4K resolution, making this a high-quality display, not just a rollable display.

The advantages of this screen type are obvious, as the unit itself is very easy to store and transport. The box-like base can also hold a secondary purpose as a soundbar, containing higher quality speakers than most standard flat panel televisions.

This display is a prototype, so don't expect this television to grace store shelves anytime soon, as it opens up the possibility of consumer products that would have been considered sci-fi just a few short years ago. 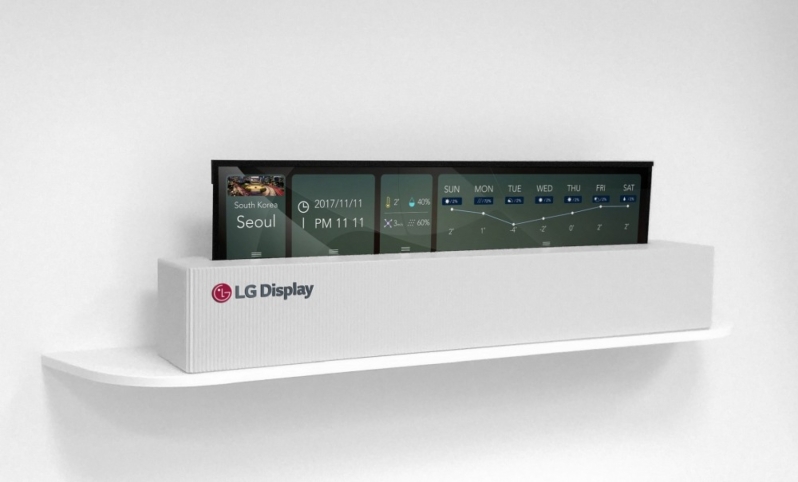 You can join the discussion on LG's rollable 65-inch 4K display on the OC3D Forums.

Warchild
Quote:
Displays I guess "could" benefit otherwise its for the people with money to burn who want some tv to rise or pop out from some furniture. The whole concept to me is ugly.Quote
Reply