Need a large screen in a small room? No problem!

LG has announced a new CES 2019 Innovation Award winner, a projector that requires only two inches of space to project a staggering 90-inch screen onto a wall, extending to sizes as large as 120 inches when 7 inches away from the projection surface.

This projector is LG's 4K HU85L CineBeam Laser projector, which utilises LG's second-generation CineBeam technology to stand out from the crowd. Setting up a projector has never been this easy, 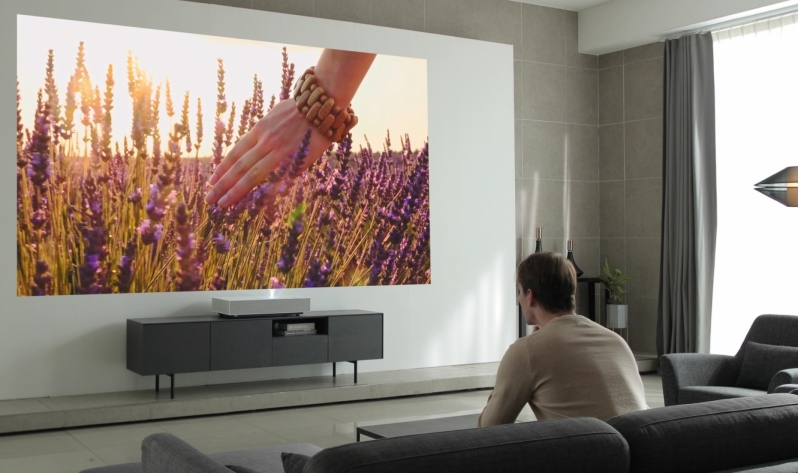 LG plans to showcase their HU85L 4K projector at CES 2019, though at this time the product's final release date and pricing are unknown. Last year's 4K HU80K 4K projector priced at $2,500 in the US, LG's 1st generation CineBeam projector.

You can join the discussion on LG's HU85L 4K projector on the OC3D Forums.

ImprovizoR
I always thought that something like this would end up being the future. Not a projector though. Unless they came up with some amazing new projector technology, projectors are simply not as good as a real display.Quote

tgrech
Quote:
...You mean like this?
There's a good chance you've never seen a laser projector IRL before(Until recently they generally still started at 5 digit prices for most sizes and that's after many years of development towards consumer models) but they're not really comparable in image quality to lens based projectors, with colour reproduction generally more comparable to OLED screens.Quote
Reply