MicroLED displays will hit the market in 2019

MicroLED technology is what is expected to replace both OLED and QLED in the high-end display market, offering increased modularity, decreased latencies and the removal of OLED's troublesome burn-in issues.

Unlike traditional LED or LCD displays, MicroLED screens can output light on a per-pixel basis, allowing the technology to offer higher brightness levels and similar contrast ratios to OLED while also providing support for an extended colour gamut. The problem with this technology is its manufacturing costs, which are expected to decrease over time as display makers invest more money and resources into the technology.

Another benefit of MicroLED is modularity, allowing several smaller screens to be connected with almost non-existent gaps to build insanely huge monitors. At CES 2018, Samsung showcased "The Wall", an insane 146-inch MicroLED screen, a product that has been refined and is expected to become available next year.

LG, one of the world's premier display manufacturers, is expected to showcase a MicroLED TV with a screen size of around 175 inches at IFA, surpassing Samsung's record 146 inches. IFA will take place between August 31st and September 5th in Berlin.

On top of that, LG's 175-inch screen is said to be slimmer than Samsung's 80mm thick prototype, though it is worth noting that Samsung's latest 146-inch MicroLED displays are now as thin as 30mm. 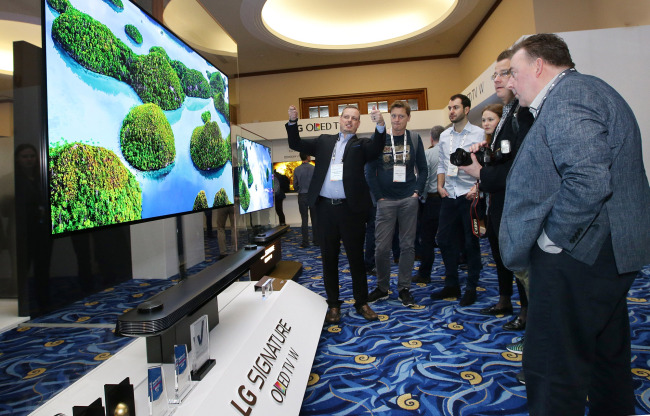 When responding to The Investor, an LG spokesperson stated that “It is true that the company has been conducting R&D projects for micro LED TV technology,” neither confirming or denying the existence of their rumoured 175-inch MicroLED display.

You can join the discussion on LG's rumoured 175-inch MicroLED display on the OC3D Forums.

and I can't seem to turn around without two new innovations taking place.Quote

Gothmoth
bring it.... i am sick of backlight bleeding and uniformity issues.


OLED has burn in issues, LED has all the issues related to backlighting.

NeverBackDown
Quote:
Not many OLEDs have burn in issues.. very few.Quote

Since OLED is 'real black' it is widely recognized as having infinite contrast levels.


Infinite plus one = InfiniteQuote
Reply