A G-Sync model is also in the works

Nano IPS technology seems to be LG's answer to Samsung's Quantum Dot (QLED) technology, utilising "nanometer-sized" particles around the screen's LEDs to absorb excess wavelengths to increase the intensity and purity of displayed images. With this technique, LG states that they can achieve 98% coverage of the DCI-P3 colour space and emit a peak brightness of 600 candela/nits.

The first of LG's trio of displays is that 32UK950, a 32-inch 4K monitor which supports Thunderbolt 3 connectivity with daisy chain technology, allowing two 4K monitors to be connected using a single Thunderbolt 3 connection. This display is also able to charge connected notebooks with up to 60W of continuous power, making it ideal for use with ThunderBolt 3-powered MacBooks.

This display used a Nano IPS technology and supports VESA's HDR600 standard, though at this time the maximum refresh rate (likely 60Hz) and other display characteristics are unknown. Expect to hear more at CES. 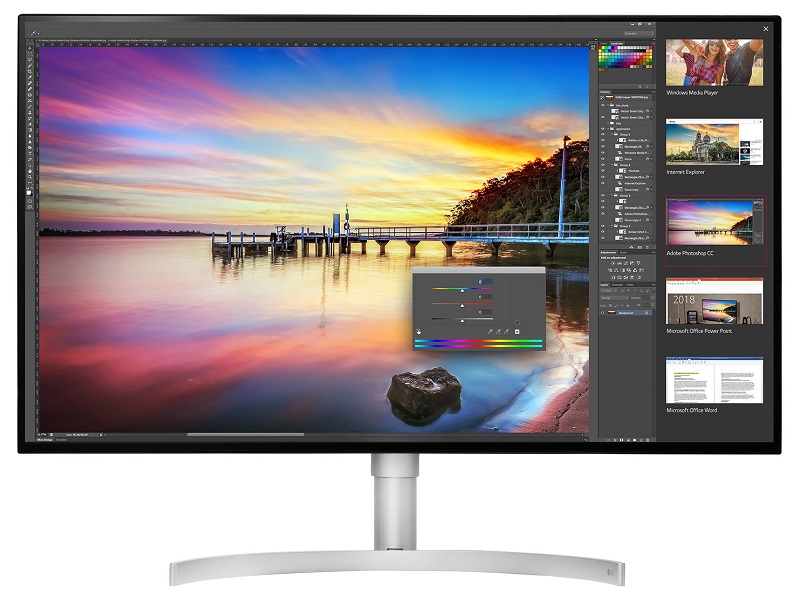 The sheer number of pixels on display here is insane, making this monitor ideal for productivity tasks. The ThunderBolt 3 connectivity and colour accuracy will make this screen particularly useful for users of Apple's recent iMac and Mackbook Pro devices. This display can also use Thunderbolt 3 to charge Thunderbolt 3 devices, simplifying workflow by making both display connectivity and power come from a single cable. 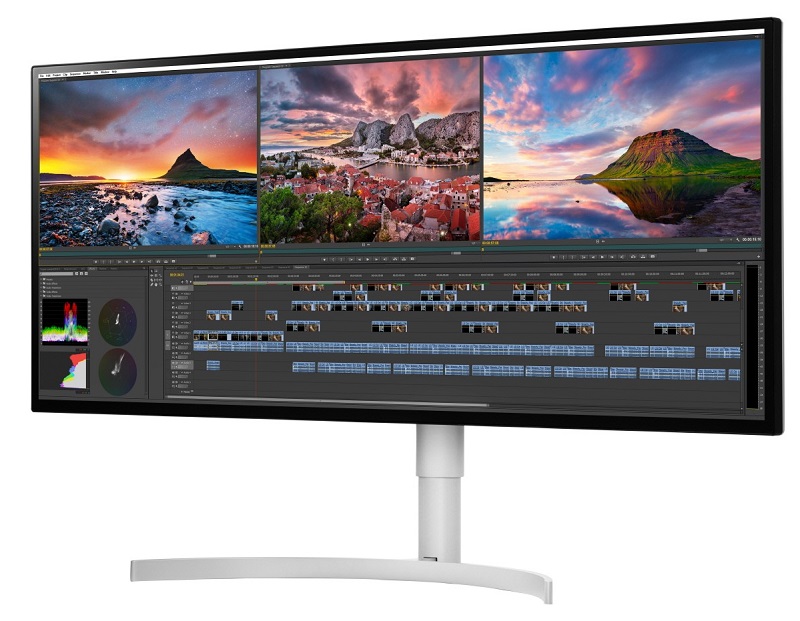 The third and final display that LG announced here is the gaming-oriented QHD 34GK950G, which will offer an enormous 34-inch screen size, a Nano IPS panel and support for Nvidia G-Sync Technology. This display is expected to meet the HDR600 standard but sit below Nvidia's requirements for G-Sync HDR.

You can join the discussion on LG's three new Nano IPS monitors on the OC3D Forums.