Lots of evidence is appearing that suggests that AMD is releasing an RX 490 GPU soon, which will offer 4K ready gaming performance and a memory interface that is larger than 256-bit.

Firstly in a recent AMD slide the company explained their new GPU naming scheme, stating that RX GPUs with the X8X or X7X naming scheme have a 256Bit memory interface are 1440p ready and that the higher end X9X naming scheme will be used for 4K ready GPUs, suggesting that an RX 490 GPU is in the works.

In this new naming scheme, AMD has also stated that there will be future, faster revisions of their RX series GPUs that will use the XX5 nomenclature instead of XX0. It is likely that these newer GPUs will feature higher clock speeds as potentially lower power draw. 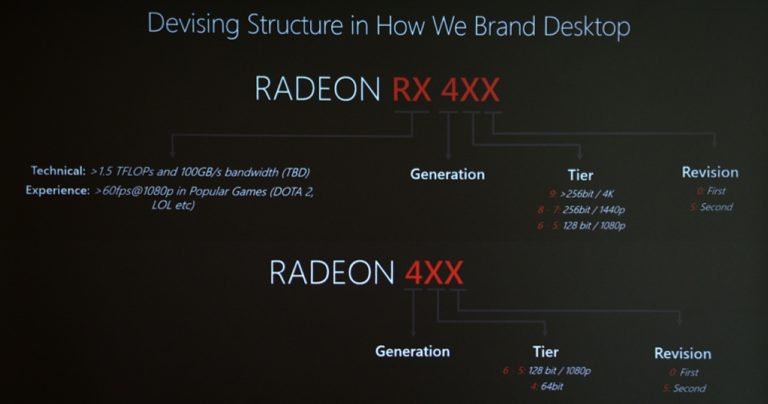 AMD's RX 490 has also been listed on several websites, including AMD's own website as part of their Total War Warhammer promotion as well as on Sapphire's support website.

These suggest that AMD's RX 490 GPU will release within the next few months as the Total War Warhammer promotion will require the GPU to be purchased before the end of 2016. 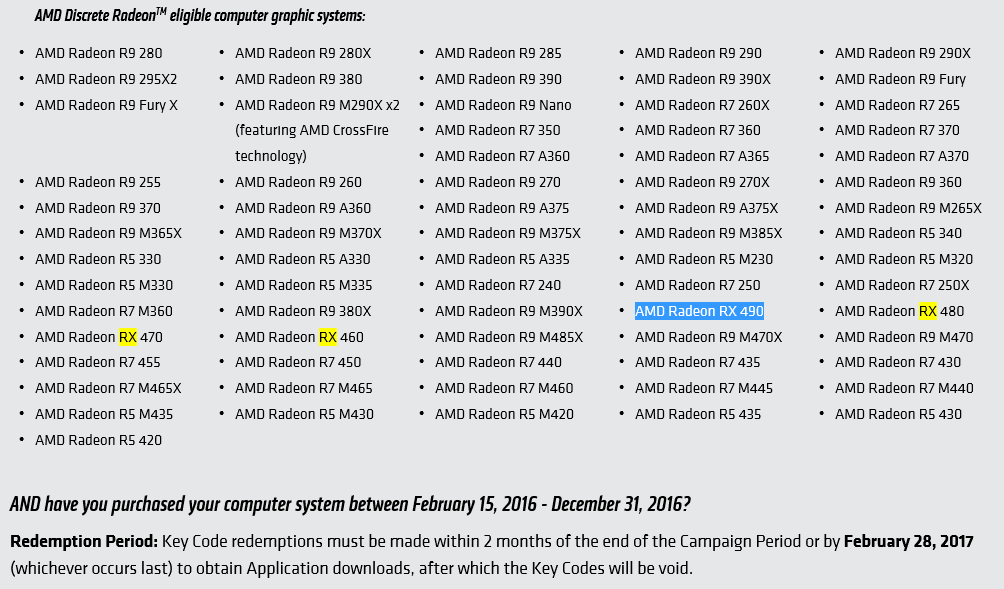 We already know that AMD will be hosting a new Capsaicin even later this months at Siggraph 2016, where AMD says that they will be showing "never before seen VR technologies" and "next generation Polaris Graphics". Will AMD be showcasing some new silicon at this event?

You can join the discussion on AMD's RX 490 GPU on the OC3D Forums.

Lots of evidence is appearing that suggests that AMD is releasing an RX 490 GPU soon.https://t.co/yeoHLZUhWO pic.twitter.com/4FPXMP8JTL

AlienALX
Posted this ages ago in Small Talk. Probably a mistake

More info there about AMD's slip up (by putting it on their list of GPUs). However, it was all but confirmed by a chap at Alienware who was being interviewed about his graphics amplifier (one of those box things for GPU on a laptop) and he said "And you can just put a 490 right in there". Oops !

Either way before the end of the year is likely. Will it be worth it? time will tell on that one. That and it all depending whether AMD let the blind gibbon who priced all of their other dual GPUs put the price tag on this one. It needs to be the same as two 480s or less if it's to have a snow flake's chance in heck.Quote
Reply