Intel has started to send out its Xe-powered DG1 graphics cards to ISV (Independent Software Vendors) worldwide, paving the way towards the consumer launch of Xe graphics later this year with Tiger Lake.

DG1 (Discrete Graphics 1) is what should be considered as a hardware prototype, acting as a "software development vehicle" for Intel's Xe architecture, which will release with designs that scale from integrated graphics to high-powered, server-focused HPC models. DG1 marks the start of this journey.

Guru of 3D has released several slides from Intel which detail the company's Xe graphics architecture and revealed renders of Intel's DG1 GPU design. Their article has since been deleted, but their images have already spread throughout the internet. PC Gamers should not expect Intel's DG1 graphics card to ever release at retailers. 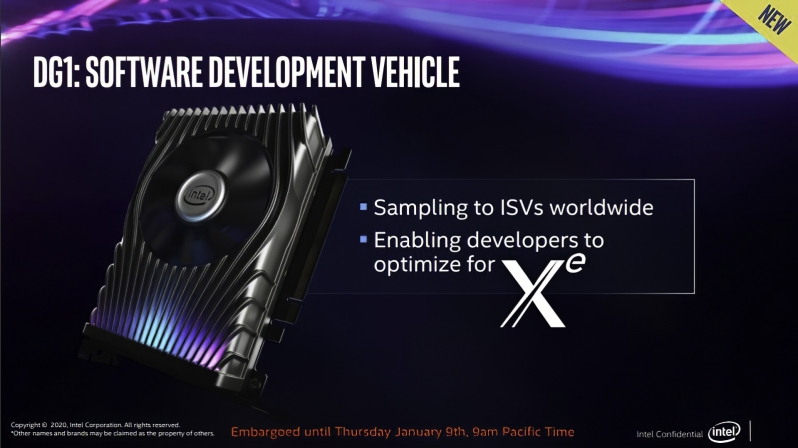 Other images of the graphics card also show four display outputs. These outputs appear to be HDMI and DisplayPort, with the GPU offering what appears to be three DisplayPort connections and a single HDMI output. 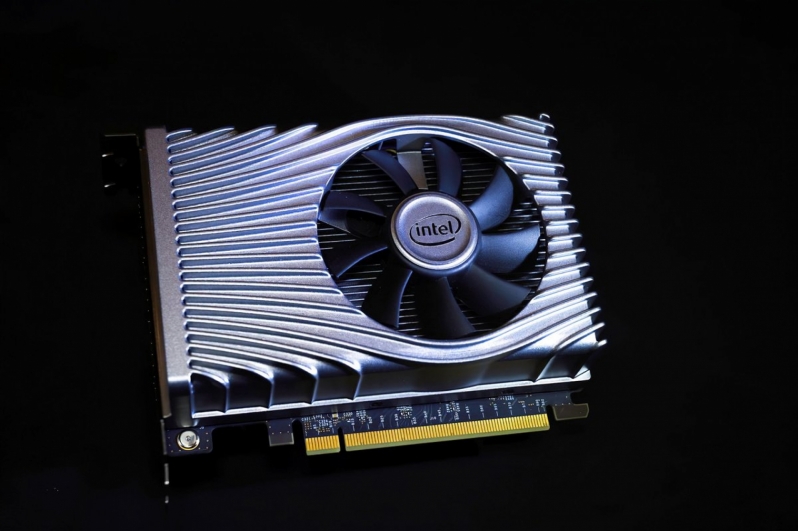 Below we can see that Intel's DG1 graphics card doesn't feature any power inputs, which suggests that the graphics card is powered exclusively by its PCIe bus. This means that this graphics card cannot use more than 75W of power, making DG1 a low-power graphics card offering.

For context, we will note that the highest-end Nvidia graphics card that is powered in this way is the Geforce GTX 1650. However, some GTX 1650 models also feature a 6-pin PCIe power connection for supplemental power. 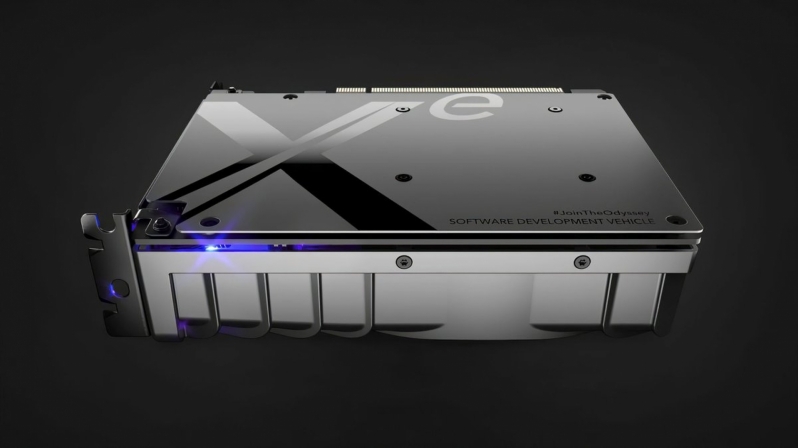 You can join the discussion on Intel's Xe DG1 graphics card on the OC3D Forums.

Peace Đ
I like the backplate! The rest is definitely not super sexy, but also not as ugly as it could've been.Quote

AlienALX
These are balls slow apparently. Like not much faster than integrated and designed to coexist with the onboard somehow as an upgrade.

That's what I heard any way.Quote

Dicehunter
I hope they eventually enter the GPU market properly, Even a decent mid range card would be good competition.Quote

Apparently one or two of the cards they're doing are for OEMs only.Quote

tgrech
From their pitch the main target for these first chips are mobile, it's seemingly meant to compete with the RX5500M and equivalent lines, they're still a notable step up from what's possible with on-board to be fair.

But it's important they can get a small simple example of the architecture out quickly for software development when it's a completely new arch. Even if you could dive straight into making 4000-shader core GPUs from day one (Which you can't bc it takes a ridiculous amount of care/R&D to scale up architectures in bandwidth or latency sensitive environments), they'd have nothing intensive to run it on properly.

They'll certainly scale up to larger GPUs since their targets include datacenter & AI where space efficiency is a big part, the question is whether or not they can maintain price competitiveness with the established competitors for the consumer sphere while doing it.Quote
Reply