This cooling solution can cool the iCHILL Black down to 62 degrees Celsius under load, thanks to the GPU's use of a large 240mm radiator and the unit's "silent" 120mm fans.

Sadly, INNO3D has not revealed the clock speeds of this graphics card, though they have confirmed that the RTX 2080 Ti will offer users 11GB of 14Gbps GDDR6 VRAM, 4352 CUDA cores, and support for Real-Time Ray Tracing. 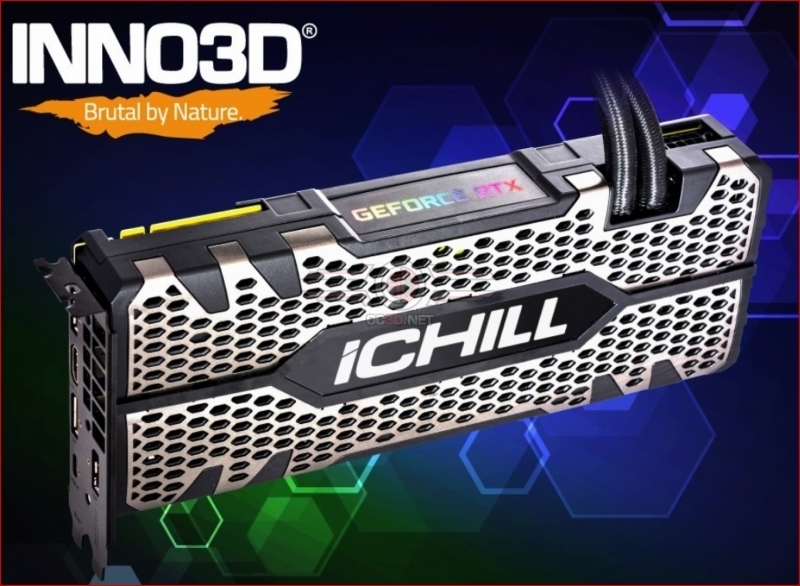 Below is a layout of the INNO3D's RTX 2080 Ti ICHILL cooler, a design which is reminiscent of AMD's R9 Fury X reference model, which also utilised an All-in-One liquid cooling solution.

The ICHILL Black will also feature a TFT colour display, which can be used to monitor the "elementals" of the graphics card, displaying the GPU's fan speed, GPU status and temperatures. At this time it is unknown how configurable this display will be. The Geforce RTX logo at the edge of the GPU also appears to offer RGB illumination. 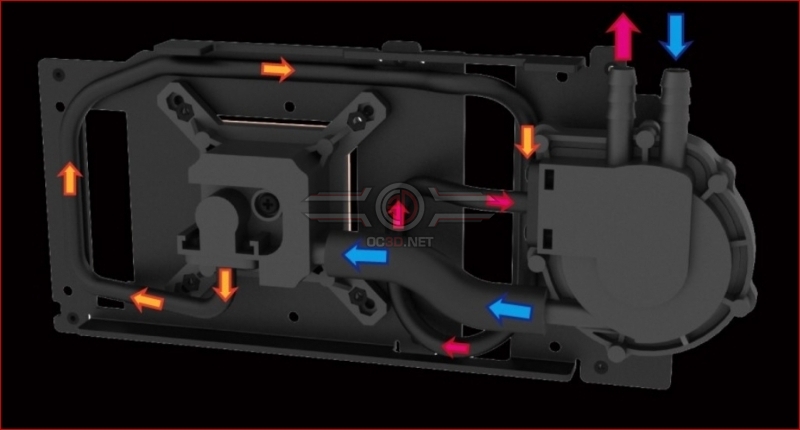 Nvidia is expected to reveal their upcoming Geforce Turing series of graphics cards at their #BeForTheGame event, in Cologne Germany, which is also known as the Geforce Gaming Celebration. This event will start today at 5 PM BST and will be livestreamed. The official stream of this event is available to view here. Nvidia will likely reveal their official RTX specifications and pricing structure at the event.

You can join the discussion on INNO3D's RTX 2080 Ti ICHILL Black on the OC3D Forums.

AlienALX
Having seen the new FE cooler I think it is fair to say that to get the absolute most out of this you need liquid.I hope we see a resurgence of AIO adaptors for GPUs. We were headed there, then Nvidia released the 1080 and 1070 and they were tiny and thus very cool.

I must say one thing I am looking forward to seeing is just how hot loading up those Tensor core things makes the GPU. I do recall them saying Metro was a cooker...Quote

Gothmoth
so it´s basically like AVX on intel cpu´s where enabling and really using it will result in thermal throtteling?

i have some strange feeling about this first generation of RTX cards.
i would not be too surprised if we see some pretty annyoing stuff.


it´s not based on anything factual... just a feeling that something is not right in nvidia land.


and i say that as a nvidia owner since the original geforce... but i am not a fanboy.
it´s just that the nvidia drivers always worked better with the kind of software i use.Quote

AlienALX
Quote:
In the simplest terms just think of it as a cluster of large cores to do certain tasks, that get very VERY hot.

That is probably factually inaccurate, but I am just trying to simplify it.

Remember after Fermi we had Kepler? well most of Kepler was small, cool and used little power. Nvidia reserved their big heavy guns to stop GPUs getting very hot and needing to be quite large. Plus things like DP were hardly being used any way, and just added to the core.

So you can expect RT, when it is doing its thing, to make a GPU very hot indeed. Mostly because it will be a bigger die going at it 100%.Quote

Gothmoth
Quote:
it was not an actuall question... more a gibe.

we work with tensorflow at my job.

i am not directly working with tensorflow myself but i know these cores are specialized for deeplearning etc.


my problem is that like AVX it basically makes the given TDP meaningless.Quote
Reply