- Update - Our Review for Nvidia's RTX 3050 is now available to read here.

For the past few days we have been talking to our sources at retailers and elsewhere about Nvidia's RTX 3050. In doing so, we have confirmed that the GPU's UK MSRP is £239.99, and that hundreds of cards will be sold on day-1 at MSRP in the UK.

Nvidia's RTX 3050 graphics card launches on January 27th, and models of this graphics card will be available from all of Nvidia's AIB partners. This includes ASUS, Gigabyte, MSI, Zotac, EVGA, Palit, and many others. All of these GPUs will feature 8GB of GDDR6 memory.

Bringing RTX to the low-end

With their RTX 3050, Nvidia will be delivering its RTX feature set to the lower end of the GPU market, offering DLSS support, hardware accelerated ray tracing and full DirectX 12 Ultimate support to budget-oriented gamers.

While Nvidia has marketed this graphics card as an GTX 1050 Ti and RTX 1650 replacement, its pricing makes it an GTX 1660/1660 Super successor, and the addition of Nvidia's RTX feature set will make this GPU a major huge over its predecessor. 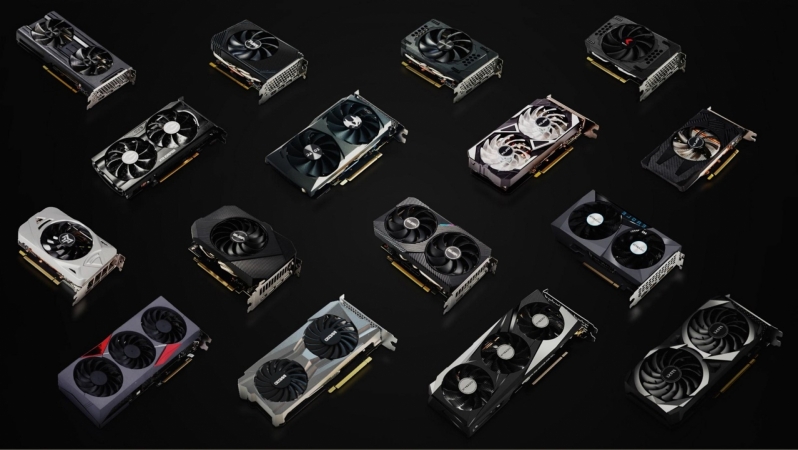 With 8GB of GDDR6 memory and a wider 128-bit memory bus, Nvidia's RTX 3050 graphics card has enough VRAM capacity for modern games and a lot more memory bandwidth to throw around. Beyond that, this graphics card should feature more raw performance and include valuable features like video encoders, which are useful for streaming, video editing and many other applications.

While Nvidia's MSRP for their RTX 3050 is £60 higher than AMD's RX 6500 XT MSRP, there are many factors that make Nvidia's RTX 3050 seem like a more solid investment. That said, it is only a matter of time before Nvidia's MSRP RTX 3050 graphics cards are sold out.

You can join the discussion on hundreds of RTX 3050 GPUs being prepared to be sold at MSRP on launch day on the OC3D Forums.

Dark NighT
it should be thousands, this will be gone inside the hour!Quote

Meaker
Quote:
Totally agree, how many wafers did they use bearing in mind they get a lot more of these per wafer than the bigger ones. Supply for low mid range should be way more than this.

May as well be a paper launch.Quote
Reply