HTC has announced its plans to fully reveal its HTC Vive Cosmos headset next week, releasing the "story of COSMOS" with "Availability and release date information."

This announcement date will likely come with the headset's full specifications, which are currently unknown, aside from claims that HTC will deliver the company's "sharpest screens yet", a "minimal screen door effect" and "crystal clear graphics".

So what has changed since the original HTC Vive? For starters, HTC appears to have moved to an inside-out tracking system, a necessary change which will enable HTC to aim for a lower pricing target. This means that HTC is likely to be moving away from the original Vive's SteamVR hardware design.

Design-wise, HTC has designed the Cosmos with user-friendliness in mind, using a PSVR-like flip-up design while forgoing Valve's lighthouse tracking system in favour of an inside out tracking method. This factor will allow the headset to be set up with ease, lacking the need to set up a dedicated tracking system or to set custom boundaries for it.

HTC also claims that their new headset is "future-proof", supporting "modular customisations" which can be used to improve the headset after launch. Right now HTC claims that development kits will be released in early 2019 and that the headset will support Steam VR.

Initial teasers for the Vive Cosmos also suggest that the HTC Cosmos can be powered using a mobile device, enabling the headset to be used without a powerful gaming PC. This function suggests that the headset will be able to connect to devices using USB, which means that this is possible that the Vive Cosmos may be the first VR headset to utilise the VirtualLink standard, assuming that it can connect to both PCs and smartphones using a USB Type-C connector.

We're unlocking the story of the #HTC VIVE COSMOS, & have so much to share. Stay tuned to our social media next week for the story of COSMOS. With availability & release date information coming soon. 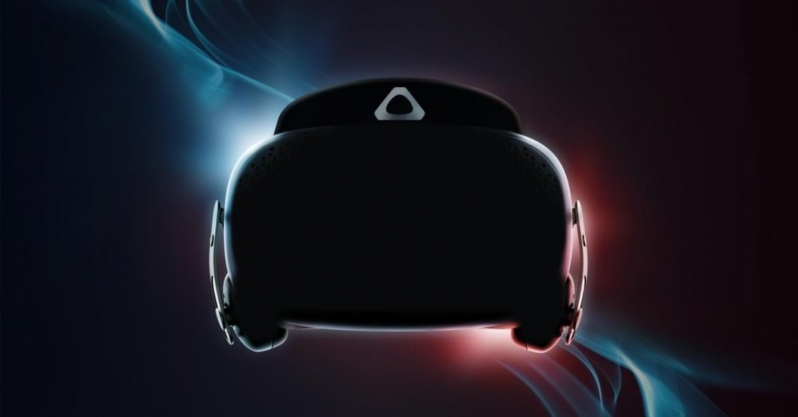 With the Vive Cosmos, it appears that HTC is moving away from the SteamVR-based Vive design, which requires Valve's Lighthouse system and all of the setup and expense associated with it. To make VR more accessible, HTC needs to make more affordable VR headsets that are easier to set up and can be powered by a range of devices. With the Vive Cosmos HTC is taking a step in that direction.

In an ideal future, VR headsets will act like monitors. Monitor's don't care what is outputting a signal to it, and as such, they can support any device that can deliver the right signal. Giving VR headsets similar traits will allow them to support a user base that is significantly wider than other devices, such as the PC only Vive and standalone headsets like the Oculus Go. HTC's moves will make VR more accessible, but it remains to be seen whether or not they will achieve the same feat with the device's pricing.

Expect to learn more about the HTC Vive Cosmos next week.

You can join the discussion on HTC's Vive Cosmos PC VR headset on the OC3D Forums.

Warchild
Imagine when VR headsets can be completely plug and play.

WillSK
Quote:
Agreed this would be awesome, some sort of standard!Quote

Well at least not until VR doesn't require high-end hardware to drive it. Sure would be cool to see an AMD-based console be powerful enough for high end VR.Quote
Reply