And you already thought that the HTC Vive Pro was expensive

When HTC's Vive Pro headset hit the market, VR fans and PC enthusiasts grumbled in disgust of the company's high $799.99 price tag for the headset, considering for too high given its lack of required accessories.

Remember that this headset doesn't ship with VR controllers or SteamVR motion tracking, making it an upgrade option for existing Vive owners, not a full Vive Pro kit. If users were to try and buy the required motion tracking equipment separately, the price to pay would have been around $500, an amount that is almost identical to a standard Vive bundle.

Today marks the two-year anniversary of the HTC Vive, and today HTC will start to offer a standalone SteamVR 1.0 tracking kit with motion controllers. This kit will cost $300 and can be purchased with an HTC Vive Pro to provide a full Vive Pro VR package. In total, an HTC Vive Pro and HTC's SteamVR 1.0 kit will cost $1099.99 in total, an extremely high price for a new VR headset.

What should be noted is that Valve is set to release SteamVR 2.0 later this year, which is why HTC has opted not to release their full Vive Pro bundle yet, as it is designed to function with SteamVR 2.0 equipment. This upcoming bundle will offer redesigned base stations and controllers, though at this time it is unknown how much this bundle will cost or when it will be officially released. 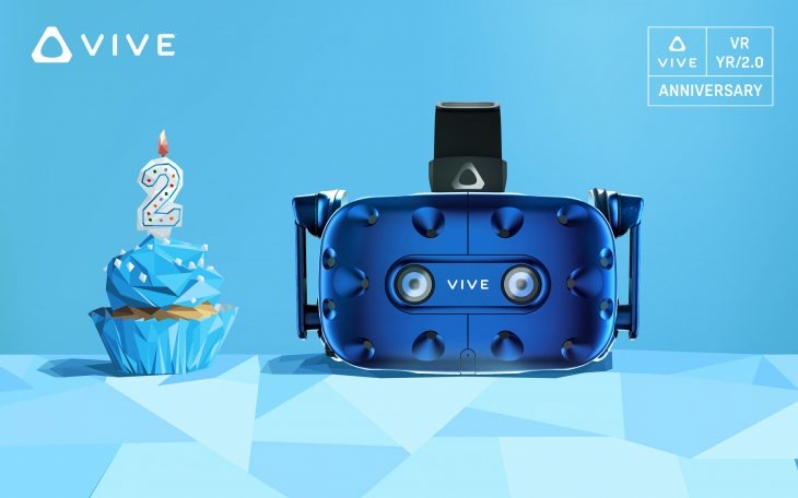 Amongst other things, SteamVR 2.0 will allow HTC's motion tracking system to use quieter base stations which require fewer moving parts to function, which is expected to make base stations cheaper to produce. This change involves the use of modernised tracking chips on controllers and headsets, though these chips will offer VR users higher levels of accuracy.

You can join the discussion on HTC's SteamVR 1.0 tracking kit on the OC3D Forums.

AlienALX
Where is Clive Sinclair when you need him? *shakes fist*

I'd rather have Amstrad make steam-equipment instead. ;-)Quote

Digikid
Still the ugliest design and with second rate controllers....when will HTC ever learn?

Oculus has the superior controller design and HMD design....HTC should be learning from them.Quote
Reply