Have you purchased a faulty RTX 2080 Ti?

To say that the RTX 2080 Ti has us concerned is an understatement, with the graphics card having over a month of stock issues at retailers while reports of artefacts and crashes continue to rise on the Nvidia Geforce Forums.

One user has reported that they have had two of three RTX 2080 Ti graphics cards die over a 2-3 week period, with the dead cards presenting artefacts at stock settings while another claimed that his graphics card presented issues after "about 9 hours" of gaming.

While reports of dying graphics cards aren't new, it is strange to see this number of complaints over such a short period, especially after considering the fact that these graphics cards are not even using their advanced RTX features like Ray Tracing and AI/Tensor technologies. These mounting issues compound existing reports that Nvidia's large RTX 2080 Ti silicon is experiencing yield issues,  with some users on the Nvidia forum claiming that Nvidia has failed to fully QA their RTX series graphics cards. Will there be another wave or RTX GPU failures after Ray Tracing and DLSS is added to games?

After a quick search on the Nvidia Forums, we found several cases where RTX 2080 Ti users RMA's their graphics cards to only have their replacements fail shortly afterwards, suggesting that Nvidia's large-die RTX 2080 Ti silicon is facing a severe reliability problem. That being said, PC gamers with failed RTX 2080 Ti series graphics cards are likely to be more vocal about their issues than the average consumer, given the colossal price tag of Nvidia's RTX series and its status as a flagship product. Who wouldn't complain after their £1000+ product broke after less than a week of use? 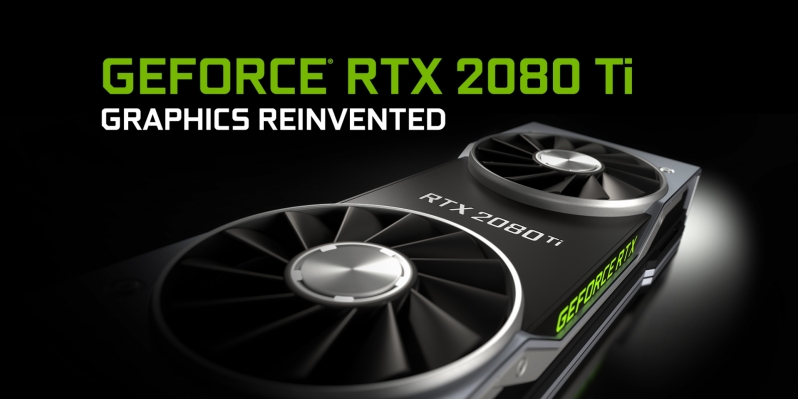 This situation is something that will need to be monitored over the coming weeks, though to say the least this is not the RTX future that Nvidia envisioned. Many of these early reports focus on Nvidia's Founders Edition graphics cards, though there are also reports of AIB cards exhibiting the same behaviour.

To anyone who has experienced RTX 2080 Ti artefacting or failure, out advice is to immediately contact your graphics card's manufacturer or the retailer where you purchased your GPU. They should be able to issue you a replacement graphics card when they are available.

Have you had an RTX 2080 Ti graphics card die on you? You can join the discussion on amassing reports of RTX 2080 Ti deaths on the OC3D Forums.

robbiec
I'd be wondering if the users with multiple failures should perhaps be looking at their wider environment before kicking off on a forum. Flaky MB's or PSU's would spring to mind first and foremost.
Not defending Nvidia as they have more than earned any opprobrium aimed at them but fairs fair.Quote

Dawelio
Quote:
What exactly where/are you trying to say here?... That they have had two of three, or two of your GPUs? What?

Honestly though? I dont feel bad for them at all. If anyone in their right mind seriously spend this amount of money on a consumer GPU, especially when its like Alien or NBD which said, its a first generation product and is likely to have issues following that.Quote

NeverBackDown
It's a typo Dawelio. It's meant to read as: 'One user has reported that they have had two out of three RTX 2080ti'Quote

tolagarf
Quote:
That's what I was thinking as well. For one there seems to be an issue with some multi rail PSU, Corsair's specifically I've read that causes artifacts on screen when daisy chaining the PCI-e cable. In general that's just a really bad idea, unless your PSU is single rail or has very high ampere throughput. But I wouldn't be surprised if some people using a cheap bronze 500 watt PSU with a RTX 2080 Ti, because there are unfortunately idiots like that in the worldQuote

Eddie long
Quote:
That would make more sense as I'm sure if there was a real issue one of the reviewers would have had issues too, there again they don't use cheap underpowered psu 'sQuote
Reply