Benchmarking Data for Nvidia's GTX 1080 have been submitted online to the Ashes of the Singularity benchmark leaderboard, with single GPU performance that can best even AMD's R9 Fury X GPU.

In Ashes of the Singularity, the Nvidia GTX 1080 has framerates that are around 10-12% higher than AMD's R9 Fury X. These scores were provided by the same gamer on the same system, so this comparison should be fairly accurate. 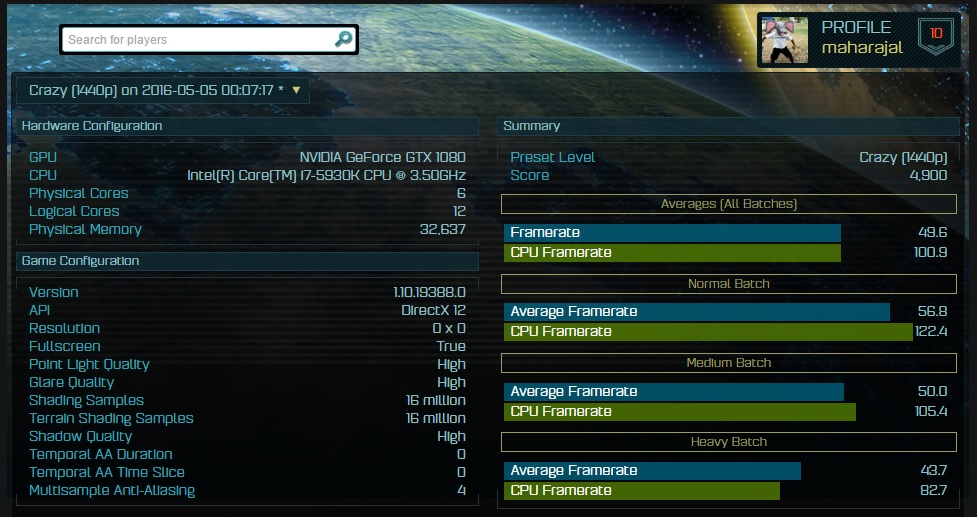 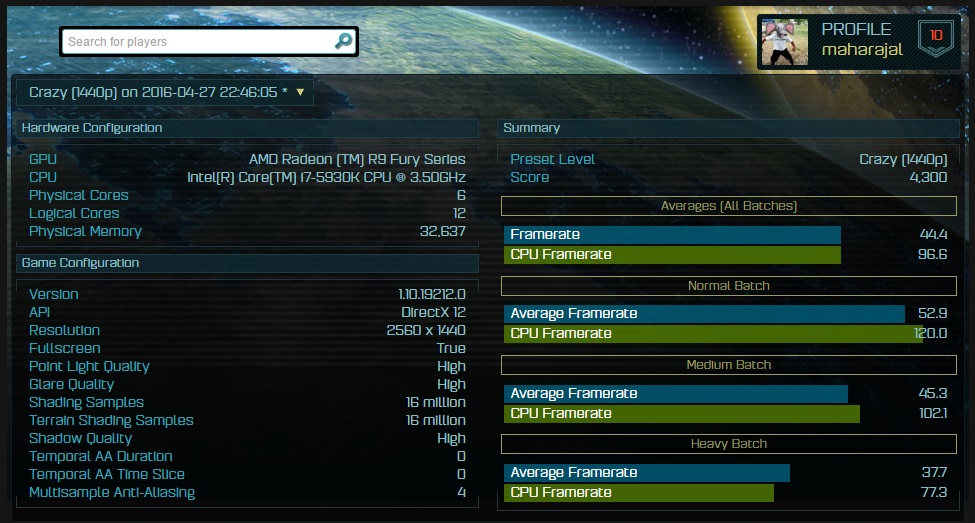 Sadly we were unable to find any results for a GTX 980 or 980Ti on a similar system to compare, but this does show that while the GTX 1080 does offer a lot more compute performance than the GTX 980Ti it is still unable to achieve performance that is much higher than AMD's R9 Fury X in this demanding DirectX 12 title.

You can join the discussion on the GTX 1080's performance in Ashes of the Singularity on the OC3D Forums.

steverebo
The hype train suddenly comes off the rails, I'm still getting one though

Daiyus
Quote:
Haha. Very true on the hype train part. This is why I've been waiting for real world benchmarks before getting too excited.

Don't get me wrong, I'm as excited as everyone else; watching the VLogs, gawping at the specs, etc. There's no way I could I actually want to buy one before knowing true relative performance though.

I'm kind of glad that I'll have to wait until next year to get a new GPU/screen combo as I simply don't have the money right now. Hopefully that'll mean I'll have the GTX 1080 Ti and AMD's Vega cards to choose from too.Quote

Shows that problems with Nvidia & DX12 are very real and look to have been carried over to a new gen architecture.

Would definitely wait to see more DX12 benchmark results before jumping on the Pascal hype train.Quote

Kushiro
meh, the 1080 is supposedly only marginally more powerful than a titan X in the first place. Bring on the TisQuote

Agati
When I read New asynchronous compute advances improve efficiency and gaming performance. I thought to myself, going from non existing to something is something the marketing department is going to hype up as being a huge increase.
Guess I wasn't wrong.Quote
Reply