The launch of Nvidia's GTX 1060 has been reportedly moved up to July 7th, with the GPU hitting stores on July 14th. This is likely a response to the release of AMD's RX 480 later today, though if Nvidia's launch has been moved up like suggested by Benchlife users should expect shortages of the GTX 1060, just like Nvidia's other GTX 1000 series GPUs.

Yesterday images of Nvidia's GTX 1060 GPU were leaked in Hong Kong, showing an all new GPU cooler shroud and a black/silver aesthetic.

Sadly very little is known about this GPU, but previous leaks suggested that it will use a cut-down version of the Nvidia GP-104 GPU core. Alternatively, this GPU could be using a new GPU core design from Nvidia (GP-106?), which will act as a successor to the GM-206 Maxwell GPU core that was used in the GTX 960. 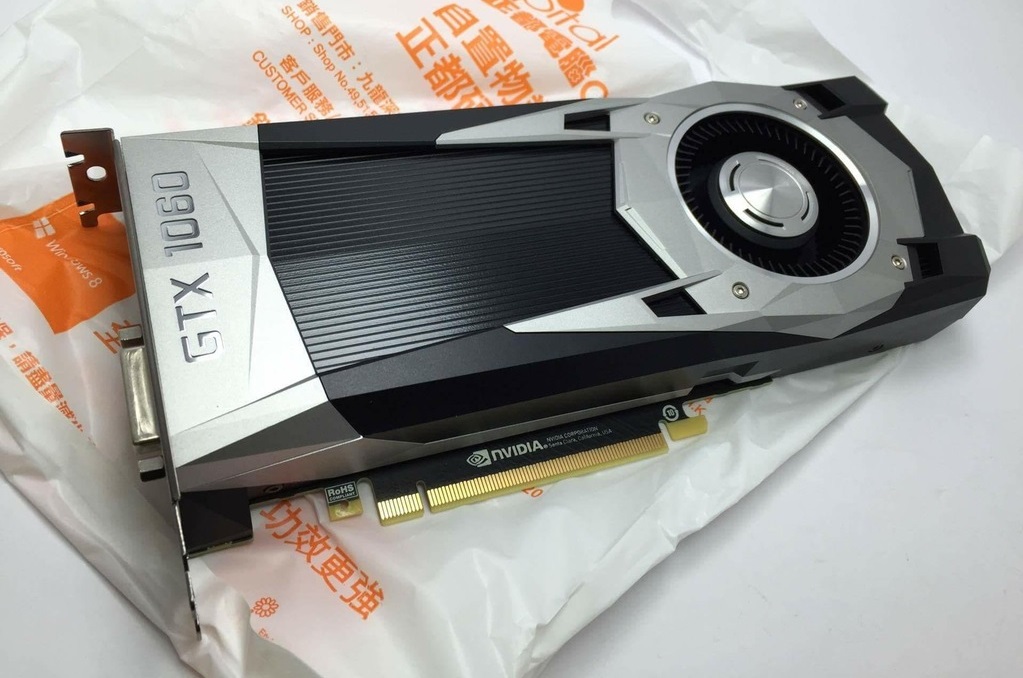 Early rumors did suggest that the GTX 1060 would have a 192-bit memory but, either 3GB or 6GB or GDDR5 memory and 1280 CUDA cores. Right now these specifications have not been officially confirmed by Nvidia.

Looking at the leaked images of the GTX 1060 we can see that the PCB of this GPU appears to be shorter than that of a GTX 1080/1070, much shorter than the reference cooler design, making this GPU fairly similar to the RX 480 in terms of PCB design/layout.

You can join the discussion on the GTX 1060 reference design and launch date on the OC3D Forums.

The launch of Nvidia's GTX 1060 has been reportedly moved up to July 7th.https://t.co/TJEGcBsmHQ pic.twitter.com/0DVivvLvqN

Dicehunter
That looks quite snazzy for a mid range card.Quote

AlienALX
Quote:
Yeah even though I hate the shape of the FE cooler I have to say they've raised their game from that truly dire 670/760/960 stock black plastic cooler.

However, even that little alu part comes at a price so I would expect this to be more expensive than any of the other 60 series we've seen. Predictions are for $250 for the 3gb and more for the 6gb. With the 3gb card being pointless and a way for Nvidia to get more money for the 6gb.Quote

tinytomlogan
Surprised no one has mentioned what looks like a short PCB.....Quote

does look like it cuts off from the image. Would make sense tho.Quote

AlienALX
Quote:
Par for the course really 'gov. Especially on 60 series and hell, even 70 series for a while.

The cooler still looks like a lump of moulded plastic but at least it has some silver on it and that little alu disc on the fan giving it a more premium look.

much better than the shocking stock 960 that came in my Alienware !Quote
Reply