Nvidia's GameWorks tools have for a long time been had a very bad reputation amongst PC gamers, being associated with badly optimized and buggy PC releases like Watch Dogs and Assassin's Creed Unity and being blamed for giving AMD a performance disadvantage in titles, particularly in The Witcher 3 and more recently in Just Cause 3.

One of the many issues with Nvidia's GameWorks was that many claimed that GameWorks was a "black box" that developers coult use but not look inside, limiting their ability to improve or optimize the graphical tools, especially on AMD. Nvidia has denied this and some developers have access to the code, but until now this has been seen as a problems by both developers and gamers alike.

For a long time AMD has been saying that they have been looking into making an open source response to Nvidia's GameWorks, a so-called "OpenWorks" that developers could use and access directly to improve upon it and easily optumize the effects for their particular game and the hardware it would be running on.

AMD has now announced GPUOpen, a set of tools that will give developers full control. This collection of open source effects, tools, libraries and SDKs has been created to allow developers to both get the best visuals out of their games and the best performance out of both AMD and Nvidia GPUs, as well as allow developers to share improve upon the Open Source software. 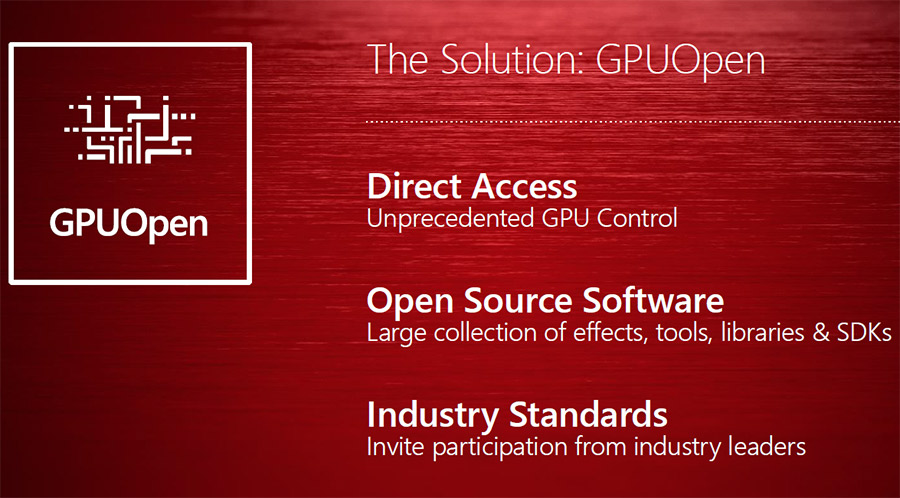 AMD hardware is everywhere, within all of today's modern games consoles and AMD wants to use this position in order to push their developers tools to developers, after all surely AMD backed tools will work best on the AMD based console that you are developing for, right?

AMD say that they have over 200,000 registered Oculus Developers alone on the VR side, meaning that there is already a lot of backing for this Open Source Graphics movement, and that a lot of games will benefit from it in the future. 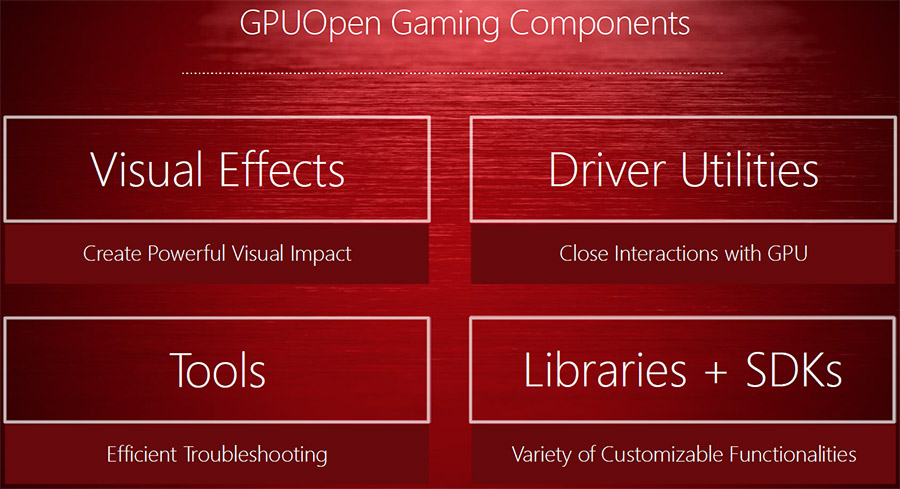 Right now you can see that the there are already a lot of GPUOpen resources that will be available soon from AMD, including TressFX 3.0 for detailed hair simulation, GeometryFX for physics simulations, AOFX for Ambient occlusion and many more that will be added soon like AMD's FireRender rendering Engine, FireRay Ray Tracing SDK and their Rapidfire Cloud computing SDK.

All of these tools will be using an Open Source License, allowing everything to be used without restriction to developers, meaning that all of these tools and assets can be improved upon and distributed easily. 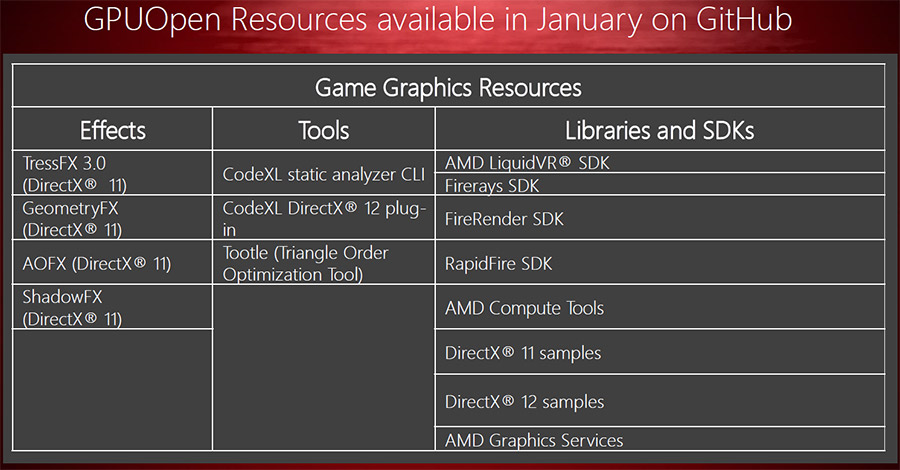 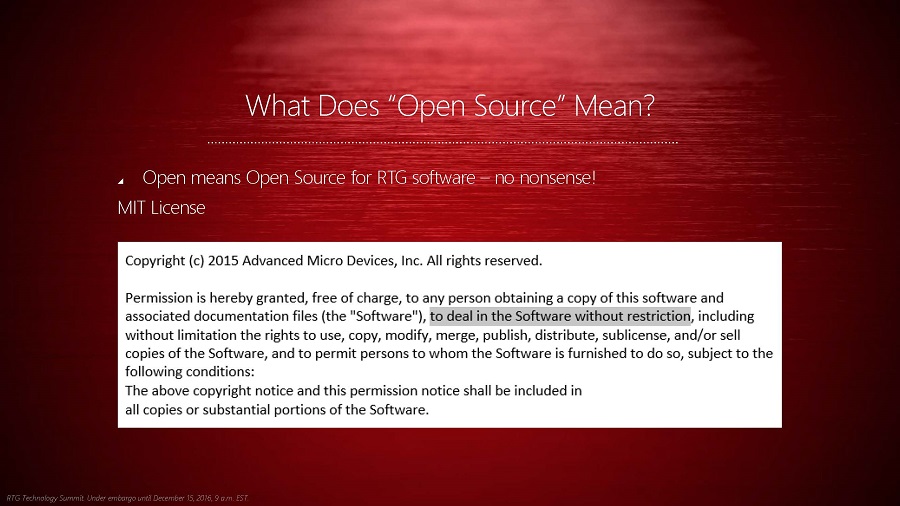 (The meaning of Open Source, how nice)

With GameWorks already being widespread among many developers it is hard to tell if many large developers will take the effort to move to AMD's new Open Source equivalent, or if the option is available to use Nvidia's GameWorks and AMD's GPUOpen on the same project.

Hopefully this development will serve to give developers more options and allow game graphics to continue to improve and for games to run more efficiently on GPU hardware, regardless of the manufacturer. 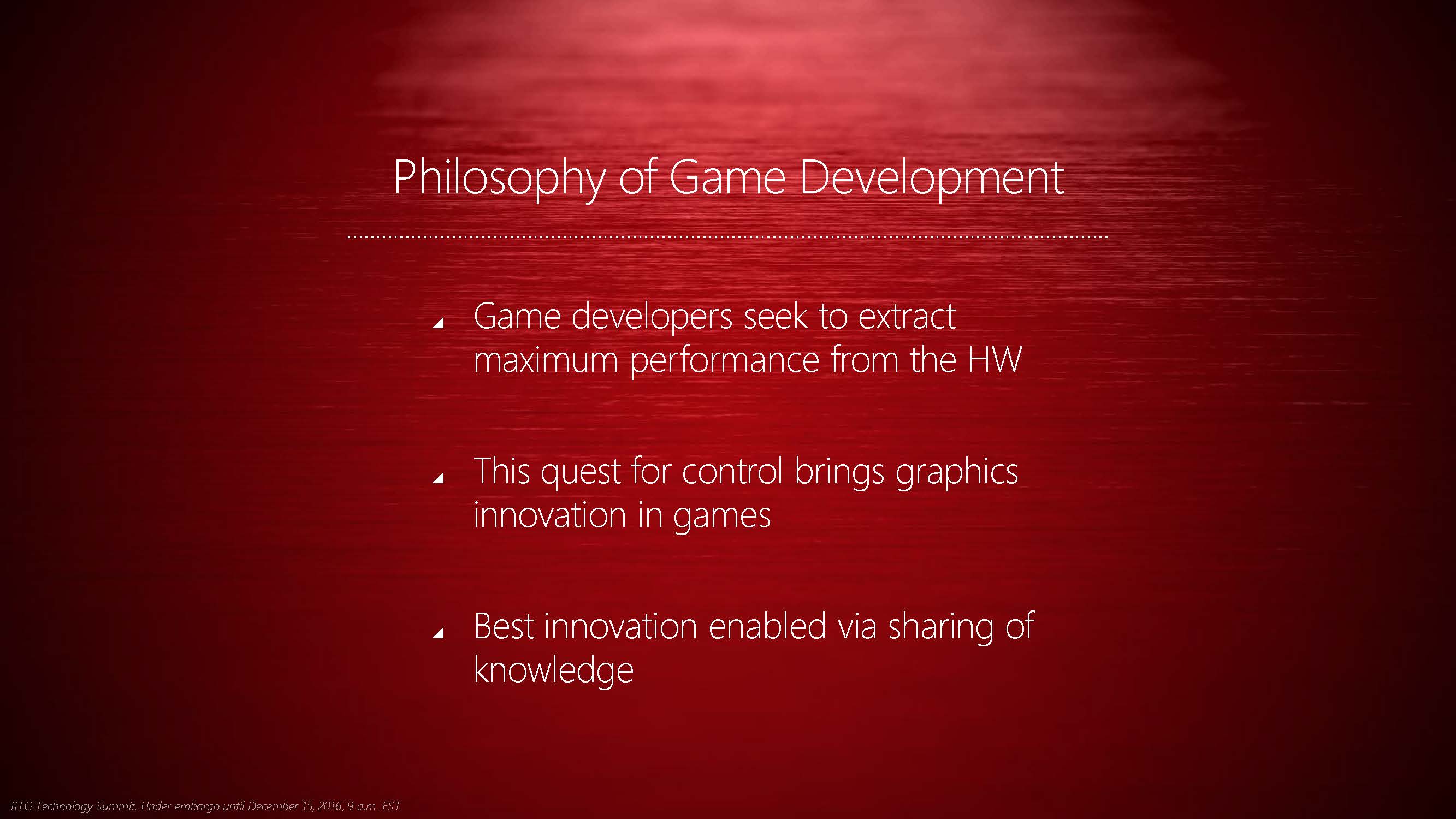 AMD's response to GameWorks may be seen as late by some people, but hopefully we will see these tools used well over the next few years and that we will see AMD continue to add new tools to the library and continue to improve upon their existing tools.

You can join the discussion on AMD's GPUOpen initiative on the OC3D Forums.

AlienALX
Pretty cool. Hairworks was just so much win IMO. AMD really need to keep the momentum of HW/Mantle going and keep their hand in upcoming games.Quote

SPS
Quote:
Do you mean tressFX?Quote

AlienALX
Quote:
JFC yeah, I do.. What's going on today? not enough coffee I think


It will be great to see what comes from this, especially from the console side. GameWorks is made with nvidia in mind, so some AMD tools would be of great use to them.Quote

NeverBackDown
Very nice. Wonder how long they have been getting this together? I really hope devs move over to this, get rid of the proprietary crap and have everyone collaborate together should just make this get better and better over time. I'm also interested in which devs(if any) have adopted this yet, obviously the people in the video more than likely have been working with it, but just curious to see if anyone else is too. I expect DICE to get on this asap. They seem to really like AMD.Quote
Reply