Fake GPU have been floating around second-hand sites like eBay for quite some time, tricking consumers into purchasing sub-par products that do not offer the performance that is advertised.

TechPowerUp is aware of this issue and had updated their popular GPU-Z utility to detect some 'fake graphics cards' and display a warning symbol to those who run their software. Below is an example which shows a fake GTX 1050 Ti, a graphics card with is actually a rebadged GTX 500 series graphics card, likely a GTX 550Ti or GT 545 GPU. 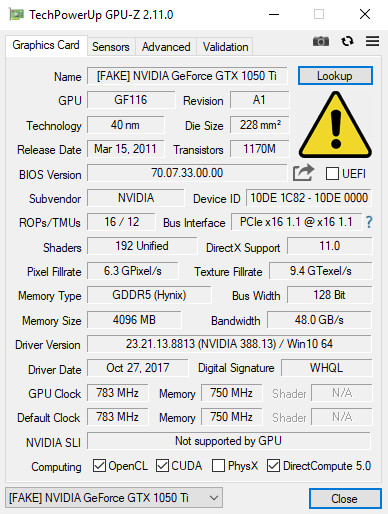 You can join the discussion on GPU-Z detecting and warning users about FAKE GPUs on the OC3D Forums.