Google and LG have been working together to create one of the world's most impressive OLED displays for VR, delivering specifications that surpass everything that is currently on offer in today's VR offerings, even the yet to be released HTC Vive Pro.

HTC's Vive Pro offers a display resolution of 1440x1600 per eye, whereas their existing Vive and Oculus' Rift Headsets both offer a resolution of 1080x1200. This new unit offers a resolution of around 5500x3000, delivering a staggering PPI of 1443 pixels per inch and a 120Hz refresh rate. This screen surpasses everything on offer in today's VR headsets.

This new display is set to be showcased at the Display Week Expo in May, though at this time it seems unlikely that we will see this kind of display in a VR headset anytime soon, even so, it reveals a high-resolution future for VR. Below are the known specifications of Google/LG's AMOLED VR display. This displays resolution is calculated base on its size and pixel density characteristics. 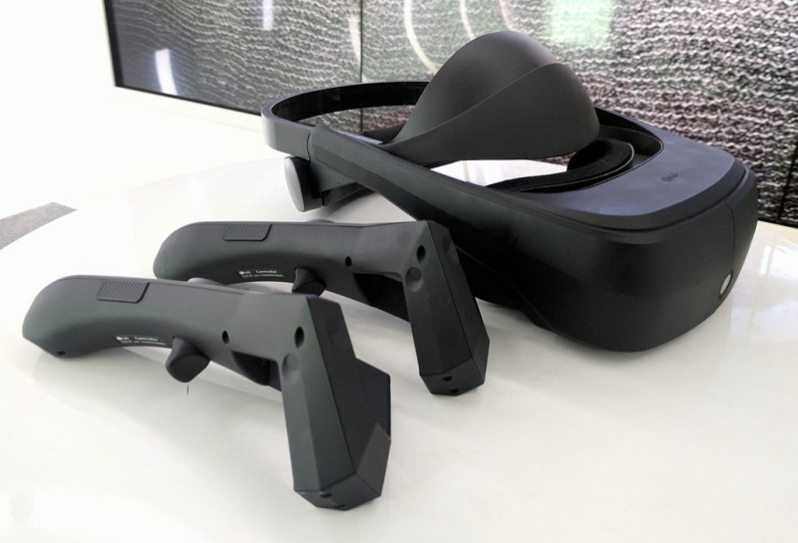 One of the biggest problems faced by today's VR headsets is their low-resolution screens, making scenes look blurrier/softer than real life while also allowing users to see the gaps between pixels, creating what is known as the screen-door effect. While pricing remains a huge concern for consumers, technologically speaking VR has a long way to go before it achieves a reality-like visual experience.

You can join the discussion on Google and LG's insane VR displays on the OC3D Forums.

Dicehunter
Oculus need to come out with something like this for the CV2 and hopefully not a tiny iteration like HTC have done with the Vive Pro.Quote

Bartacus
And what are the GPU requirements for this higher resolution? Using one of Kaap's quad-GPU rigs?Quote

AlienALX
Quote:
Close.. Titan V I reckon. But of course we won't be getting that any time soon at an affordable price due to our friends the miners.Quote

Bartacus
I still blame Nvidia for that crap, just because they don't give a flying fart about us. They KNOW we have no other options for GPU purchases, and they don't care WHO they sell to, regardless of their weak attempts to indicate otherwise. They only care about raw profit, not WHERE the profit comes from.Quote

AlienALX
Quote:
I've said it a hundred times now, but we are the red headed step child and Nvidia desperately need another avenue of revenue as we simply don't provide enough to sustain them for the future. That is why they have been trying to break into countless other markets and failing. So basically as soon as something comes along that lifts its skirt to them? they be all over it like a rash.Quote
Reply