These graphics cards are THICK!

For those who don't already know, Nvidia RTX 30 series of products has upped the power requirements of the company's high-end gaming lineup, leading to an increase in cooling requirements for the next generation of high-end graphics cards.

Gigabyte has revealed its new Aorus Xtreme graphics card design, which will be available in RTX 3080 and RTX 3090 series flavours. These graphics cards are monstrously large, with each graphics card being 3.5-4 slots in size. This will make Gigabyte's RTX 30 Series AORUS XTREME graphics cards be some of the thickest GPUs on the market when they launch later this month.

We have also confirmed that Gigabyte's RTX 30 series Aorus Master graphics cards will also feature the same cooler as its Aorus Xtreme counterpart, but these Aorus Master models will ship with lower GPU clock speeds.

At this time, it is unknown what clock speeds these new Aorus graphics cards will operate at, or how much Gigabyte's new Aorus products will cost. 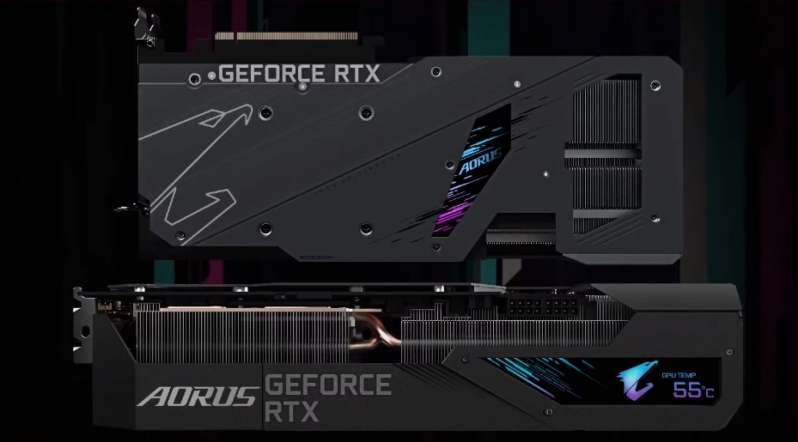 Are 3.5-4 slot graphics cards too thick?

Before Ampere, we have never seen a graphics card that was over three slots thick. Now, thanks to Ampere's higher power requirements, Nvidia's board partners have needed to adapt their cooling solutions in unique ways to deliver increased thermal performance. For Gigabyte, the company's solution was to make their Aorus series of graphics cards thicker, a factor which will make it difficult for PC builders to install additional add-on cards.

For users of capture cards, sound cards and other PCIe-based accessories, Gigabyte's RTX 30 series Aorus cooler may be too thick for your use case. That said, the thickness of this cooler should allow RTX 30 series owners to cool their Ampere graphics cards with minimal fan noise thanks to its sheer heatsink volume. Has Aorus tamed Ampere with this cooler? We will find out when we start testing custom Ampere series graphics cards.

You can join the discussion on Gigabyte's Aorus RTX 30 series graphics cards being around 4-slots thick on the OC3D Forums. 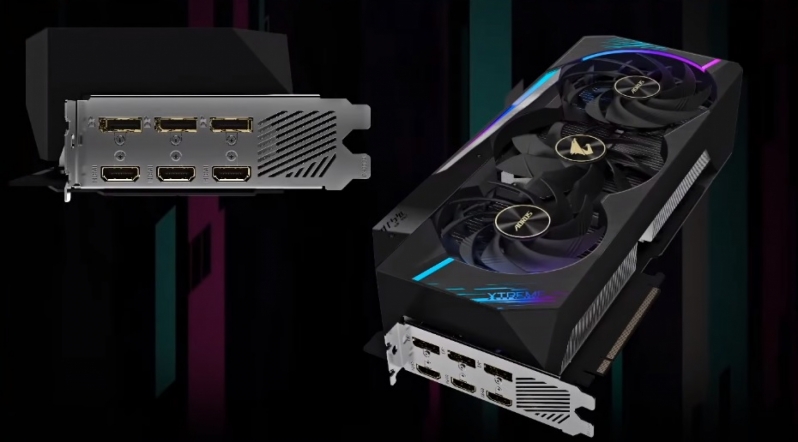 Avet
She would say that there is no such thing as too thick.

Most of the people have only GPU in PCI-E slots. If they are cool as a result I don't see a problem.Quote

Greenback
I don't think I'd want that hanging off my MB, Think I'd have to go vertical or watercooled with that beastQuote

WYP
Quote:
A lot of the larger Aorus cards ship with support arms. I'd imagine that this will ship with one too.Quote

Avet
Quote:
Those metal brackets that bolt on the back of the case like on Lightning don't help much. Galax HoF had support rods that did the job properly.Quote
Reply