Will Gigabyte's cooler design be able to handle an overclocked AMD RX Vega?

Despite earlier rumours to the contrary, Gigabyte has created their own unique RX Vega 64 and 56 series Graphics cards, offering a custom PCB design, a dual-fan Windforce cooler and a factory overclock.
This graphics processor will come with a large cooler design, with an extra-tall PCB and what a appears to be a triple slot design. Under this GPU's fans and shroud, we can see that there are several 8mm heatpipes that will draw heat away from AMD's RX Vega GPU core. We can also see copper elements on this GPU's backplate for additional passive cooling of the GPU core and VRMs.

One of the strange aspects of this GPU is its unique set of display outputs, offering three DisplayPort 1.4 connections and three HDMI 2.0 connections. At this time it is unknown if all of these connections can be used at once, as previous Gigabyte designs have delivered options to use certain outputs at the expense of others. 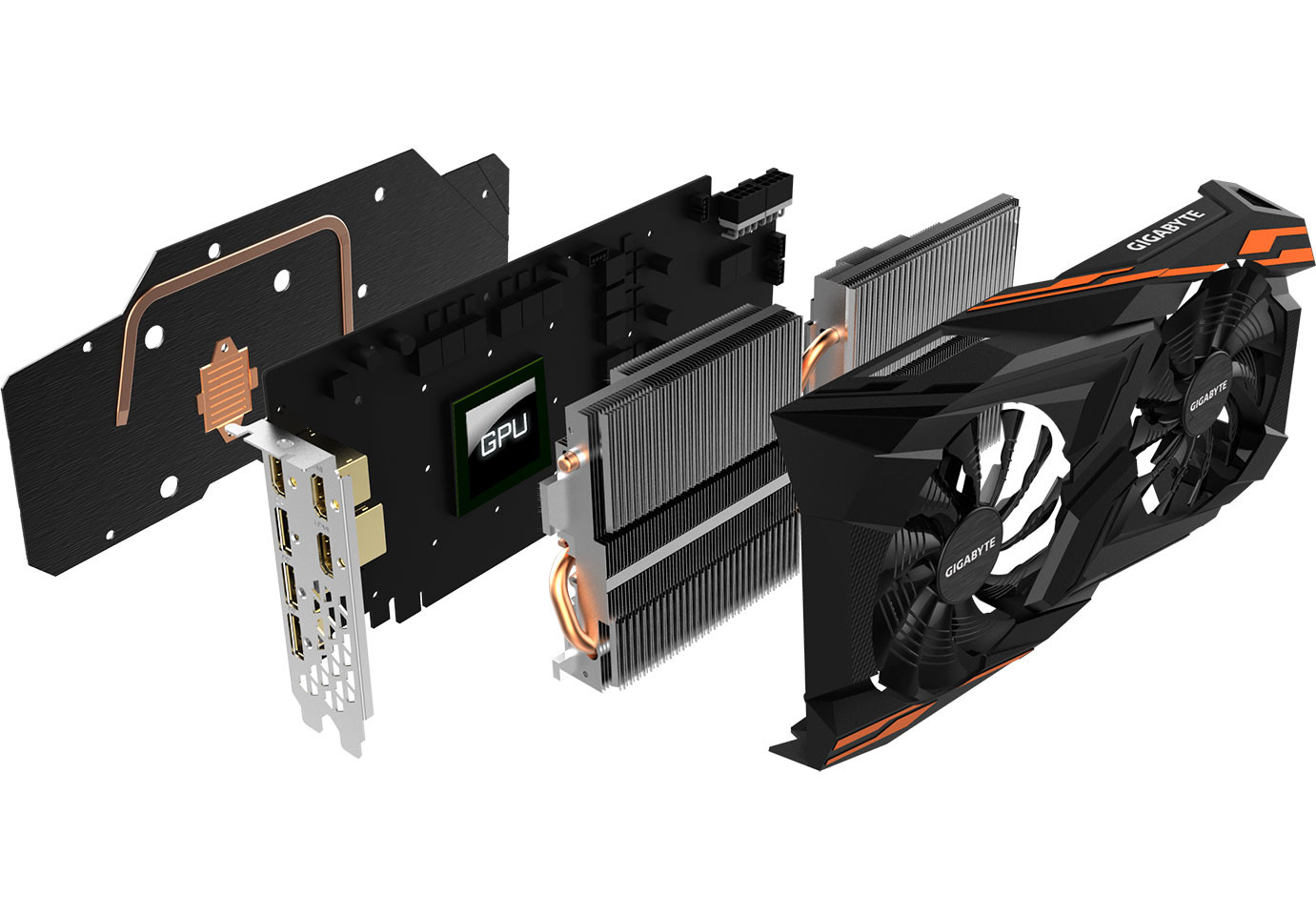 This GPU will release with RX Vega 56 and 64 variants, both of which will come with a factory overclock, offering boost clock speeds of 1560MHz. These two GPUs will not provide overclocked HBM2 memory.

Like most RX Vega series GPUs, Gigabyte's Gaming OC Windforce 2X series will offer two 8-pin PCIe power connections, which is the same as AMD's reference RX Vega offerings. Gigabyte will use a custom 13-phase VRM solution with these GPUs over a custom PCB, though at this time it is unknown how much this design improves over AMD's reference models. 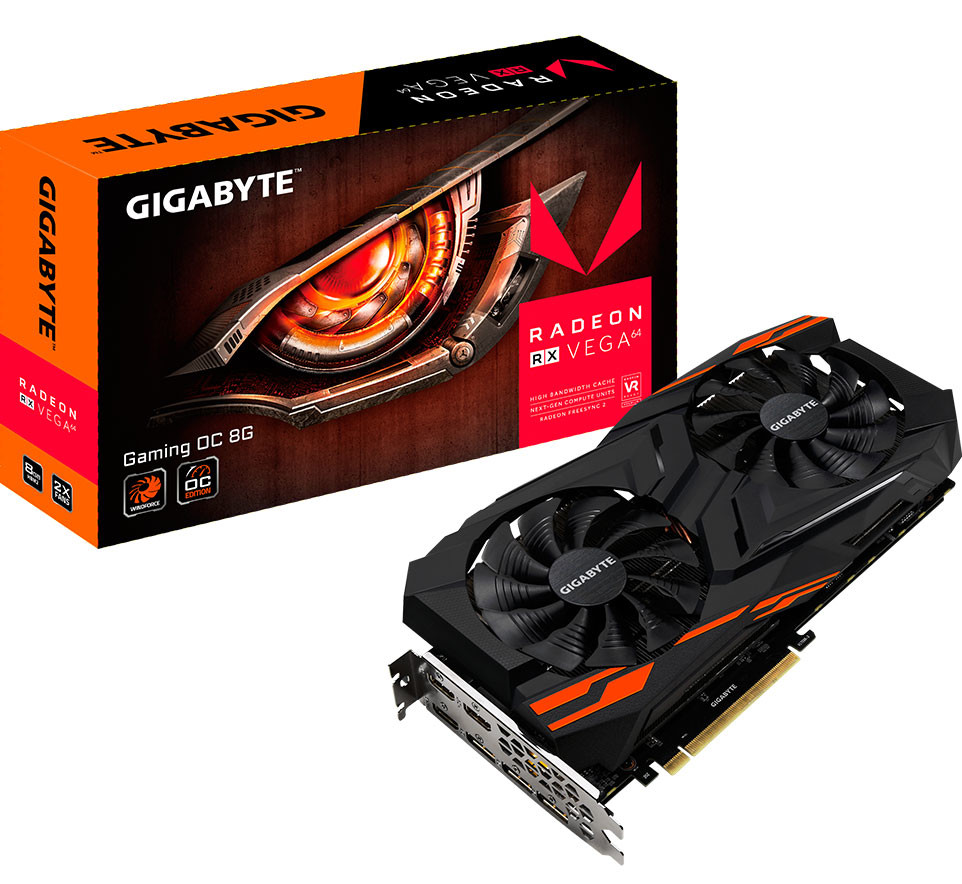 Gigabyte has not revealed the pricing of their custom RX Vega 64/56 GPUs at this time, though judging by the clock speeds on offer here Gigabyte seems to be aiming at a lower price tag than the offerings from ASUS and PowerColor.

You can join the discussion on Gigabyte's custom RX Vega 64/56 GPU designs on the OC3D Forums.

Dawelio
Why does everyone go with orange now? How hard is it to just make a black one that is universal and goes well with pretty much any and every system.Quote
Reply