Upgrades in some areas, downgrades in others

Alongside all of these hardware upgrades, this graphics card offers a single downgrade, memory bandwidth, with Nvidia sacrificing a quarter of this GPU's memory bus to provide users with a larger 3GB frame buffer. Nvidia has decided to use denser GDDR5 with 2x the capacity per chip of existing GTX 1050 graphics cards, forcing Nvidia to cut down the frame buffer to avoid VRAM capacity parity with their GTX 1050 Ti.

The oddities of this graphics card don't end here, with with the GTX 1050 3GB OC offering the same CUDA core count and higher clock speeds than Nvidia's GTX 1050 Ti OC 4GB, giving the new GTX 1050 higher compute performance and a 25% reduction in memory bandwidth. This new graphics card is simultaneously an upgrade and a downgrade from the GTX 1050 Ti. 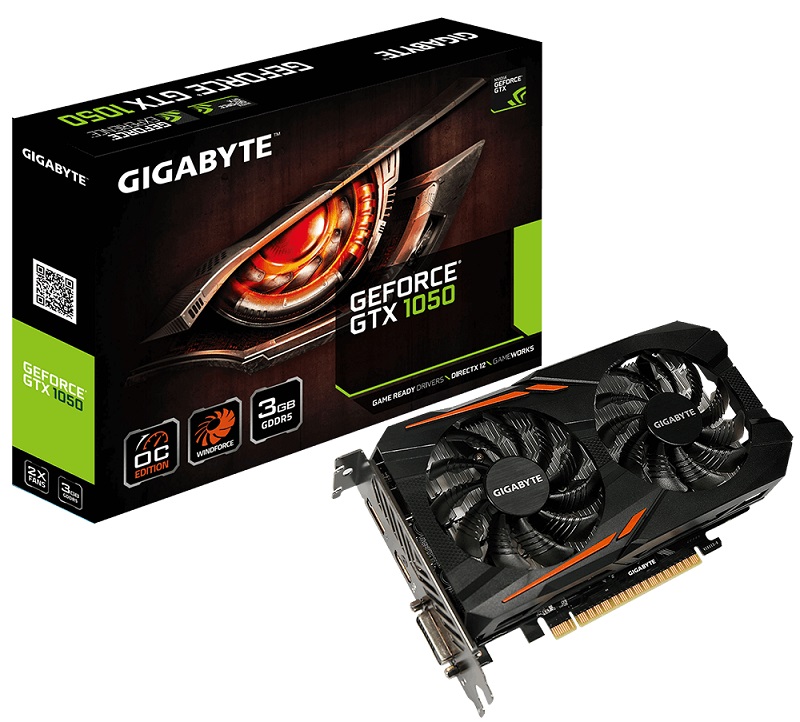 Nvidia's GTX 1050 3GB sits in a strange place within the GPU market, offering consumers a lot of advantages while delivering a few noteworthy downsides. We are currently entering into an era where 2GB of VRAM is becoming too small for even low-end graphics cards in modern games, making us see why Nvidia would want to release a higher VRAM version of their GTX 1050 GPU.

The GTX 1050 3GB is a mixed bag, from a compute perspective it is a huge upgrade over the standard GTX 1050 2GB, but when it comes to memory bandwidth there is a 25% performance drop, which could limit the GTX 1050 3GB under certain workloads. Without dedicated testing, it is hard to know what the real world consequence of this downgrade is, making it difficult to recommend this graphics card.

You can join the discussion on Gigabyte's Geforce GTX 1050 3GB Graphics card on the OC3D Forums.