The POSCAP/SP-CAP witch hunt must end

This morning, Gigabyte provided us with a detailed statement regarding the company's use of SP-CAP capacitors on its RTX 3080 and RTX 3090 Gaming OC and Eagle OC graphics cards, confirming out suspicions regarding Nvidia's RTX 3080 POSCAP controversy.

As we discussed yesterday, electrical engineering is a complex subject, especially within the realms of high-end computational devices. Many reviewers and pundits have quickly jumped onto the controversy to claim that some companies are using cheap components, or have opted to release sub-par graphics card designs. This is not the case. The "POSCAPs" witch hunt must end.

Below, we have a statement from Gigabyte which refutes the "false" claims that POSCAP capacitors could cause RTX 3080 graphics cards to crash. Each capacitor type and model has its own characteristics, and different models offer different specifications and use cases. To say that either POSCAPs or MLCCs are better than the other is a foolish statement. It's like saying that a ceramic mug can contain more water than a glass cup; it all depends on the size of the mug/cup in question.

Below is Gigabyte's statement in full.

In response to the recent reports speculating that the use of POSCAP capacitors on the GeForce RTX 3080/3090 graphics cards could lead to stability issues and crashes, we would like to clarify the issue with the following statement:

1. It is false that POSCAP capacitors independently could cause a hardware crash. Whether a graphics card is stable or not requires a comprehensive evaluation of the overall circuit and power delivery design, not just the difference in capacitor types. POSCAPs and MLCCs have different characteristics and uses, thus it is not true to assert that one capacitor type is better than the other.

2. The GIGABYTE GeForce RTX 30 graphics cards are designed in accordance with NVIDIA specifications, and have passed all required testing, thus the product quality is guaranteed. GIGABYTE GeForce RTX 3080/3090 GAMING OC and EAGLE OC series graphics cards use high-quality, low-ESR 470uF SP-CAP capacitors, which meet the specifications set by NVIDIA and provide a total capacity of 2820u in terms of GPU core power, higher than the industry’s average. The cost of SP-CAP capacitors is not lower than that of MLCCs. GIGABYTE values product integrity highly and definitely does not reduce costs by using cheap materials.

NVIDIA has released a driver (version 456.55) on September 29, 2020 that improves stability. Users are advised to update to the latest driver for optimized performance. For users who encounter power-related issues with GIGABYTE GeForce RTX 30 series graphics cards, GIGABYTE will provide product replacement, free of charge.

GIGABYTE has been constantly improving and optimizing product quality, especially in terms of thermal designs, to provide the best gaming experience to the consumers for decades. For the latest AORUS GeForce RTX 30 graphics card series, we have also paid extra attention to the cooling performance and introduced industry-leading solutions such as MAX-Covered Cooling to ensure that the operation of each component is stable.

A lot of gamers are now saying that companies have "cheaped out" by using POSCAPs/SP-CAPs on their RTX 3080/3090 designs. This claim is not true. As mentioned before, it all depends on the specifications of the capacitors that you use.

In Gigabyte's case, their RTX 3080/3090 Gaming OC and Eagle OC models use 470u SP-CAPs, more than doubling the hardware requirements of Nvidia's reference specifications. Has Gigabyte "cheaped out" on their RTX 3080/3090 designs, they would have used lower quality SP-CAPs.

Gigabyte has designed its custom RTX 30 series GPUs "in accordance with NVIDIA specifications, and have passed all required testing". Gigabyte has also stated that the "cost of SP-CAP capacitors is not lower than that of MLCCs."

With Nvidia's latest drivers, RTX 3080 and RTX 3090 users should not experience the same stability issues as before. If power-related issues persist, "GIGABYTE will provide product replacement, free of charge." 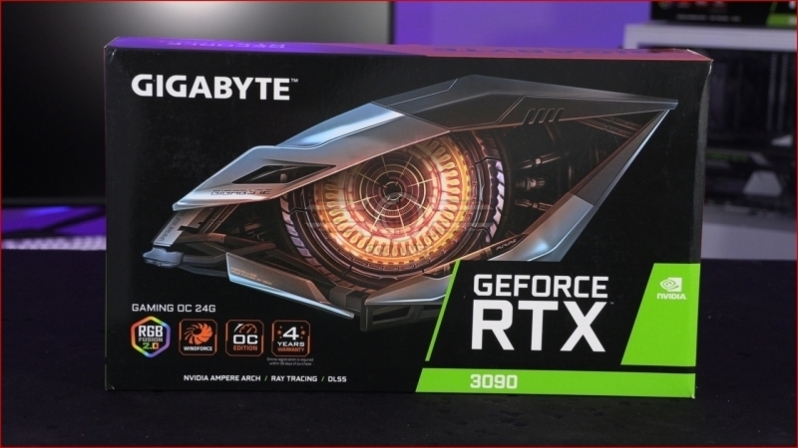 You can join the discussion on Gigabyte's statements regarding SP-CAP and MLCC capacitors on RTX 3080/RTX 3090 graphics cards on the OC3D Forums.

Warchild
Doesnt EVGA counter this arguement and state they have tested and verified this to be the cause?

I found this list so am curious how well it correlates to those with issues.

source from EVGA Jacob incase others want to click on the links within the table.

grec
It could be the cause(Or a major aggravating factor) for EVGA and not the cause for Gigabyte, depends on the rest of their power circuitry, also depends on which type of tantalum caps they selected ofc, Gigabyte confirm here they have some pretty high end caps, and well selected for high frequency filteringQuote

m2geek
Quote:
More like EVGA is just saying what people wanted to hear to shut them up for 5 minutes while nvidia pushed out the driver update. Stupid move tbh.Quote

WYP
Quote:
It is worth noting that there are multiple ways to fix some problems. EVGA wanted to address the problem without Nvidia drivers and changed components to do that.

This isn't a matter of MLCCs are better. We do not know what caps EVGA were using, and we, therefore, cannot discuss their quality.

They changed to something better, but that doesn't mean that a fix couldn't have been implemented with better SP-CAPs. It's a very complicated issue.

I'm no expert, but the situation is not just about MLCCs vs CP-CAPs. A lot of the blame here lies with Nvidia and their early drivers.Quote

Warchild
Quote:
That is also a stupid thing to say. You think EVGA want to tarnish their own rep as imo the best Nvidia GPU cards on the market?

Of course not. Why would they admit to being "cheap". They could have easily said its not their cards its the driver, and shift blame elsewhere which is often the case for big manufacturers. Also, why would MSI and ASUS modify their next cards to be released if there wasnt a modicum of truth behind it.Quote
Reply