It has 4GB of GDDR5 memory 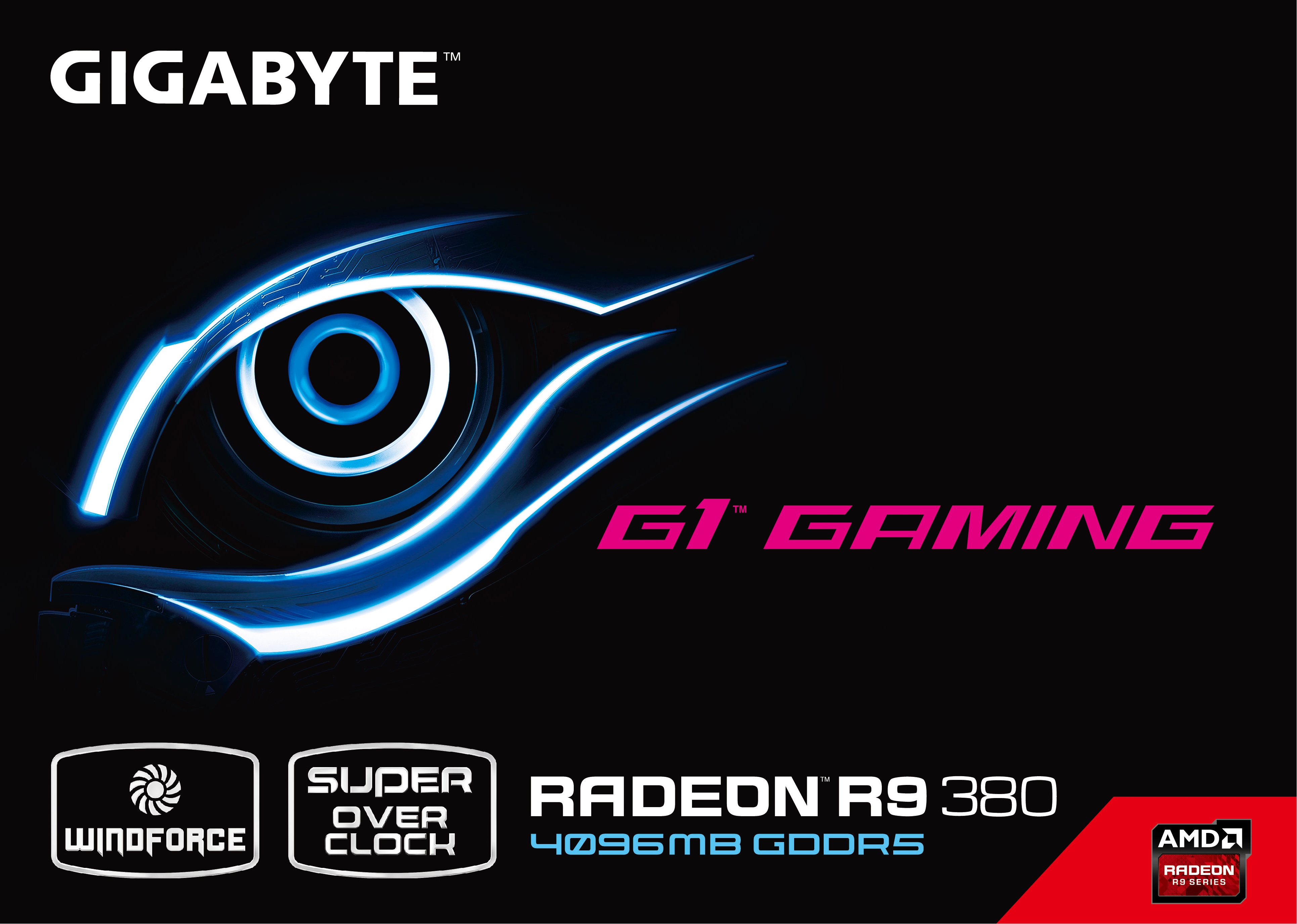 The leaked images are pictures of the packaging, detailing a lot of the GPUs features. For those of you who are into this: the R9 380 G1 Gaming does have a backplate, and it appears to be the right way around this time. The apparent R9 285 rebrand does, like I said before, feature 4GB of GDDR5 memory. WindForce branding isn't missing, with a blue LED on top of the card. There are LEDs beside the WindForce logo too, which will light up when fans aren't spinning. 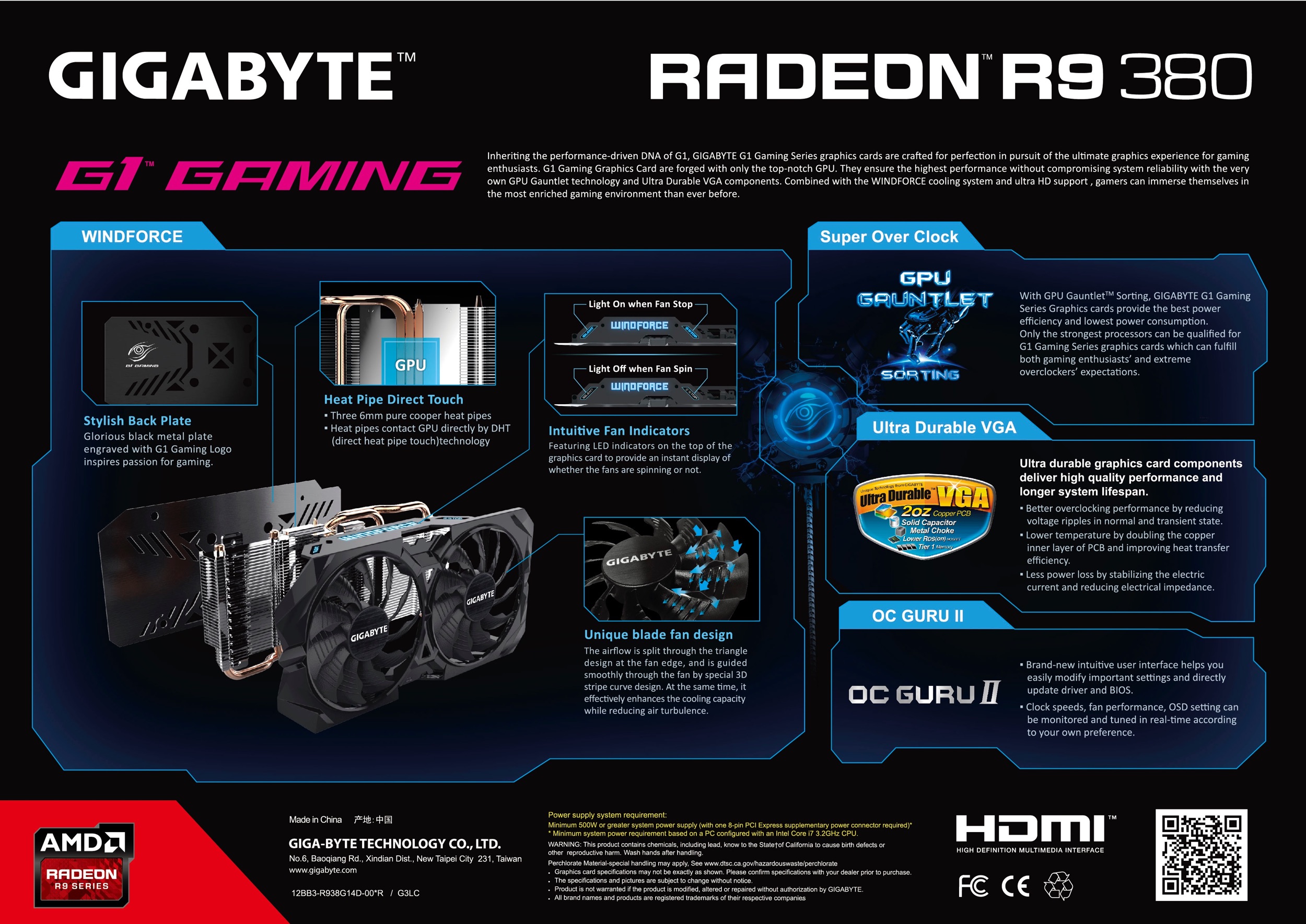 Features on the back of the packaging mention Ultra Durable components (just like we're used to), GPU Gauntlet Sorting (basically 'cherry picking', exclusive to the Super OC versions of the cards). The card will also have 'OC GURU II', which makes overclocking your card as simple as pressing a button (though it won't overclock it very far).

We at OC3D will keep you up to date on the Radeon 300 series GPUs.

Join the discussion on the Gigabyte R9 380 G1 Gaming on the OC3D Forums.

Packaging images of the Gigabyte R9 380 G1 Gaming have appeared online, and it has 4GB of GDDR5 memory.http://www.overclock3d.net/articles/gpu_displays/gigabyte_r9_380_g1_gaming_leaked/1

Emu
I kinda gotta wonder if this is fake or not. If it is a rebrand of the 285, would it actually run cool enough to have the fans not running? I know that the Nvidia cards run cool enough at idle to have the fans off. Also, why are there no supported features listed like the Windows logo, directx 12 support, etc? Another factor that leads me to believe that it might be a fake is that there is no card shown in the heatsink stack like all the other G1 Gaming boxes show.

This could be legit but in my opinion it is looking kinda fake... :\Quote

AverageNinja
Quote:
That, and I'm guessing this feature is included to see when your PC is on IDLE too.Quote

barnsley
Quote:
It probably works when the card is in 2d/powersaving clocks. To be fair when on low power/idle you could run alot of cards passively.Quote
Reply