Gigabyte Has A White RTX 2060 Graphics Card In The Works

Gigabyte Has A White RTX 2060 Graphics Card In The Works

It's good when a GPU manufacturer does something a little different, moving us a little further away from designs that are all too common within the industry.

While Gigabyte's recent Gaming PRO series of Geforce RTX graphics cards may not move away from the commonplace triple fan RGBified designs used by many of its peers. The company has made the bold decision of releasing a White Edition of many of their Gaming OC models, delivering an aesthetic twist that leaves everyone in the OC3D office a little mesmerised.

Yes, a colour change isn't that significant, but who else offers that option this generation? Yes, KFA2's EX White series do, but they ship with Nvidia reference clock speeds, which means that they sit below the Nvidia Founders Edition models.

For visual purposes, we have used images of Gigabyte's RTX 2070 Gaming OC White graphics card, though it is worth noting that the RTX 2060 Gaming OC Pro doesn't offer users a USB-C VirtualLink connection, which shouldn't be considered as a significant downside for end-users, as the connection isn't used on any shipping VR headset. 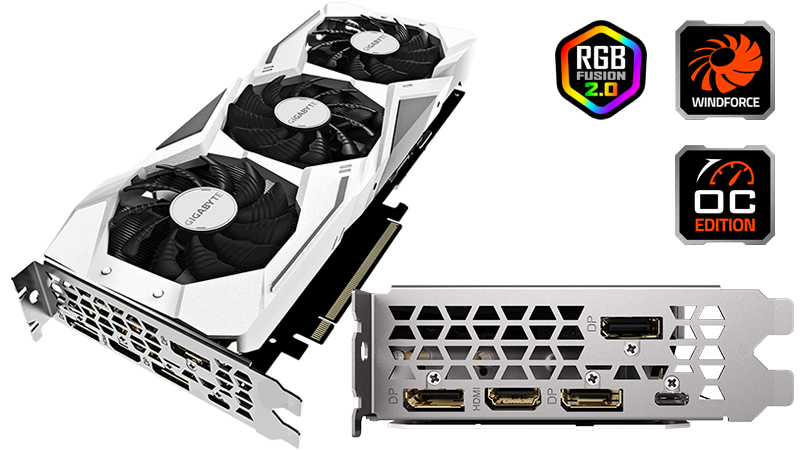 On the cooling side, the RTX 2060 Gaming OC Pro used the same cooler as its RTX 2070 counterpart, giving the GPU plenty of thermal headroom to work with. Power-wise, the RTX 2060 can function with just an 8-pin PCIe power connection, dropping the extra 6-pin that the RTX 2070 model offers. Otherwise, both graphics cards appear identical. 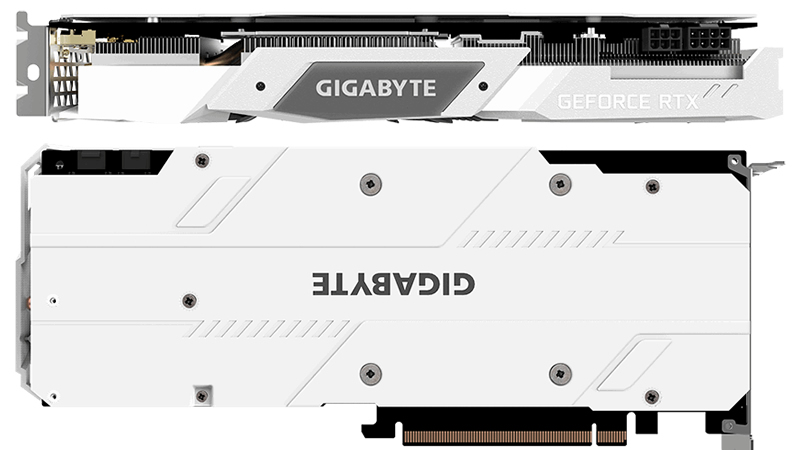 You can join the discussion on Gigabyte's planned RTX 2060 Gaming OC Pro graphics card on the OC3D Forums.

scubasteve
so happy its not a 2080 series cos i told myself be long time till i give gigabyte any more of my cash , but i would of buckled if it was a higher end model

HJ1mech
Quote:
They have a 2070 and a 2080 version of this card already. Prepare your knees lolQuote