Several conflicting reports have been spread over the past few days regarding Gigabyte's custom RX Vega GPU designs, with some reporting that Gigabyte is not creating a custom RX Vega 64 (Aorus?) while others are claiming that several RX Vega 64 and 56 models are in the works.
Hardware.info has reported that a reliable source has told them that the company is indeed creating a custom RX Vega 64 and that there would even be several models. The same source has also indicated that these GPUs would be hitting the market in mid-late October (Between October 16th and 27th).
We have asked Gigabyte for a comment on this, though to be honest if Gigabyte is creating a custom RX Vega 56, then a custom Vega 64 would almost certainly be on the cards, given the similarities in their designs. After all, the only difference is in their BIOS and their silicon, the PCBs can be the same for both Vega 64 and 56 models. 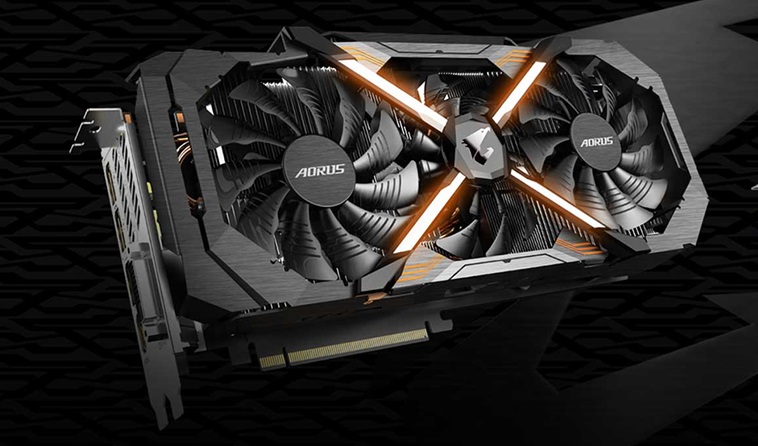 (A custom GTX 1080 design from Gigabyte)

ASUS has already delayed the release of their RX Vega Strix from September to October, with several reports stating that the supply of Vega silicon is limiting the ability of AIBs to create custom GPU variants.

One other issue with Vega is the inconsistency of RX Vega silicon, as several packages are available with differing characteristics when it comes to the height of the module's GPU and HBM2 memory silicon, making it difficult to create a cooler design that works with both types of Vega silicon with optimal thermal characteristics.

You can join the discussion on the confusion surrounding custom RX Vega GPU designs on the OC3D Forums.
«Prev 1 Next»

AngryGoldfish
If I'm anything I'm really curious to see how well they can wrangle in Vega and how much money they'd be willing to sell them for.Quote
Reply