Gigabyte brings back blowers with their RTX 3090 Turbo - Why?

Gigabyte brings back blowers with their RTX 3090 Turbo - Why?

With the release of Nvidia's RTX 30 series, the age of "blower-style" graphics cards were seemingly at an end. Seemingly all 3rd party RTX 3080 and RTX 3090 products were released with a triple-fan cooler with axial fans, removing blower fans from the consumer market almost entirely.

Most PC hardware enthusiasts dislike blower-style fans, with common complaints being their noise levels under load and their lacklustre cooling capabilities when compared to larger heatsink designs with multiple axial fans. This is the primary reason why Nvidia's latest Founders Edition graphics cards no longer use this type of heatsink.

The benefits of "blower-style" heatsinks are often overlooked by consumers, allowing practically all of the heat produced by a graphics card to exit systems through a case's PCIe brackets. This design aspect makes these heatsinks incredibly useful for those using compact cases, multiple graphics cards or other hit-running components. Most GPU heatsinks with axial fans push the heat from graphics cards into the user's case, increasing the internal temperature of systems and the thermals of the hardware inside.

Nvidia's RTX 3090 is a Titan-class product, offering users 24GB of VRAM and tonnes of AI and computational horsepower. These aspects make Nvidia's RTX 3090 graphics cards ideal for workstation workloads, where some users will no doubt see the utility of Gigabyte's Turbo cooler design.

With their RTX 3090 Turbo, Gigabyte's using an all-copper fin stack design with a direct touch vapor chamber to deliver the cooling performance than Nvidia's RTX 3090 core requires. On top of this, this graphics card also uses a metal cover and a metal backplate to help dissipate further heat. This graphics card isn't a cheap plastic-covered RTX 3090. 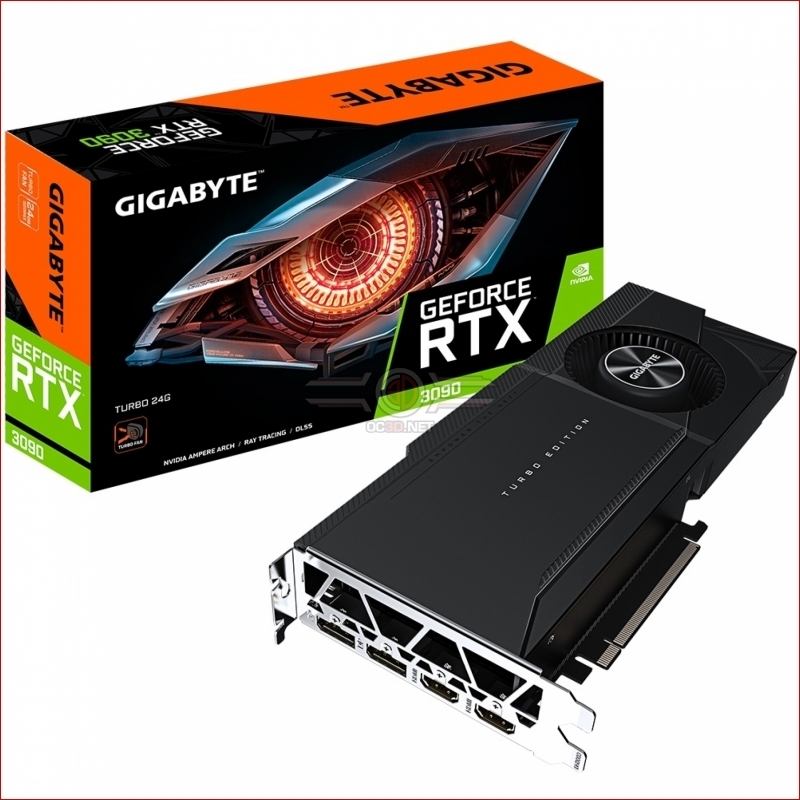 While this graphics card will not be viewed favourably by gamers, it utility to workstation users give it a right to exist within the consumer market. Only time will tell if other GPU manufacturers will tap into this niche with their own blower RTX 30 series designs.

You can join the discussion on Gigabyte's blower-style RTX 3090 Turbo graphics card on the OC3D Forums. 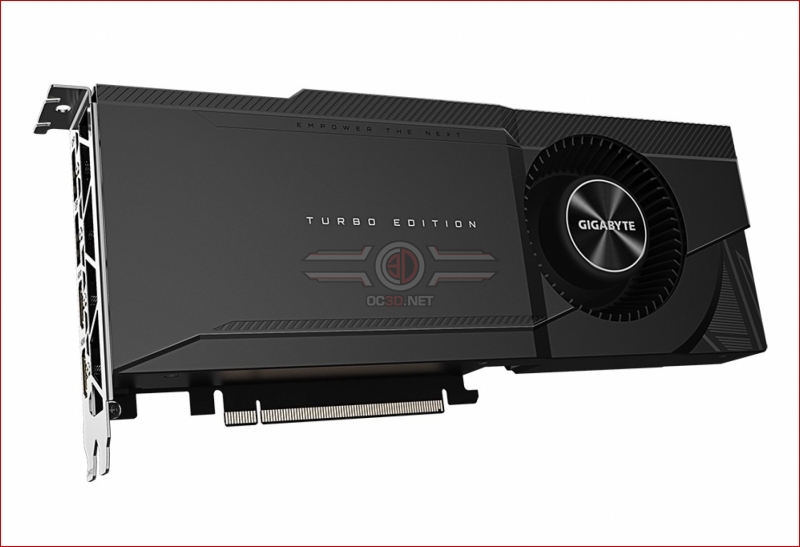 Warchild
Will be a proper SLI card for sure. Nothing beats a blower for that style setup when it comes to Air.Quote

Kieguru
If it's £50-100 cheaper it will be a watercooler's choice. Surely they just push these cooler out knowing they'll be taken off?

TBH they should just start shipping board only cards.Quote

Greenback
Quote:
There'd be a very limited market for them, and hard for people to sell on, with a cooler it fits in any pcQuote
Reply