Nvidia's RTX 3060 graphics card is for gamers, not miners. Today, Nvidia has confirmed to us that they will be hobbling the RTX 3060's Ethereum mining performance by 50%, making the graphics card less attractive to cryptocurrency miners.

Nvidia has claimed that their RTX 3060 "software drivers are designed to detect specific attributes of the Ethereum cryptocurrency mining algorithm", preventing the RTX 3060 from reaching its peak performance levels when mining Ethereum. To meet the needs of cryptocurrency miners, Nvidia will be creating CMP (Crypto Mining Processors) to help satisfy the market's demand for mining performance.

With this move, Nvidia has made a bold statement that their Geforce products are for gamers, not cryptocurrency miners. However, it remains to be seen how effective Nvidia's new drivers will be in hampering the RTX 3060's mining performance. If Ethereum mining is hobbled, would the graphics card be profitable when mining other cryptocurrencies? 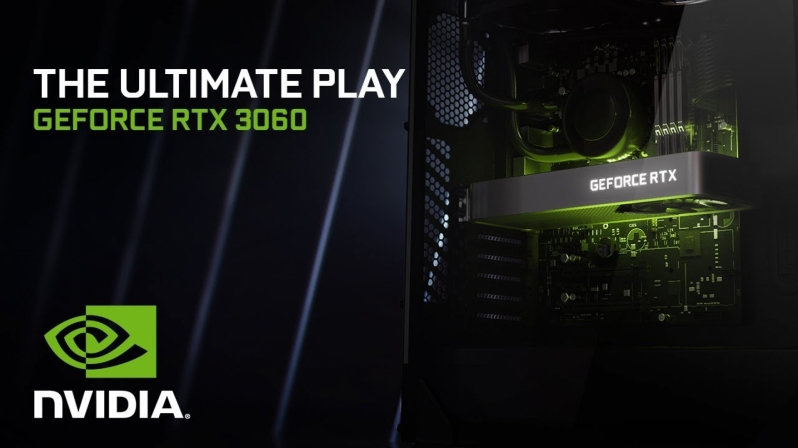 This move will undoubtedly please a lot of gamers, who have been unable to purchase new gaming products for months, thanks to the unsatisfiable demand of cryptocurrency miners. Only time will tell if Nvidia's crypto-blocking drivers will be effective with their RTX 3060, and we hope that Nvidia's competitors will follow suit with similar actions.

You can join the discussion on Nvidia hobbling the RTX 3060's mining performance to satisfy gamers on the OC3D Forums.

g0ggles1994
Give it a week or two and someone in the crypto scene will post a driver with the performance limitation removed, miners will use that as their 'official' driver, and thus we're back to square one.


It's a bold statement, I'll give them that. It will just not be enoughQuote

AlienALX
Depends whether this is a firmware block or just a software one. Either way it will be hard to bypass.

That said it could just be lip service as always. We'll see.

BTW I don't like the idea of all of these mining CMP or whatever they are called GPUs. Once the mining flops they are absolutely useless and will just end up as E waste with no other real purpose. Especially given Nvidia stop you from running them as gaming GPUs through your CPU's HDMI output now.

TBH I would rather not be able to get a GPU until the next round of mining implodes than tons of these cards being left with no purpose and thus ending in a landfill.

And either way, what good will this do when these mining GPU cores have to come from where? Samsung? which means it will still affect the amount of gaming GPUs they can make.

IMO? this is just a way for Nvidia to make more money. Make GPUs with no outputs etc (and therefore cutting the costs dramatically) whilst still taking the cores out of supply that would go to gaming otherwise.Quote

KingNosser
The big miners don't need anything other than the chip they can do the rest themselves, this will make no difference to them, it'll make it harder for you to do it thou lolQuote

AngryGoldfish
I don't see how this is going to help supply issues. As Alien said, the silicon cannot be manufactured fast enough. Whether you stick that silicon on a mining card or a graphics card for gamers, the silicon manufacturing is still the bottleneck.Quote
Reply