On September 1st, Nvidia is due to officially reveal its RTX 30 series of Ampere powered graphics cards, the company's first consumer-grade 7nm GPUs. Now, leaks for the series are appearing everywhere, with Gainward's RTX 3090 and RTX 3080 Phoenix graphics cards being the latest to appear online, courtesy of Videocardz.

With Gainward's RTX 3090 and 3080 Phoenix designs, the company plans to offer its customers a 2.7-slot design with a black and silver colour scheme, highlighting their units with RGB lighting. Both designs are triple fan models, and feature coolers which are longer than the PCBs of their graphics cards. 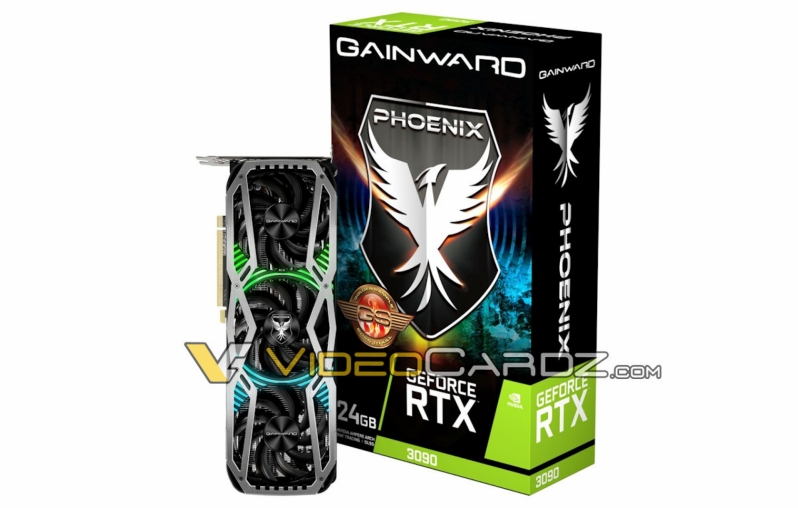 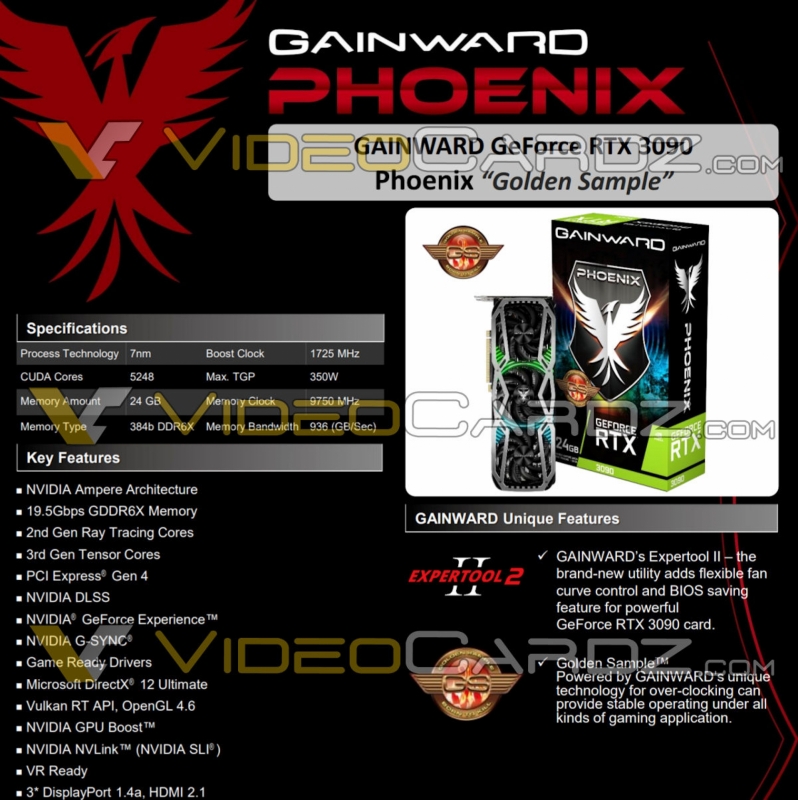 Below are the specifications of Gainward's Phoenix RTX 3090 and 3080 Golden Sample models when compared to Nvidia's Founders Edition models. The data in the chart below comes from data leaks and may be inaccurate. 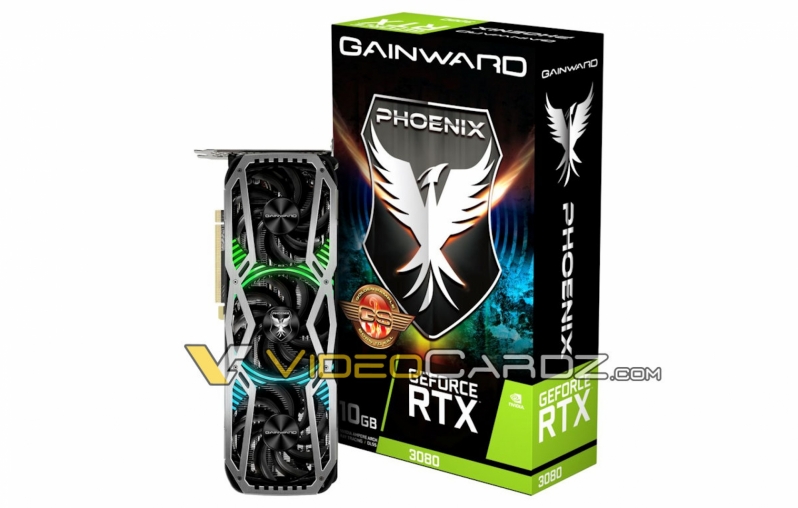 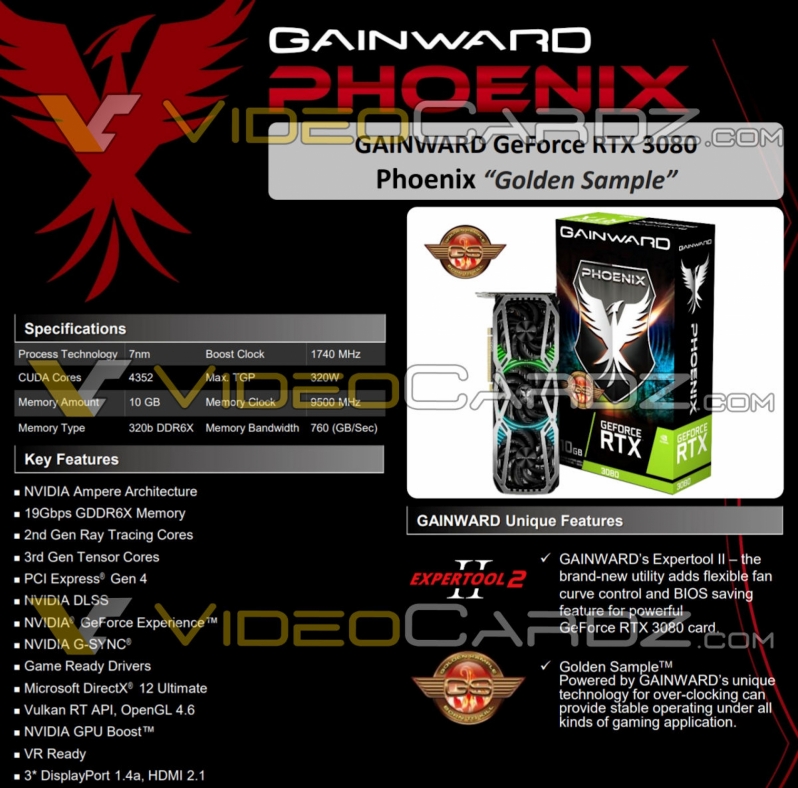 You can join the discussion on Gainward's RTX 3090 and RTX 3080 Phoenix custom models on the OC3D Forums.

Warchild
So one more picture here is missing. Showing the third fan looking like nothing but a passthrough. I don't see a PCB behind it so it seems like the PCB ends at the power connectors which look midway on the card.

Very odd. And reinforces my thoughts that these cards are not as big as we think.

Look through that backplate and you see the front fan, no pcb in sight.Quote

AlienALX
The 3080 uses less power than the 2080Ti, so the coolers won't be bigger than we are used to.Quote

Dawelio
Quote:
Interesting, so the 3080, which is replacing the 2080 Ti in terms of performance, uses less power. Yet the 3090, is like a real beast in terms of power usage.Quote

Avet
Quote:
There is quite big gap between 3080 and 3090. You can fit two cards between them. We still don't know RT and Tensor core count but I think 3090 will have many more.

Edit: And all that memory doesn't run on pixie dust. It pulls quite a lot of power.Quote
Reply