For a long time now many have assumed that FRAPS was dead, having not seen any updates or even progress reports since February 2013. Now it looks like the popular benchmarking software will be receiving an update for modern operating systems, as well as some software improvements.

Beepa, the developers of FRAPS, is currently working on FRAPS version 3.6.0 which will include support for Windows 10 and offer several bug fixes and improvements.

Last night I emailed Beepa support, who sent the following response after I asked them about any planned updates and potential future support for DirectX 12, UWP Applications and Vulkan.

Thanks for your inquiry.  Our developers are currently working on the next version of Fraps (3.6.0) which will include official support for Windows 10, as well as other minor bug fixes and improvements.

Unfortunately I am unable to provide you with a release date, however we do hope to have it available for download from our website as soon as possible.  I apologize for the inconvenience in the meantime. 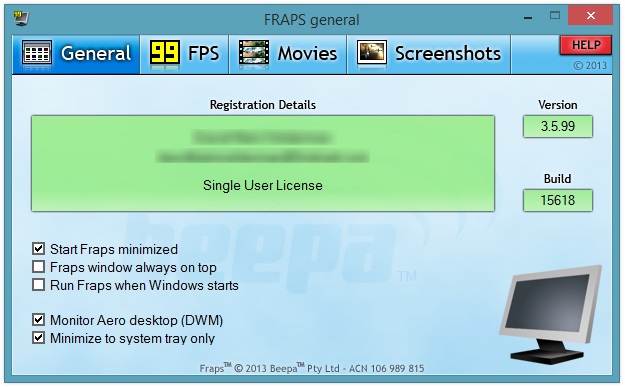 Sadly Beepa did not respond to my question regarding future support for modern graphical APIs like Vulkan and DirectX 12, but at least proper Windows 10 support is coming.

You can join the discussion on FRAPS 3.6.0 on the OC3D Forums.

Beepa is currently working on FRAPS version 3.6.0 which will include support for Windows 10https://t.co/DpqoHswmqN pic.twitter.com/aFUXNSnNAs

Dicehunter
I hope they fix the performance hit of using Fraps.Quote

Warchild
Do people still use FRAPS? FCAT is far better and tells a nicer story.

Unless you mean purely for video recording, then I will shut up

Dicehunter
Quote:
It's good for using the built in benchmark tool but that's about it as the video quality of other software such as Shadowplay and Action is easily on par with Fraps now.Quote

Warchild
Quote:
Exactly, thats why I wondered why people were still using it. Then again I guess AMD users cannot access Shadowplay.

I compared the FPS counter shown between FRAPS and afterburner and they are practically the same, so a nice combo these days is FCAT and Afterburner so we see the FPS and all the microstuttering that occurs, especially with SLI/Crossfire.Quote