Everyone is looking forward to see how DirectX 12 will perform, how much of a performance gain will we get? Will it have much of an affect on the GPU market?

Fable Legends is still a game which is a work in progress, but the guys and girls over at Extremetech have been able to use a benchmarking tool for the upcoming game, giving us a great chance to see how well AMD and Nvidia GPUs perform against each other.

To start off with Extremetech have benchmarked AMD and Nvidia's current Flagship GPUs, the GTX 980Ti and the R9 Fury X at the 3 of the benchmark's detail levels, with V-Sync turned off. 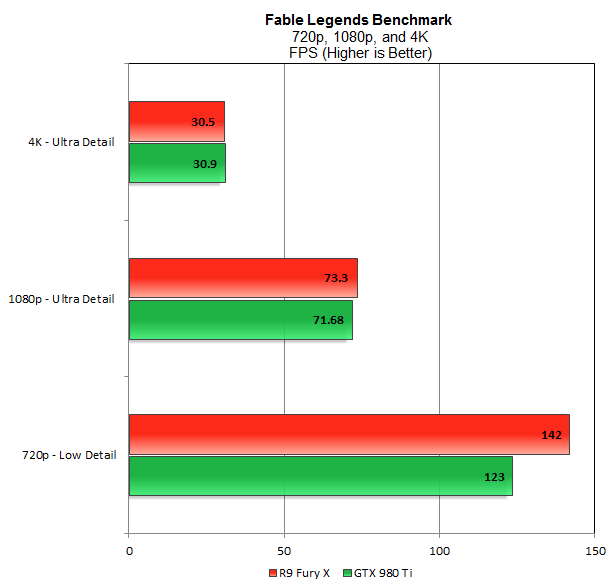 As ou can see above both flagship GPUs perform almost identically, with the AMD R9 Fury X winning in the 1080p and 720p benchmarks and the GTX 980Ti managing a slight lead at 4K.

If one were to just look at these two GPUs you could easily say that both perform very similarly in DirectX 12, but if you look at the more detailed set of benchmarks below you can see that AMD clearly comes out on top in the lower end of the market. 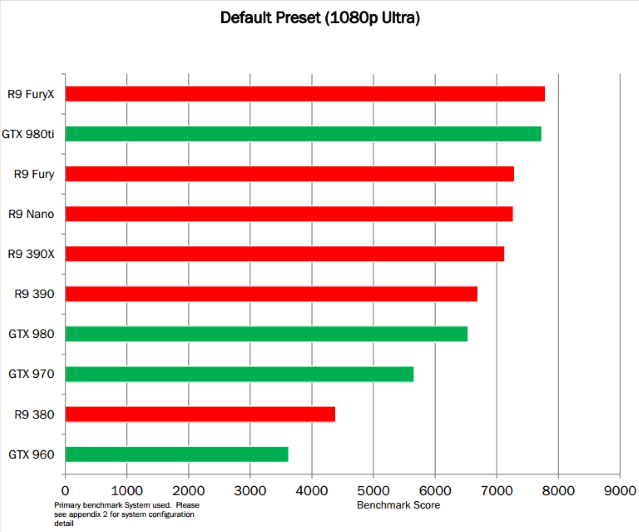 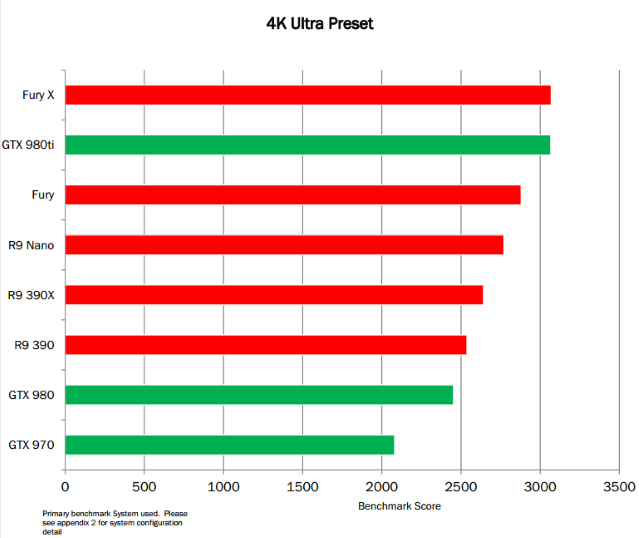 Right now we do not know if this is just a game specific advantage for AMD or if this will be the case for other DirectX 12 titles. With AMD having already gained a lead over Nvidia in Oxide Games' Ashes of a Singularity benchmark Nvidia have a right to be worried by DirectX 12, though they still have plenty of time to further optimist their drivers before any of these game s come to market.

You can join the discussion on Fable Legend's DirectX 12 Benchmarks on the OC3D Forums.

Fable Legends has just been benchmarked. With DX12 will AMD or Nvidia Come out on top? http://t.co/wc3377MG13 pic.twitter.com/87WDAHQUFE

NeverBackDown
Quote:
Wouldn't get to excited. AFAIK this game isn't even in the Open Alpha stage. We literally have no clue what it looks like

SPS
Quote:
There's loads of vids on youtube and they are in closed beta on xbox one atm.Quote

NeverBackDown
Quote:
Seriously?! I just heard of it like a month ago which is why I thought it was still early

Gonna check it out then