Is this a knockout blow for the Radeon RX 5600 XT?

At CES 2020, there have been rumours of an Nvidia RTX 2060 price drop, a move designed to undermine the launch of AMD's $279 Radeon RX 5600 XT. These rumours are false, but that doesn't mean that we shouldn't expect to see cheaper Geforce RTX 2060 graphics cards.

At CES 2020, EVGA has revealed a graphics card called the Geforce RTX 2060 KO Edition, a graphics card that's designed to launch with an MSRP for $299, a price point that's a lot cheaper than Nvidia's standard RTX 2060 pricing.

With this launch, EVGA plans to offer its customer a lot of gaming value, delivering the RTX features of Nvidia's high-end Turing offerings at pricing that matches Nvidia's premium GTX 1660 Ti models.

The RTX 2060 KO Edition from EVGA is designed to act as a knockout blow for AMD's Radeon RX 5600 XT, but looking at EVGA's RTX 2060 KO Edition does reveal a few shortcomings. One example of this is the KO Edition's display output options, which only extend to single HDMI, DisplayPort and DVI-D options. This output configuration isn't common for a graphics card that costs over $250. Even so, that's the drawbacks of such an affordable RTX 2060. 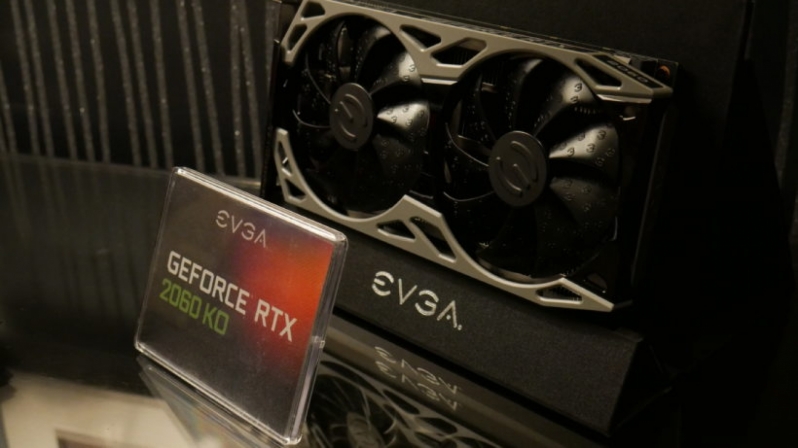 With its RTX 2060 KO Edition, EVGA plans to offer an unofficial price decrease for baseline RTX 2060 models, giving its customers more choice within the graphics card market. EVGA's delivering gamers cheaper RTX 2060 GPUs without the help of Nvidia, and that move deserves praise.

You can join the discussion on EVGA's RTX 2060 KO starting a cover price war against Radeon's RX 5600 XT on the OC3D Forums.

g0ggles1994
This will have a lot of cut corners to make it this cheap. It may do well in tests, but I don't think it will be a great GPU to live with over timeQuote
Reply