EVGA's teasing a new KINGPIN GPU, and its probably an RTX 3090 Ti

EVGA has a new flagship GPU in the works!

EVGA's KINGPIN series has just gotten a redesign - Is this the RTX 3090 Ti KINGPIN?

This new graphics card is likely to be based on Nvidia's unreleased RTX 3090 Ti graphics card, making the images below teaser for EVGA's next gaming flagship. Like its predecessor, the RTX 3090 Ti KINGPIN features an OLED monitoring display, easy to use voltage readout locations, and a hybrid heatsink solution that includes air-cooled and liquid-cooled elements.

Based on EVGA's teaser for their new E1 series of systems, EVGA has also confirmed that this new graphics card will use a what appears to be a 360mm liquid cooling radiator. 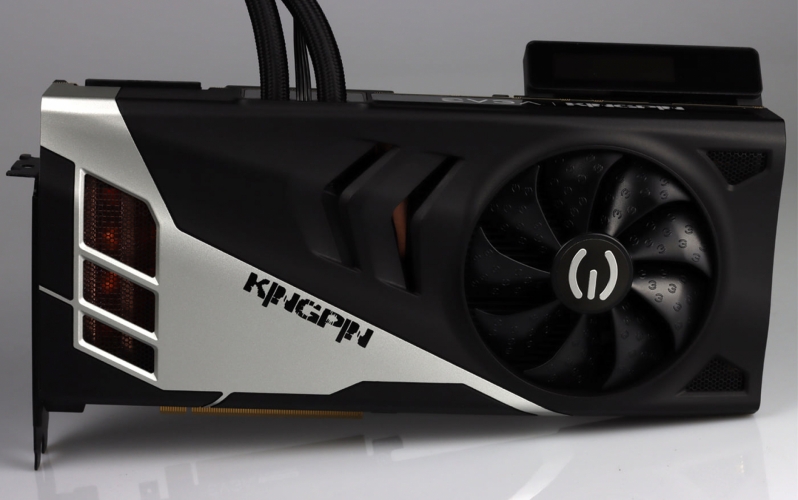 Looking at the PCB shot below, it looks like EVGA's RTX 3090 Ti KINGPIN will feature a new PCB design and will use a new power connector. The PCB image below does not have space for the three 8-pin PCIe connectors that its predecessor possessed, making it likely that this new graphics card uses a PCIe 5.0 power connector.

With 24 GB of 21 Gbps GDDR6X memory, 40 TFLOPS of compute performance and 78 TFLOPS of ray tracing performance, Nvidia's RTX 3090 Ti is a monster. While Nvidia has not revealed the exact specifications of their it's compute performance is around 12% faster than an RTX 3090, and its memory is around 7.7% faster. That's a hefty upgrade, though it remains to be seen how much these upgrades will benefit gamers. 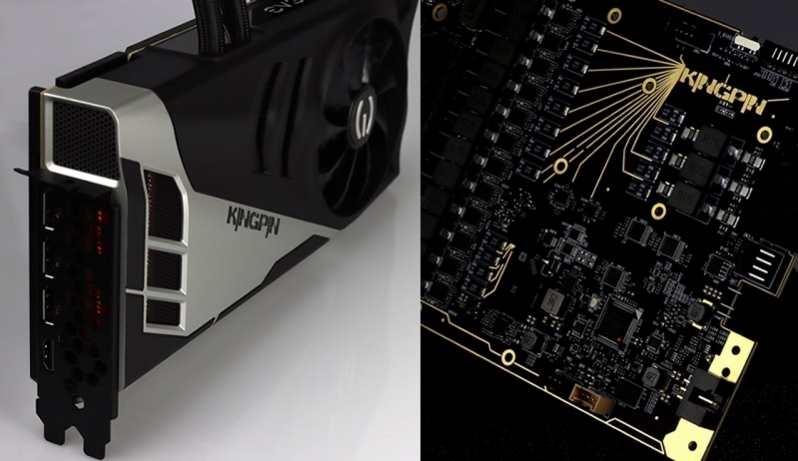 We expect EVGA to officially reveal its RTX 3090 Ti KINGPIN in the near future. This is where we should expect to see more information about the GPU's updated design, cooling solution, and performance.

You can join the discussion on EVGA's RTX 3090 Ti KINGPIN teaser on the OC3D Forums.