Some SUPER specifications have been confirmed

EVGA's RTX 2070 Super XC Gaming and RTX 2060 Super XC Gaming has appeared at the US retailer Amazon, confirming some of the specifications that the new GPUs will offer while giving us a look at the clock speeds of EGVA's premium designs.

For starters, the RTX 2060 is listed with 8GB of VRAM, a design change that's designed to specifically target AMD's upcoming Radeon RX 5700, which offers 8GB of GDDR6 memory, removing one perceived advantage that the Radeon cards offer. That, when combined with EVGA's listed Boost clock speed of 1695MHz and the card's expected increase in CUDA core count will give the RTX 2060 Super a clear advantage over Nvidia's original RTX 2060 performance-wise. 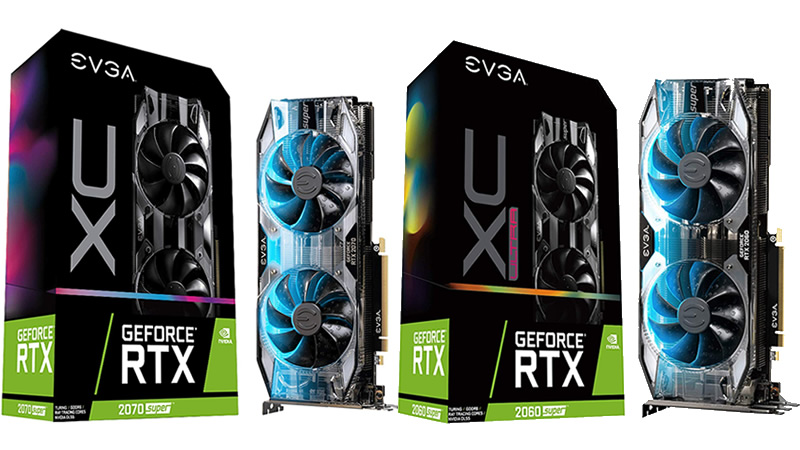 You can join the discussion on EVGA's RTX 2060 Super XC and RTX 2070 Super leaking via Amazon US on the OC3D Forums.