Nvidia's Geforce GTX 1660 Ti has been rumoured for quite some time, with the increasing frequency of data leaks suggesting that the GPU's launch will be in the very near future.

Now, courtesy of Videocardz, we have a look at two GTX 1660 Ti models from EVGA, both of which are designed to fit within the compact Mini-ITX form factor and be cooled by a single axial fan.

Both of these models feature the same cooler design, with the main differences between both graphics cards seemingly coming from clock speeds alone. The Geforce GTX 1660 Ti Black model likely ships with Nvidia's reference clock speeds, while the premium GTC 1660 Ti XC will likely sport a factory overclock. Both models ship with GDDR6 memory and use Nvidia's Turing shaders, which offer distinct performance advantages over Pascal in a lot of modern game renderers.

Videocardz has reported that Nvidia's GTX 1660 Ti will launch on February 22nd, a date which is less than two weeks away. 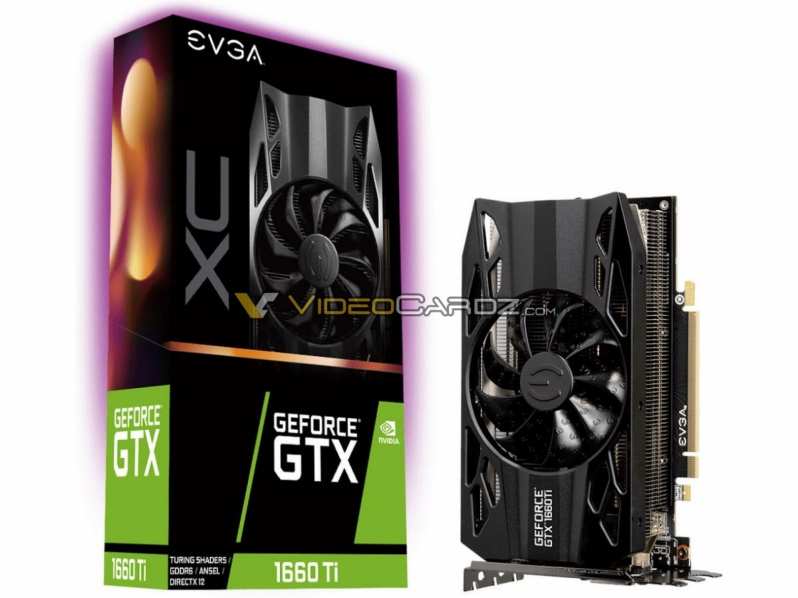 You can join the discussion on EVGA's Geforce GTX 1660 Ti graphics card on the OC3D Forums.