Today we have our first proper look at EVGA's new GTX 1080 Ti KINGPIN edition, which has been designed in collaboration with the world famous overclocker Vince "Kingpin" Lucido.
This new GPU with come with a new all-copper iCX cooler design and a fully custom PCB which is designed to be LN2 ready and come with a lot of interesting design features like the rear mounted power connections and the single slot PCB design.
What EVGA promised with this GPU is a guaranteed overclock of 2025+MHz and the ability to turn this GPU into a single-slot graphics card with the company's own custom Hydro copper water block. 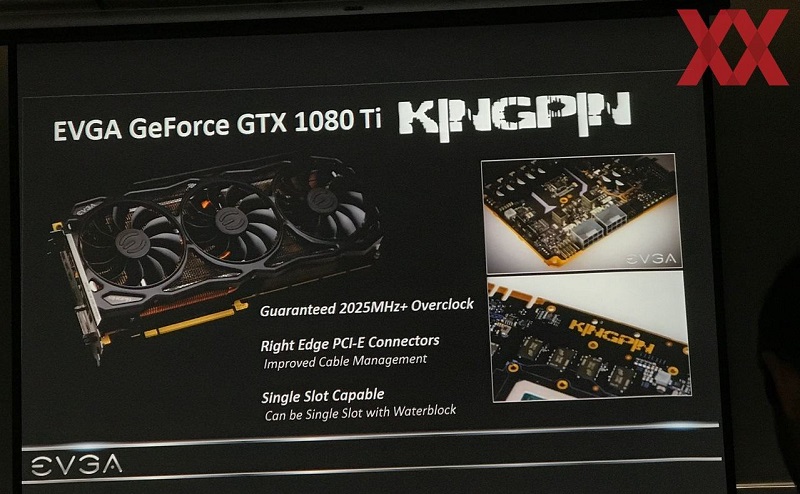 Looking at the PCB of this GPU we can see that it offers a 10-phase power design and has what looks like a third SLI connector at the rear of the GPU, around where power inputs are typically present on GPUs. EVGA has not revealed what this new connector is for, though it is expected to be related to the GPU's power management.

On the GPU's rear IO we are greeted with a single DVI-D connection, a single HDMI 2.0b connection and three mini DisplayPort 1.3/1.4 connections, which allows this GPU to be converted into a single slot card when used with a water block and a new PCIe slot cover. 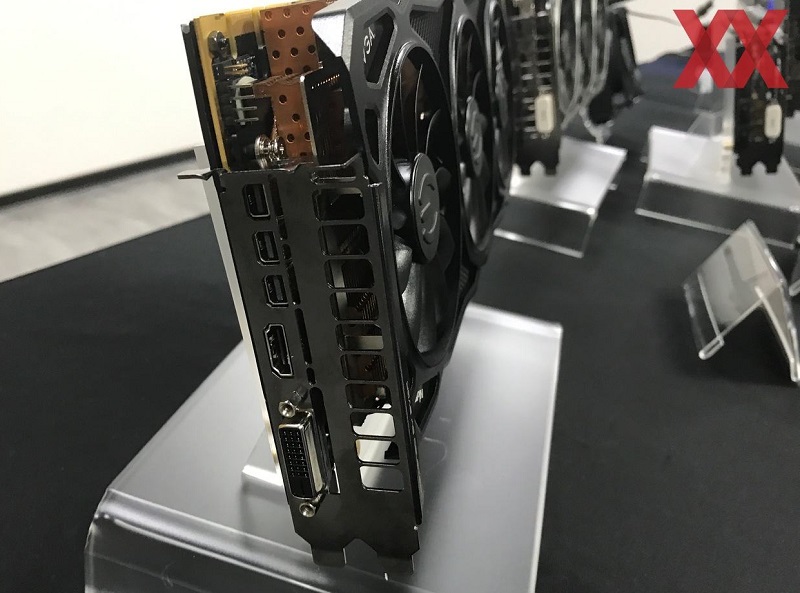 At this time EVGA has not revealed all of this GPU's features of its pricing, though that is expected to be revealed sometime within the next week.

You can join the discussion on EVGA's GTX 1080 Ti KINGPIN Edition on the OC3D Forums.

Kaapstad
Guaranteed manual overclock of 2025mhz on air, EVGA are going to have to do better than that.

Some more pics of the card.

evilcorp
Quote:
I agree. 2025mhz isn't enough to tempt me this time. Evga will probably bin a load of cards and sell them off like the gtx 980ti kingpin.

Kaapstad what's the best overclockers you have in your cards? Do you have any that are clearing 2125mhz stableQuote

Kaapstad
Quote:
Probably my watercooled Titans, they can sometimes reach 2126mhz depending on what they are running.Quote

Dicehunter
Quote:
That's it we need an intervention, We need to set you up with a woman ASAP !

Dawelio
Quote:
You are seriously like Tony Stark when it comes to graphics cards dude.Quote
Reply