Need your boost clock on lock? EVGA has the solution

Do you miss the old days of overclocking? The time when you could guarantee a fixed clock speed that never dips or varies during gameplay? EVGA is bringing back old-school overclocking with it's Precision X1 overclocking software, taking away the variation that other overclocking methods provide.

Traditional overclocking comes via EVGA's "Boost Lock" feature, which allows the company's Precision X1 overclocking tool (version 0.4.8.0 or newer) to be configured with an absolute clock speed. No offsets, no nonsense, a fixed GPU clock speed. Want a fixed 2GHz overclock? This is the way to achieve that.

While this is a neat add-on for EVGA's overclocking tools, it is worth noting that the company's "Boost Lock" feature has a downside. It's locked clock speeds are absolute, which means higher idle power consumption and higher idle thermals. You fixed clock speed will remain fixed even at your PC's desktop and during even the lightest of workloads. Perhaps EVGA can improve this feature with idle clock speeds in time, but for now, a fixed clock speed is well and truly fixed. 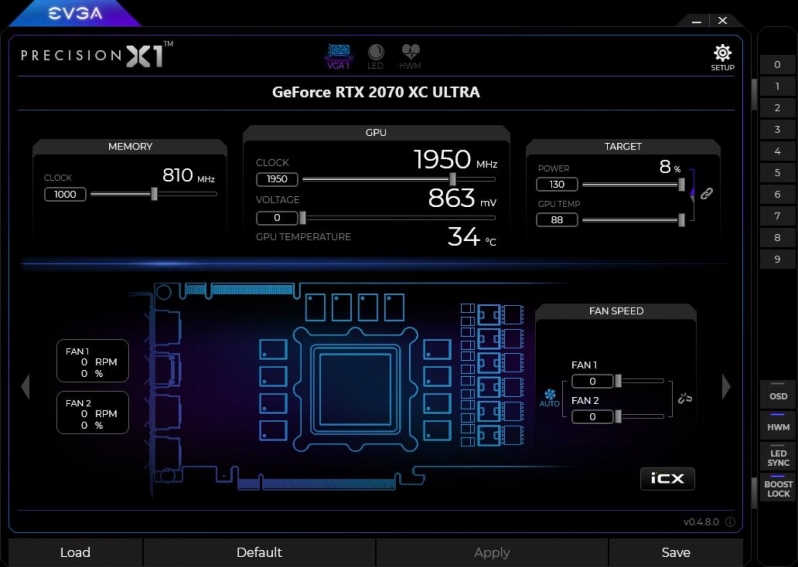 Many overclockers will appreciate the certainty that EVGA's "Boost Lock" feature will provide, though it is worth mentioning that there is nothing wrong with Nvidia's standard overclocking tools. This is a feature that's designed for users where certainty trumps all else, or simply desire a nostalgia fix to remind them of the era before Nvidia's precision boost.

You can join the discussion on EVGA's Precision X1 overclocking tool gaining an old-school overclocking feature on the OC3D Forums.