This GPU is listed on EK's web store for $1249.99, making this GPU one of the most expensive gaming cards on the market, offering an overclocking oriented PCB design with a 10+3 phase VRM, 9 thermal sensors on the card's PCB and integrated RGB illumination.
Even with this GPU's single slot design, EVGA has managed to deliver a full assortment of display outputs on the GTX 1080 Ti K|NGP|N Hydro Copper, offering three mini DisplayPort 1.4 outputs, a single HDMI 2.0 output and a single DVI output. This is identical to most GTX 1080 Ti GPUs on the market, aside from the change from DisplayPort to Mini DisplayPort connections. 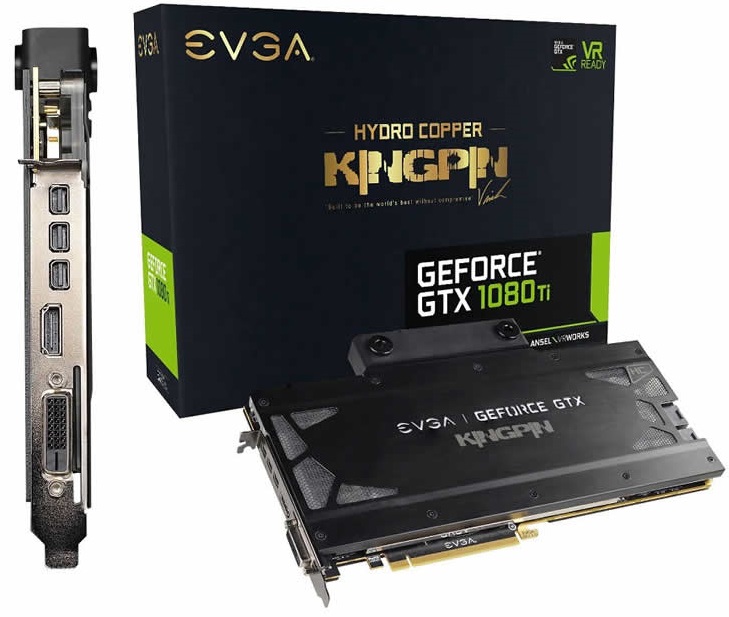 Out of the box, this GOU will ship with three mini DisplayPort adapters for HDMI, DVI and full-sized DisplayPort, alongside an Allen wrench for disassembly, a GPU voltage reading accessory and two 8-pin to 2x6-pin power adapters.

EVGA ships this GPU with a guaranteed 2025+MHz overclock, with K|NGP|N GPUs featuring EVGA's highest binned silicon, which should provide some impressive overclocking results when combined with water cooling and EVGA's overbuilt PCB. The power connections on this GPU are placed at the bottom rear of the GPU, ensuring great cable management and a cleaner overall aesthetic. 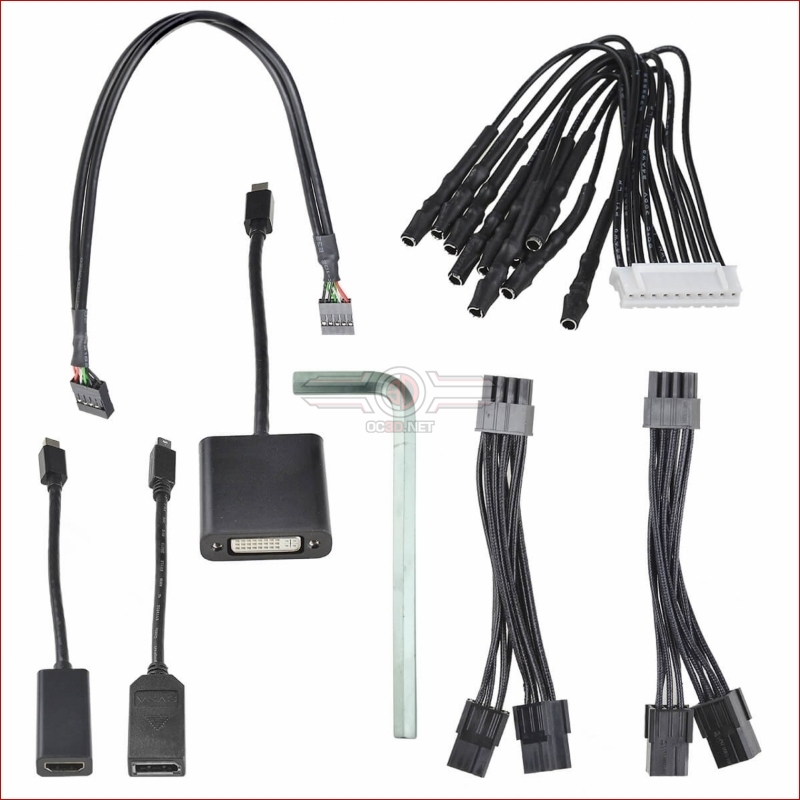 You can join the discussion on EVGA's GTX 1080 Ti K|NGP|N Hydro Copper GPU on the OC3D Forums.

Kaapstad
Too little, too late and too slow.

Did anyone mention the price lol.Quote

Kaapstad
Quote:
You can probably get a Stars Wars Titan Xp for less lol.

The Kingpin 980 Ti was a fantastic card, the 1080 Ti Kingpin has been a dead loss in nearly all ways.Quote

A Titan Xp I can understand if someone wants the bleeding edge or hell even the Star Wars Titan Xp as it genuinely looks immense but paying over £700 for a 1080 Ti which is a cut down chip, In my opinion is where people should seriously start questioning their sanity.Quote