The Eve Spectrum series is a range of crowd-designed monitors which have been created with the input of PC gamers in mind, ensuring that range delivers the specifications and features that the gaming market desires. On this high-end, these screens can offer 1440p resolutions at 240Hz, a feature which appears to be a first for an IPS gaming monitor.

Today Eve, a Finnish start-up, has revealed three monitors that are due to release in 2020, all of which use LG's 1ms IPS gaming monitor panels. These screens also deliver HDR support, and support screen refresh rates of 144Hz (or over) with both G-Sync Compatability and a FreeSync Premium Pro certifications.

Eve's three Spectrum monitors are defined by their resolution, refresh rate and HDR support, with Eve releasing each of these displays with VESA mount compatibility, and without stands, allowing users to save $99/€99 if they already own a VESA compatible monitor arm. All of these screens are 27 inches in size.

Above the QHD 144Hz model is the QHD 240Hz, which ups the screen's refresh rate to 240Hz with a variable refresh rate (VRR) range of 48-240Hz, and the screen's HDR rating to DisplayHDR600. This screen uses an LG IPS panel and can deliver typical brightness levels as high as 650 nits and peak brightness levels as high as 750 nits. The screen also supports 10-bit colour (8-bit + A-FRC).

Those who want a sharper image can opt for Eve's Spectre 4K 144Hz, which will cost $599/€599 and deliver gamers a VRR range of 48Hz to 144Hz. The screen also meets VESA's DisplayHDR600 standard and offers the same peak and typical brightness levels as the Eve Spectrum QHD 144Hz. 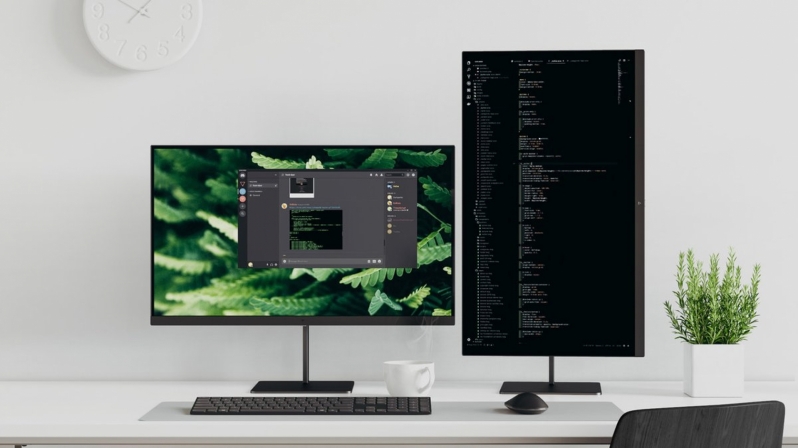 When looking at Eve's Spectrum range, it's easy to see that the range will tick a lot of boxes for gamers, offer competitive pricing, high-end specifications and an aesthetic that's well suited to gaming rooms and offices alike.

Unlike other monitors, Eve's Spectrum series is designed to offer "integer-ratio upscaling" for low-resolution input signals, offering display-level integer scaling. This feature allows low-resolution inputs to look sharp on Eve's screens, which is excellent news for fans of some classic PC games.

You can join the discussion on Eve's crowd-designed Spectrum gaming displays on the OC3D Forums.

spolsh
But will anybody actually receive their displays ? Seems Eve have a bit of a reputation for not delivering the goods (or refunds).

Warchild
Its interesting, but while it might perform. The longevity is what concerns me.

If ASUS cant get that part right, what happens with these new kids on the block. Do they have the RMA strength a proper manufacturer should have? Or will these monitors survive the test of time?Quote

Deadtroopers
I'll look into this fourth quarter of 2021 when the results are in, too many caveats here to do otherwise.

I'm using an LG monitor with an LG panel at the moment. Good monitor; the only complaint I've got about it is it was advertised as 1600 but it was immediately obvious it was 1440. The price was good; the monitor is large; so to much of a hassle to return - especially at the price point I picked it up at.

If the manufacturer of the panel can't do a completely bang-up job; I'm certainly not going to buy from a start-up with an already poor reputation that looks awfully like a scammer.Quote

NeverBackDown
Quote:
Just to add on here
I saw over on Reddit that while this is using an LG display it's a 1080p display. So how in the world are they using a 1080p display for 1440/4k resolutions that are at that max range if refresh rate?