Nvidia's Titan V GPU is a strange product, offering the highest single-GPU performance levels on the market with a price tag that is considered by many as insane. This graphics card delivers a total of 5120 standard CUDA cores, 33% more cores than the Titan Xp for $2,999 (£2700 in the UK).

While this GPU can be considered as good value if you utilise it for deep learning applications, this graphics card is insane for the gaming market and in some ways disappointing due to its use of a reference style GPU cooler, albeit a golden variant. Many of this GPU's buyers want the GPU to run cool and quiet, with the cost of a standard water block being almost inconsequential when compared to the GPU itself.

EK is the first water cooling manufacturer to take on the Titan V, teasing an upcoming EK-FC Titan V water block on their official Twitter feed, hinting at a release within the next few days. It will be interesting to see how far Titan V owners will be able to push Nvidia's 12nm Volta architecture under liquid cooling, bringing Nvidia's top-tier GPU to even higher performance heights. 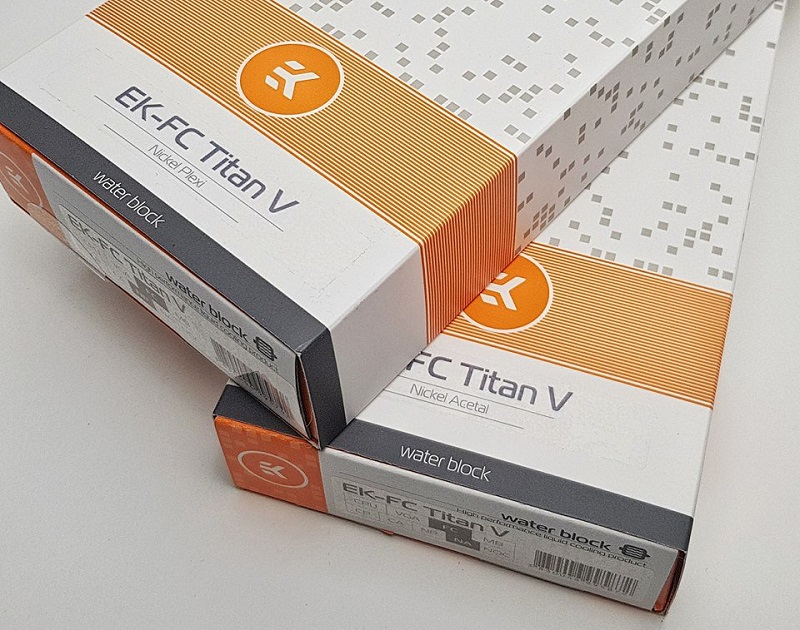 At this time EK has not revealed the pricing or release date of this GPU, but knowing EK, it is likely that they will officially launch this new water block within the next few days.

You can join the discussion on EK's upcoming Titan V water block on the OC3D Forums.

Bartacus
If I had a Titan, I'd water cool it. Just not with overpriced EK garbage. HeatKiller FTW!Quote

Avet
Quote:
Anything above 1080 deserves watercooling. Especially Titan. Under 1080 it is just for the looks. Not needed. With 1080 you can go either way.

I also like Watercool products more. But they lack VRM heatsinks. That really goes to my nerves.Quote