The wait is almost over

The wait is almost over, EK Water Blocks is almost ready to ship their first AMD Radeon VII water block to the masses, teasing their custom cooler design on the company's Twitter account.

EK's teasers suggest that the block will be available in both pure copper and nickel plated copper forms and feature a design that is similar to the company's modern Vector series blocks, offering Radeon VI lettering on the side of the graphics card as well as a subtle R logo that's etched on to the block itself.

At this time the pricing and availability of EK's Radeon VII water block are unknown, though it is expected to release within the next week, as is common with most of the company's Twitter teasers. Block pricing is expected to be consistent with the company Vector series of RTX GPU water blocks.

Back in 2017, EK released a report which claimed that their RX Vega 64 offered a 9% performance boost and a 4% reduction in power draw by trading AMD's reference blower for the company's full-cover water block. Perhaps the Radeon VII would see similar benefits when liquid cooled. I guess we will just have to wait and see. 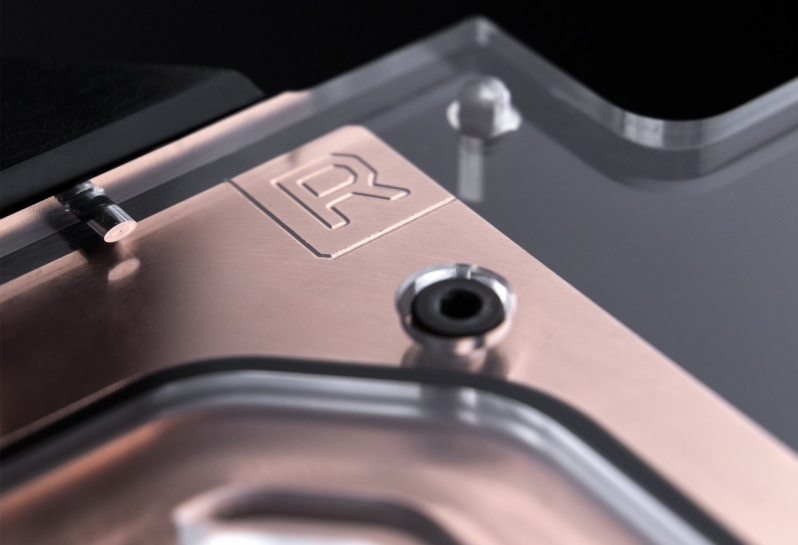 You can join the discussion on EK's Radeon VII Full Cover Water Block on the OC3D Forums.